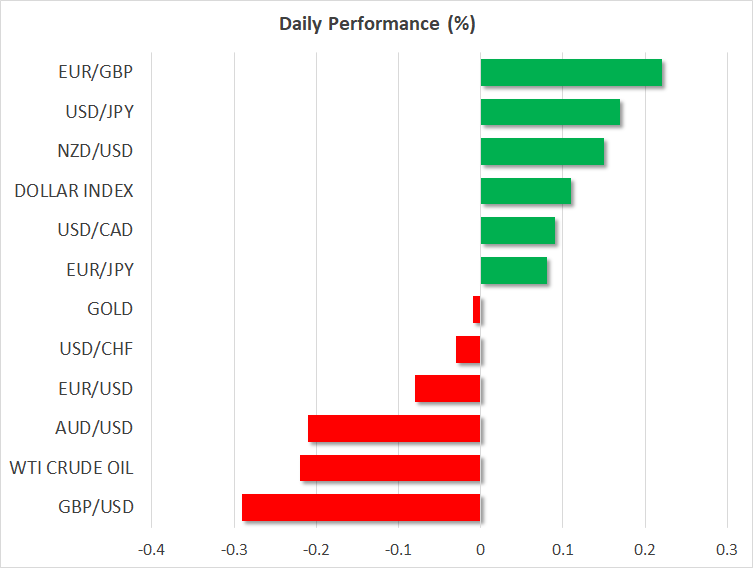 Dollar looks to US retail sales and Powell’s remarks

The greenback recovered some ground to start the week, in the absence of any noteworthy US news to drive the price action. That may change today though, with the release of the nation’s retail sales stats for June and a speech by Fed chief Jay Powell (17:00 GMT) likely to provide ample of excitement.

Most of the focus could fall on the retail ‘control group’ – the measure that excludes autos, gasoline, and construction materials, and which is used in GDP calculations. Since this will be the final major data set before official GDP prints for Q2 are released next week, it may be crucial in shaping the narrative around how deep the Fed will cut on July 31.

Markets continue to price in a ~25% probability for a ‘double’ rate cut of 50 basis points, which frankly seems “overdone”, as even the most dovish Fed official – James Bullard – noted lately. Hence, the dollar may have some more scope to rebound in the coming days, if incoming data remain decent enough to allay expectations for such an aggressive course of action.

Brexit news flow has been scarce recently, and will likely remain so until next week, when Boris Johnson is expected to become Prime Minister. Meanwhile, the pound continues to be battered by a double whammy of fears for a no-deal Brexit, as Johnson has been adamant that the UK will leave in October “come what may”, coupled with expectations for a dovish turn by the Bank of England soon.

Employment data for May are due today, and with markets pricing in a ~40% chance for a rate cut by year end, they may be important. Overall, the outlook for the pound remains bleak, as a no-deal Brexit is looking more realistic by the day. That said, a potential ‘saving grace’ for the British currency may be US dollar weakness in the long term – as the Fed cuts rates more than other central banks – which limits any severe losses in sterling.

In New Zealand, the local dollar is trading at three-month highs versus the greenback today. The nation’s inflation data – released overnight – were in line with expectations, so the kiwi’s reaction was limited. Investors still expect an August rate cut by the RBNZ, as trade tensions and a weak data pulse domestically amplify the case for more stimulus.

In the EU, Parliament will vote today on whether Ursula von der Leyen will become the new President of the Commission – arguably the Union’s most important branch. Markets typically overlook such events, but this time may be different as her appointment has faced pushback, mainly by the Greens. A rejection could heighten political uncertainty, and perhaps impact the euro a little.

Elsewhere, the US earnings season continues with JP Morgan Chase, Wells Fargo, Goldman Sachs, and Johnson & Johnson being the most notable names releasing their results today. 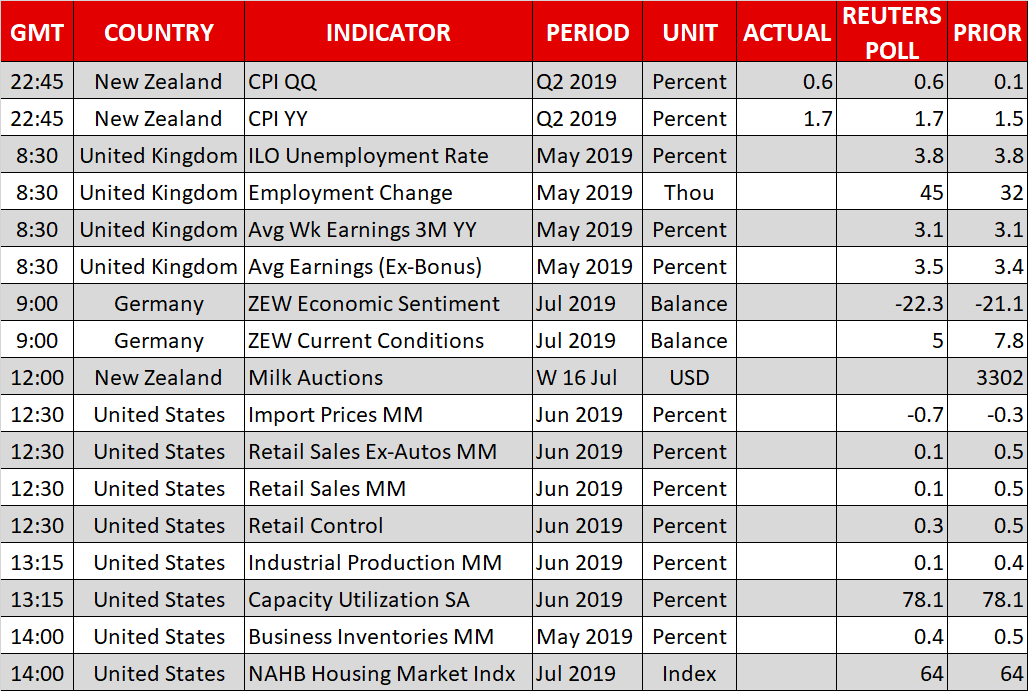