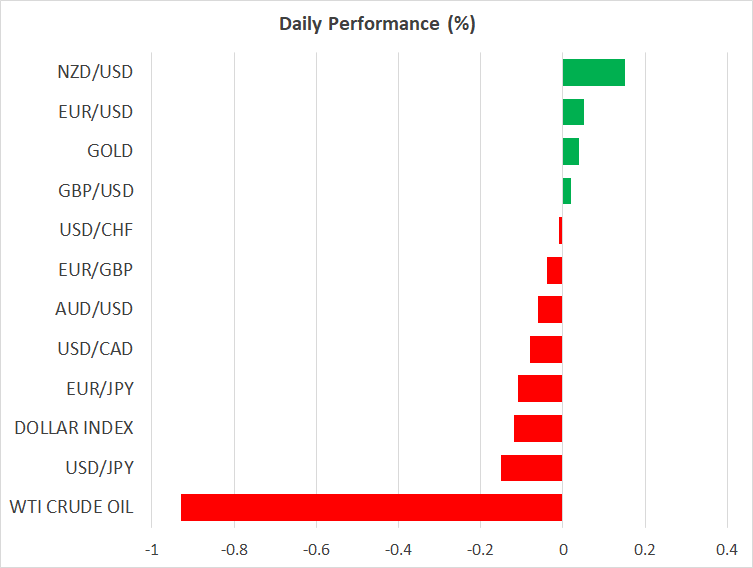 Global markets are torn between conflicting narratives, with fears around new virus restrictions in Europe that could cripple the recovery being mostly neutralized by lingering hopes for a king-sized US stimulus package. European concerns kept investors on the defensive early on Thursday, pushing them into the safety of the dollar as global stocks tanked, but things diverged as North American traders came in.

Wall Street staged a powerful comeback to erase almost all its losses after President Trump intervened, indicating that he could raise his stimulus offer beyond $1.8 trillion and that a deal can still happen before the election. Senate Majority leader McConnell added that if a relief package doesn’t pass before the election then it will afterward, a view that was later echoed by House Speaker Pelosi.

The barrage of positive remarks injected a fresh dose of optimism into equities, bonds, and crude oil, but the currency market had its reservations. The defensive dollar barely retreated, as FX traders did not want to touch the euro or the pound, which are mired in economic and political risks.

Storm clouds continue to gather over the euro area, with France reporting a dramatic new record in infections on Thursday, jumping above the 30,000 mark. Germany and Italy set new negative records of their own lately. These are the three largest economies in the Eurozone, the fourth being Spain, where cases seem to have stabilized but at a frightening level. 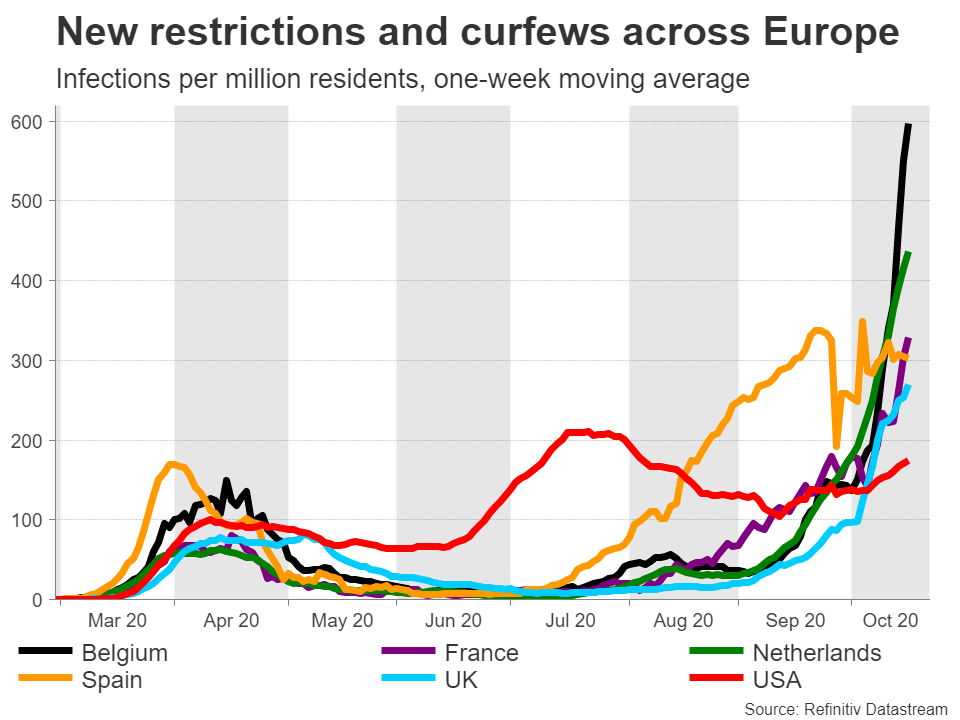 All these nations have imposed new restrictions, ranging from limits to how many people can gather to outright curfews, which threaten to derail the economic recovery. With some businesses shutting down and others operating at minimal capacity, not to mention consumers turning more defensive, economic activity will inevitably slow and deflation could become entrenched.

The cherry on top is that fiscal policy is unlikely to play as big a role in cushioning the economy as it did earlier, as the European recovery fund is stuck in the bureaucratic pipeline and government deficits have already ballooned. Markets do not seem to fully appreciate all this yet, but they might once chatter about another growth contraction in Q4 picks up.

The ECB will almost certainly have to act again soon, even if it doesn’t really want to. Therefore, the near-term risks surrounding the euro remain to the downside, though euro/yen may capture any weakness better than euro/dollar, which is preoccupied with the US side of the equation amid the election.

The British pound has become the financial equivalent of a pinball machine lately, bouncing up and down without much direction as Brexit headlines hit the wires. It dropped sharply yesterday after the EU showed no urgency to intensify the negotiations, but is on the mend today as PM Johnson is expected to announce that talks will continue.

In the US, besides the stimulus talks, markets will also keep a close eye on the latest retail sales, which could shed some light on the health of the consumer.

Finally, New Zealanders will go to the polls on Saturday to elect their new government. Opinion polls suggest a decisive victory for incumbent Prime Minister Jacinda Ardern, in which case the kiwi could open with a small gap higher on Monday. 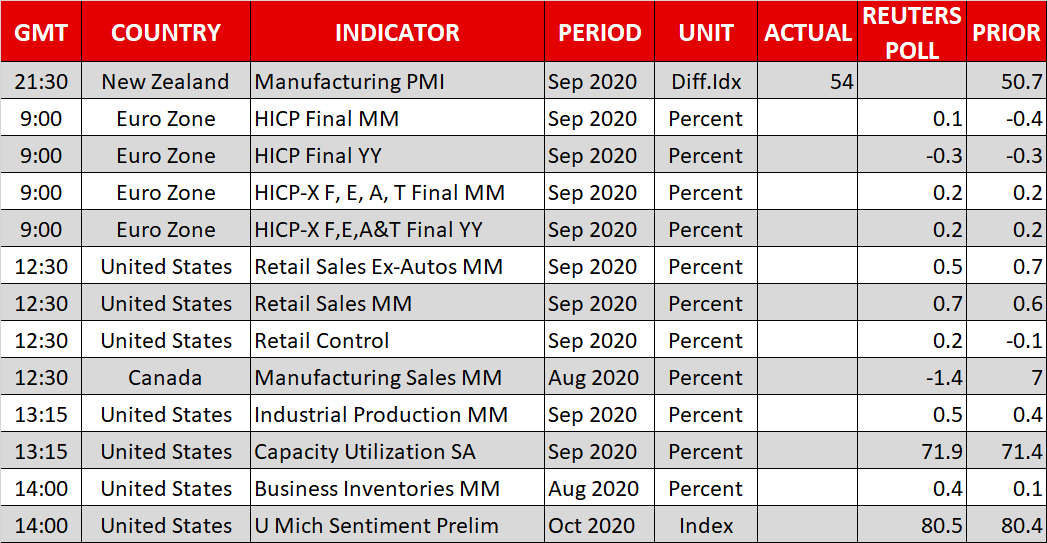