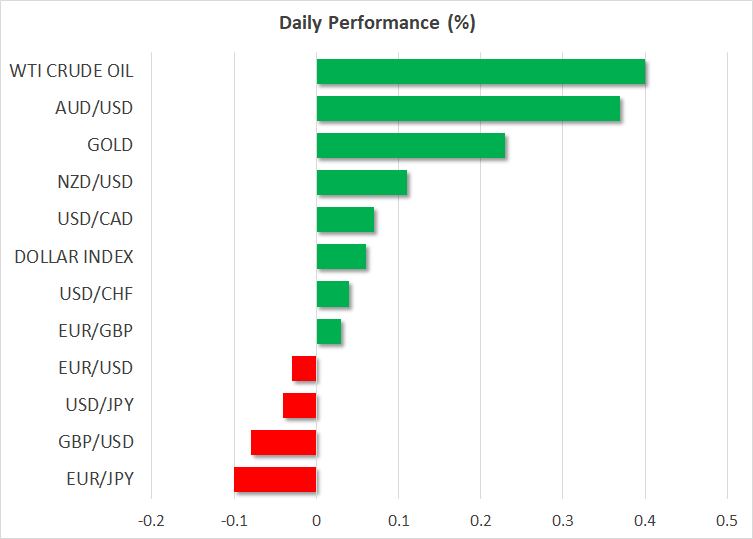 Inflation concerns returned to haunt financial markets on Monday, after a closely watched survey suggested that US economic activity gathered momentum heading into year-end, piling more pressure on the Fed ahead of next week’s rate decision.

Despite a series of shock-and-awe rate increases this year that were meant to cool an economy running hot, the ISM services index rose further in November. The survey warned that cost pressures for services firms remain stubbornly high, which combined with the latest acceleration in wage growth, crushed hopes that the Fed will smooth-talk investors next week.

It’s a tricky spot for Fed officials, who need to walk a fine line between raising rates enough to slay inflation for good, but not overdoing it and inflicting unnecessary damage on the US economy. Speculation was running rampant lately that the FOMC was ready to blink, concerned about leading indicators pointing to a sharp economic slowdown, so this dataset came like a bolt out of the blue to challenge this narrative.

Market pricing suggests this development won’t affect the rate decision itself next week, where a 50 basis points hike is still locked in, but it did raise the prospect of a more aggressive set of rate projections in the famous ‘dot plot’. Investors currently see rates peaking at 5% next year.

In the FX arena, the sense that the American economy is superior to energy-stricken Europe, allowing the Fed to forge ahead, helped revive the dollar. Signs that inflation is simmering down and China might reopen its economy clipped the dollar’s wings recently, yet a bearish reversal remains a premature concept, as most major economies are in far worse shape than the US at this stage.

Good news on the economy was once again bad news for stock markets, which are allergic to higher interest rates. The S&P 500 lost 1.8% as investors took some chips off the table, worried that stretched valuations leave equities vulnerable to deeper declines in case the US inflation report comes in hot next week or the Fed doesn’t play nice.

In the commodity realm, the resurgence in the dollar and real US yields knocked the wind out of gold. Since bullion is generally priced in US dollars, a stronger greenback makes gold more expensive for foreign investors, while higher yields also reduce the allure of the non-interest-bearing metal.

Over in Australia, the Reserve Bank raised rates and signaled more to come, yet the Australian dollar couldn’t capitalize much. Markets are saying that rates are unlikely to rise much further, pricing in just two more similar moves next year, amid global recession risks.

Finally in Japan, the yen suffered some collateral damage from the latest spike in global yields, steamrolled by widening interest rate differentials. Data on wage growth also disappointed, dashing hopes for any policy changes by the Bank of Japan this month. Nonetheless, the stars seem to be aligning for a comeback in the yen.

While it may not happen immediately, the BoJ is gearing up for policy adjustments next year as inflation fires up. Hence, there’s scope for rate differentials to compress back in the yen’s favor, as the global economic outlook deteriorates and foreign central banks conclude their own tightening cycles.

Coupled with oil prices moving back down and tourists being allowed to visit Japan again, helping to ease the terms of trade shock, most of the elements that demolished the yen seem to be fading away. 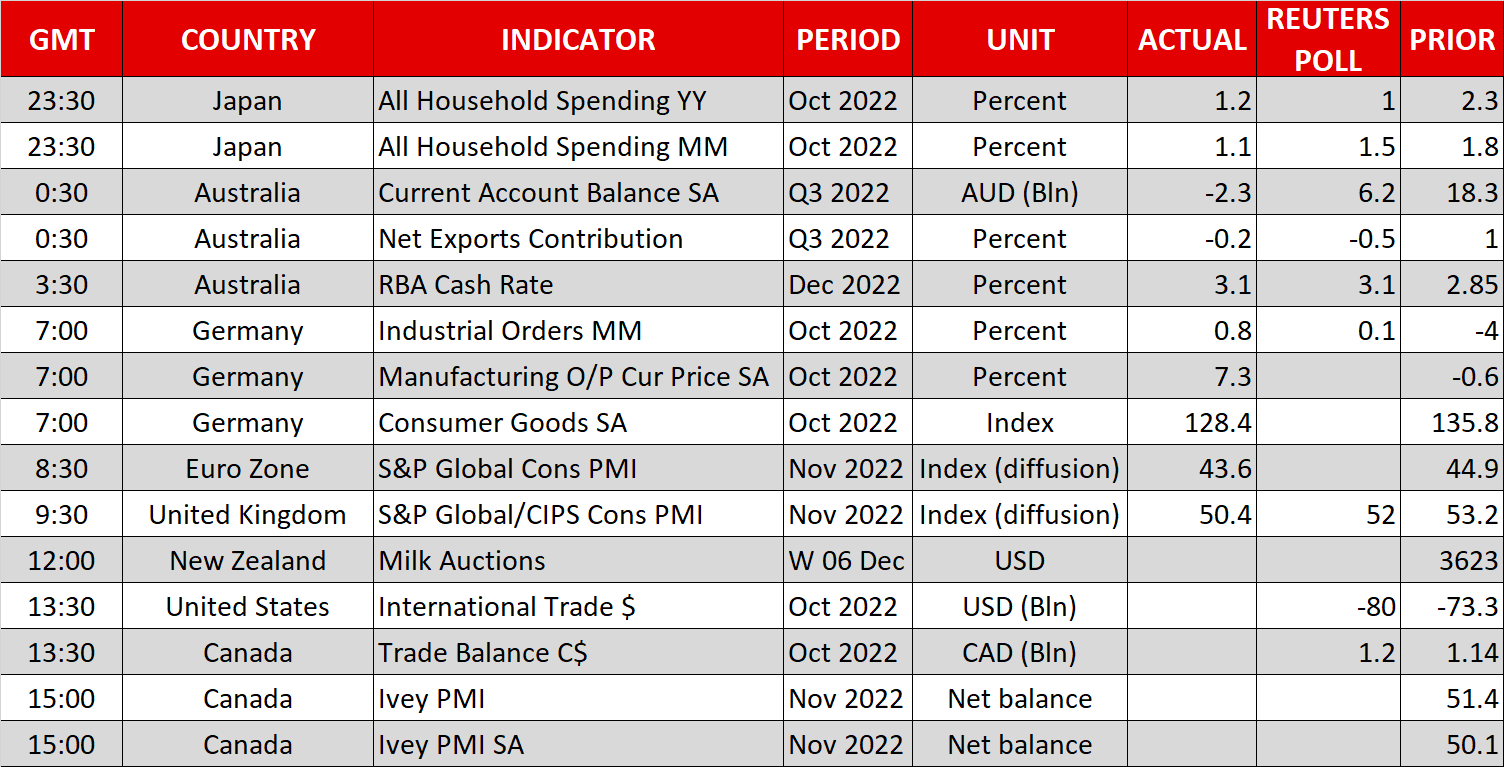