The world's leading graphics card designer will report its quarterly results after Wednesday’s closing bell. The stock has staged a monster rally this year, gaining a stunning 130% as the company expanded its footprint in areas like cloud computing, data centers, and artificial intelligence. The future remains bright, but at current valuation levels the stock seems priced for perfection, leaving it exposed to a substantial pullback if reality doesn't match the market's rosy expectations. That said, any correction may simply present a better entry point for long term investors. Taking over

Nvidia has become a real market darling this year, outshining even the biggest and most respected tech giants. The pandemic sparked a buying frenzy for gaming products, and more importantly, the company positioned itself to become a leader in several rapidly growing industries, ranging from data centers to self-driving cars.

The latest announcement was the acquisition of Arm Holdings, a mega deal that cost $40 billion and is still pending regulatory approval. Arm is a leading designer of chip architecture used in smartphones, hard drives, and many more, so its purchase is a perfect complement for Nvidia as it seeks to break into the mobile chip market too.

In the quarter ending in September, Nvidia is expected to report earnings per share (EPS) of $2.57, which would represent a staggering 44% increase from the same quarter last year. Revenue is a similar story, forecast to jump by 46% over the same period to reach $4.4 billion. 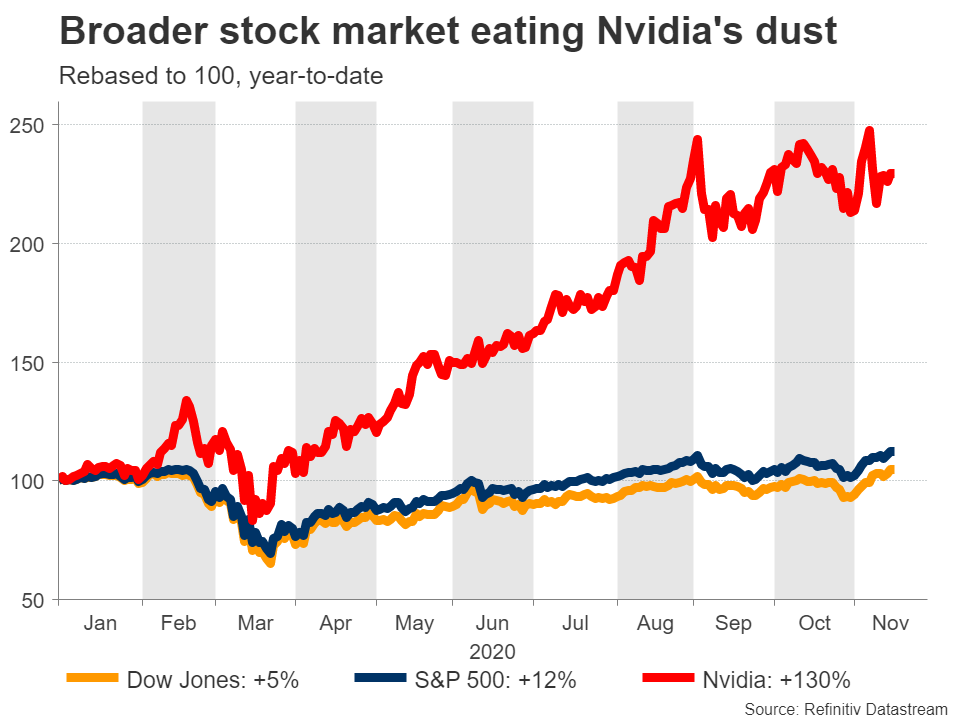 What stands out is that Nvidia's bread and butter, its gaming business, is projected to have grown 'only' by 22.5%, whereas its data center segment is anticipated to have expanded more than 150%, which is phenomenal.

As always, the initial market reaction will depend on whether the actual numbers are stronger or weaker than this consensus. Whether that reaction lasts though, will ultimately depend on the guidance by the firm's management in the subsequent conference call.

You can't expect to buy great companies without a premium, but even having that in mind, Nvidia seems rather expensive here. Remember, a company and its stock are different things, and markets can often run ahead of fundamentals and overshoot – in both directions. Just in 2018, the stock lost one third of its price as the cryptocurrency boom faded, and many obituaries were written about Nvidia's grim future amid slowing demand for graphics cards. 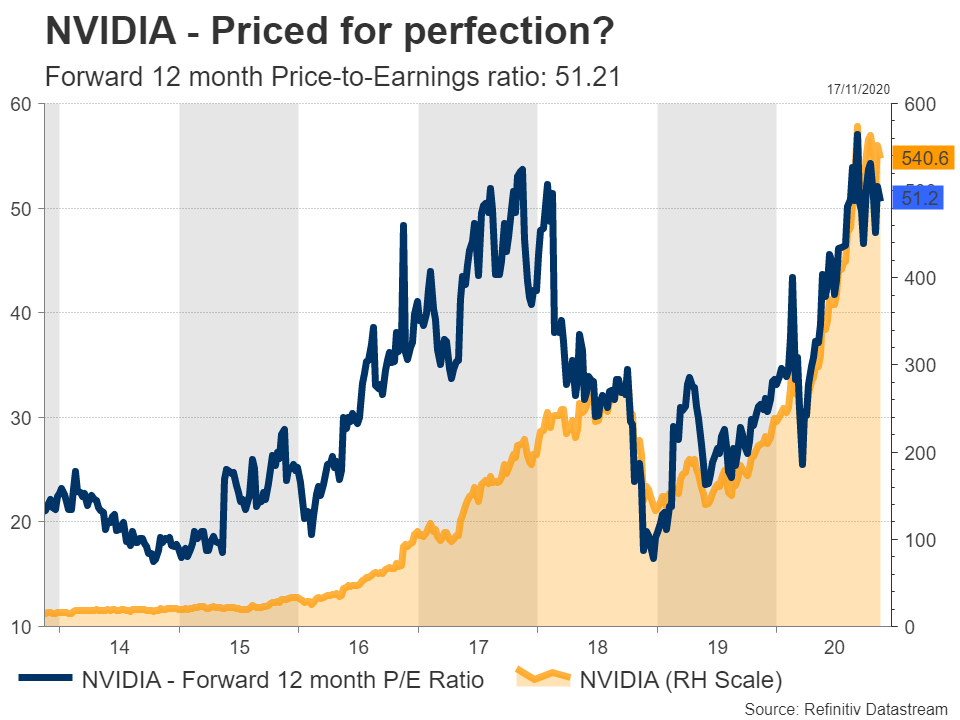 No doubt, things have improved permanently ever since, but at a forward price-to-earnings ratio of 51x, Nvidia still seems pricey. This ratio denotes the dollar amount someone needs to invest to receive back one dollar in annual earnings, so the higher it is, the more overvalued a stock is considered. Making matters worse, the stock trades at 18.5x forward sales, more than double its historical 5-year average of 8.2x.

All this implies that while Nvidia will likely continue to deliver stellar results, most of the good news is already in the price at the current valuation, leaving little room for substantial upside if everything goes as planned but plenty of downside if this rosy narrative changes.

In other words, the stock currently seems priced for perfection. That doesn’t mean it cannot rise further from here – only that the risk/reward profile doesn’t look very attractive. Of course, with Nvidia having entered the pantheon of best-in-class tech stocks and with the company set to dominate several growing fields, any substantial pullback may simply be seen as a renewed buying opportunity for investors with a long time horizon.

Taking a technical look at the stock, any retreat could encounter immediate support near the 522 zone, where a downside break would turn the focus towards 505.

On the upside, a potential move back above the 551 region could open the door for the October high of 573.