PayPal will unveil its earnings results for the third quarter on Monday after the market close. The pioneer in the payments infrastructure market is currently trading at a discount from earlier this year, underperforming the broader market. Despite a brief rebound after shutting down rumours that it will acquire Pinterest, PayPal’s share price continued its downtrend movement. This was attributed to concerns over muted spending growth reported by other credit card companies over the previous month.New products to catalyse growth

Since the beginning of 2020, the company has launched an array of new products, including the ‘buy now, pay later’ service, QR code payments, and a brand new mobile app that features personalized shopping tools together with an interest-bearing savings account. Those products are expected to provide major tailwinds for PayPal, considering also the expanding efforts around the use of automated payments from governments and growing digitalization across the globe. 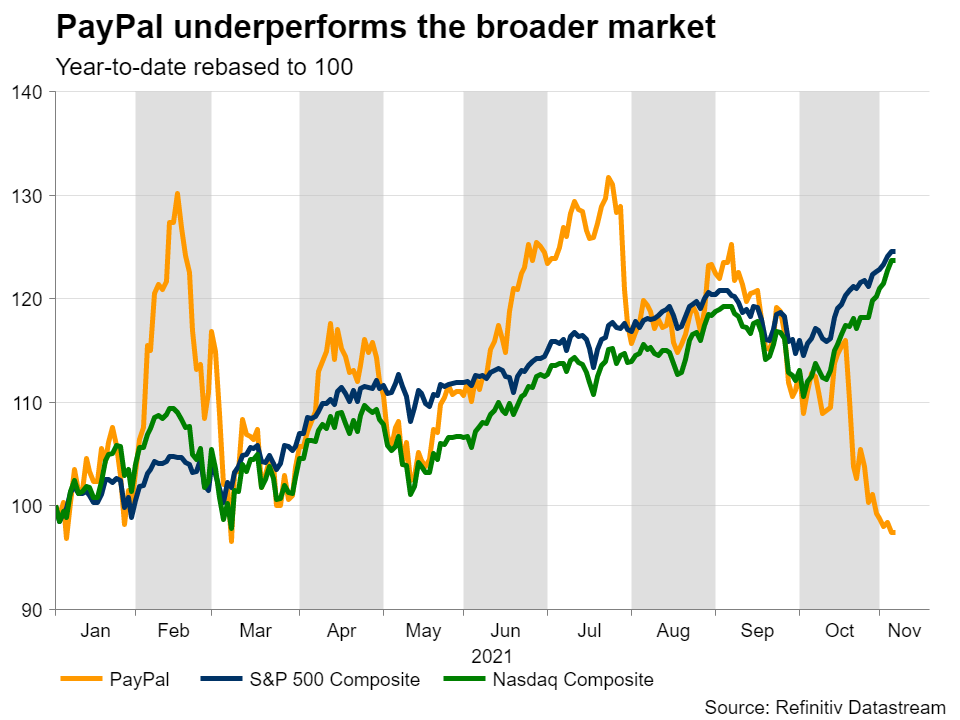 The San Jose-based company is also attempting to penetrate deeper into foreign markets through the recent acquisitions of Paidy and iZettle. The former is a widely used Japanese ‘buy now, pay later’ platform, while the latter is a European Fintech company, aiming to deliver a seamless commerce experience to merchants. Such moves intend to increase both the consumer and merchant customer base of the company, catalysing future growth.

Despite its global recognition as a secure payment method in over 200 markets, PayPal currently faces fierce competition within the digital payment sector. Its arch rival – Square –  enjoys a competitive advantage over PayPal as within its ecosystem it allows businesses to handle all their financial functions virtually, including traditional banking. Square has also made significant competitive gains by leading the way on cryptocurrency trading, forcing PayPal’s subsidiary, Venmo, to offer Bitcoin as an answer to that threat.

According to Refinitiv estimates, analysts target $6.23 billion in revenues for the third quarter, representing an increase of 14% from the same quarter last year. In contrast, earnings per share (EPS) are expected to clock in at $1.07, remaining unchanged over the same period. The bad news is that both metrics are expected to be lower than the previous quarter, meaning that a potential earnings beat might not materialize in stock price appreciation as investors might worry about slowing quarterly growth – similar to the last earnings report. 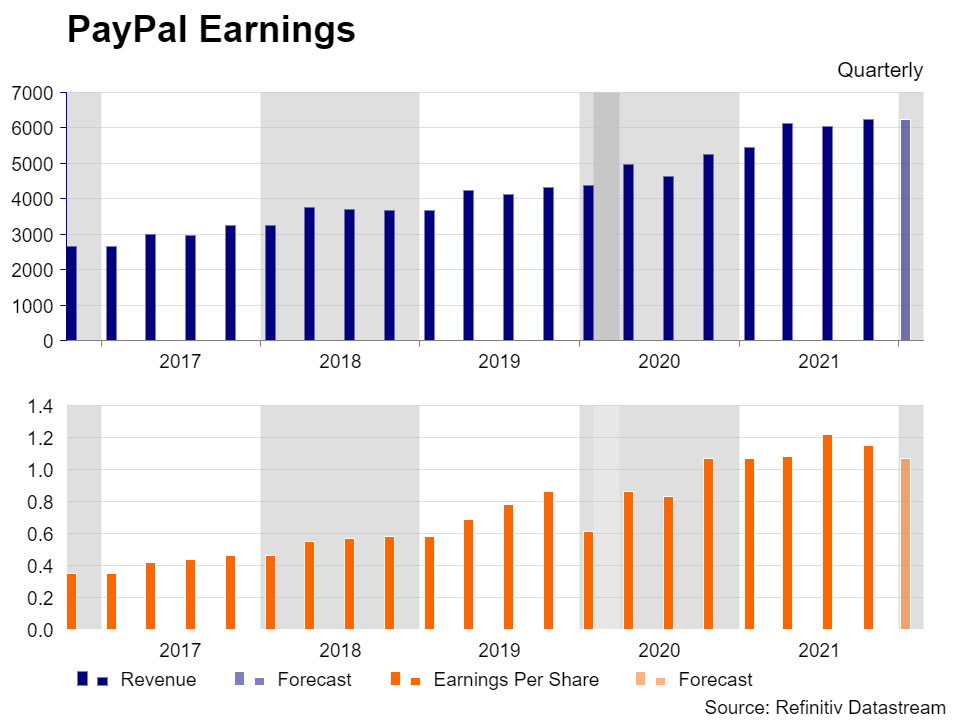 Moreover, markets could be looking for an upbeat note regarding the upcoming holiday season and the resurgence of leisure spending. In particular, the total payment volume could  be watched closely, especially after rising concerns on muted spending growth. The total number of subscribers, which is another important metric for investors, is expected to mark an increase of 13 million from the previous quarter, reflecting the company’s renewed and robust portfolio of products.

How could earnings affect PayPal’s stock?

PayPal stock has witnessed a decline of almost 2% in 2021, dramatically underperforming the broader market. Should earnings results come out worse-than-expected, the price might seek immediate support at the 225.0 barrier. Moving below this level, the bears might send the price to test the 213.0 level before moving towards the 183.1 support.

To the upside, should the company witness positive earnings surprises, the bulls might send the price to test its 254.8 level. Overcoming this barrier, the price could move towards its 50- and 200-day simple moving average (SMA) currently found at 264.7 and 266.8, respectively. Surpassing that region too, the bulls might then target the 273.5 resistance level.

Is PayPal an inflation hedge?

PayPal generates revenue primarily by taking a percentage of the total payment volume flowing through its platform. In an environment with rising prices, that implies stronger revenue, providing the company a buffer against inflation. 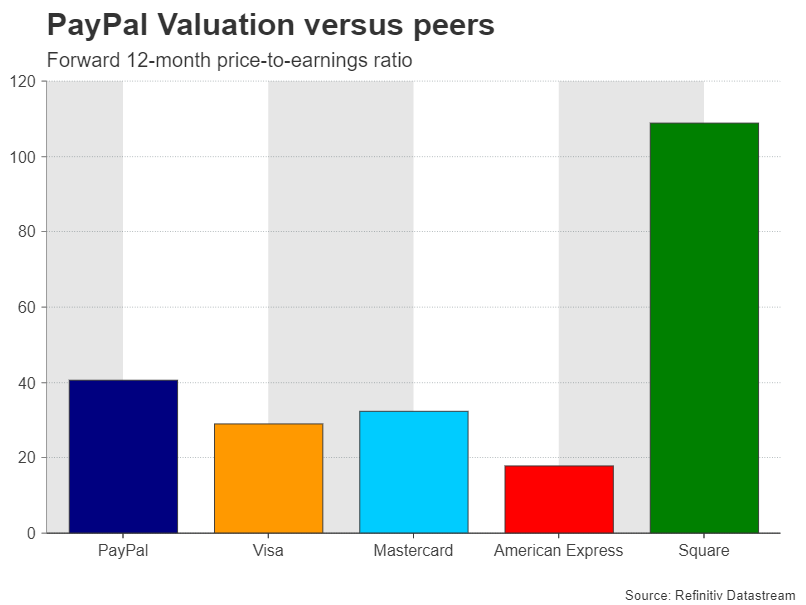 From a valuation perspective, PayPal has a hefty forward price to earnings ratio of 40.4. This number denotes the dollar amount someone would need to invest to receive back one dollar in annual earnings. This metric appears to be higher than most of its peers but significantly lower than that of its arch nemesis, Square. Nevertheless, this high implied premium doesn’t seem enough to stop analysts from remaining bullish on PayPal’s long-term prospects. Currently, Wall Street maintains its ‘Buy’ recommendation, targeting a mean target price of $325.93.