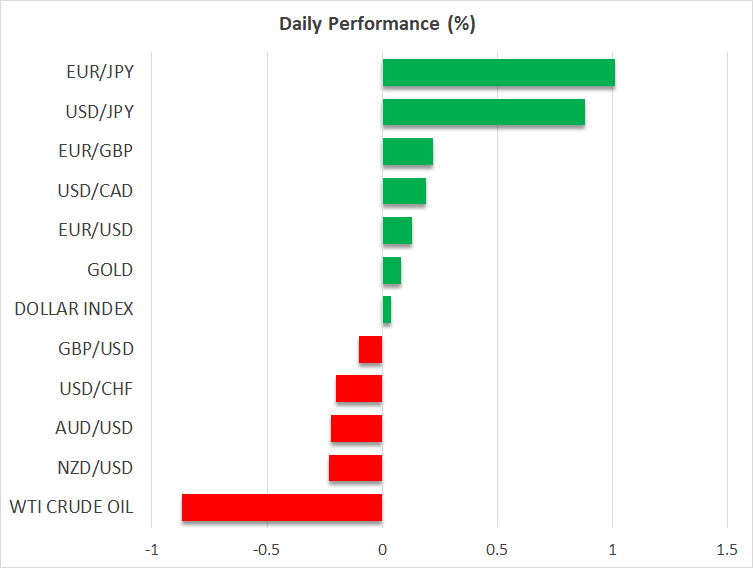 After taking a breather on Monday, the US dollar recharged again yesterday, with dollar/yen skyrocketing to levels last seen 24 years ago.

What added fuel to the greenback’s tank may have been the better-than-expected ISM non-manufacturing PMI. Instead of sliding, the index rose further, reinforcing the view that the US economy is not in a recession, even as it met the technical definition with two quarters of negative growth in the first half of the year.

With Friday’s employment report suggesting a tight labor market despite the increase in the unemployment rate, the ISM index encouraged market participants to add to bets of another 75bps hike by the Fed. They are now assigning a 75% probability for such a move, but they still see a chance for rates to start declining next year after peaking between 3.75% and 4% in May, even as several policymakers warned that interest rates are likely to be held steady when they reach their peak. On top of that, there are officials, like Cleveland Fed President Loretta Mester, who believe that rates should even be raised to somewhere above 4%.

All this implies that there is still room for disappointment and thereby further upside for the US dollar. More economic data beating the forecasts and more Fed officials adding to the overly hawkish narrative could do the trick and with the yen being the worst performing major currency year to date due to the Bank of Japan's stubbornness to maintain an ultra-loose strategy, dollar/yen appears to be the best gauge for exploiting rate differentials.

Although Japan’s top government spokesperson warned that they will take necessary steps if “rapid, one-sided” moves continue, intervening with such a strong momentum behind the yen’s fall may be a hard task and one that may fail, as either negative or zero interest rates in Japan and much higher elsewhere could keep other major currencies more attractive.

Expectations of higher rates continue to weigh on stocks

That said, apart from the aggressive appetite of most major central banks to raise interest rates fast to tame very high inflation, investors may be reducing their risk exposure due to fears of a global recession as well. With Europe dealing with a profound energy crisis and China bleeding due to a battered property sector and new COVID lockdowns, the downside risks are more than noticeable.

Despite China’s promises for new measures, the market’s response suggests that market participants are not convinced that better days are coming, especially with Chinese trade data missing their estimates overnight. The fact that oil prices took another dive yesterday, adds credence to the narrative that global demand concerns are intensifying, and China’s risks remain a major cause for those concerns.

Back to the FX sphere, the Canadian dollar lost the least ground against the greenback yesterday and today during the Asian session despite the slide in oil prices, as traders may have turned their gaze to the Bank of Canada decision later today. Investors consider a 75bps hike a done deal, and thus they are unlikely to be shocked if indeed this is the case. They may focus more on the accompanying statement for hints on how the Bank intends to move forward.

With interest rates expected to peak at around 3.75% in March, a 75bps hike means that the Bank may have to slow down from today onwards. However, if those expectations are not confirmed and the Bank remains willing to keep hiking aggressively, the loonie is likely to gain. Due to its risk-linked characteristics, it may not sustain any gains against the US dollar but considering that it is the second best performing major currency year to date, it could add to gains against more wounded currencies, like the euro, the pound, and the yen. 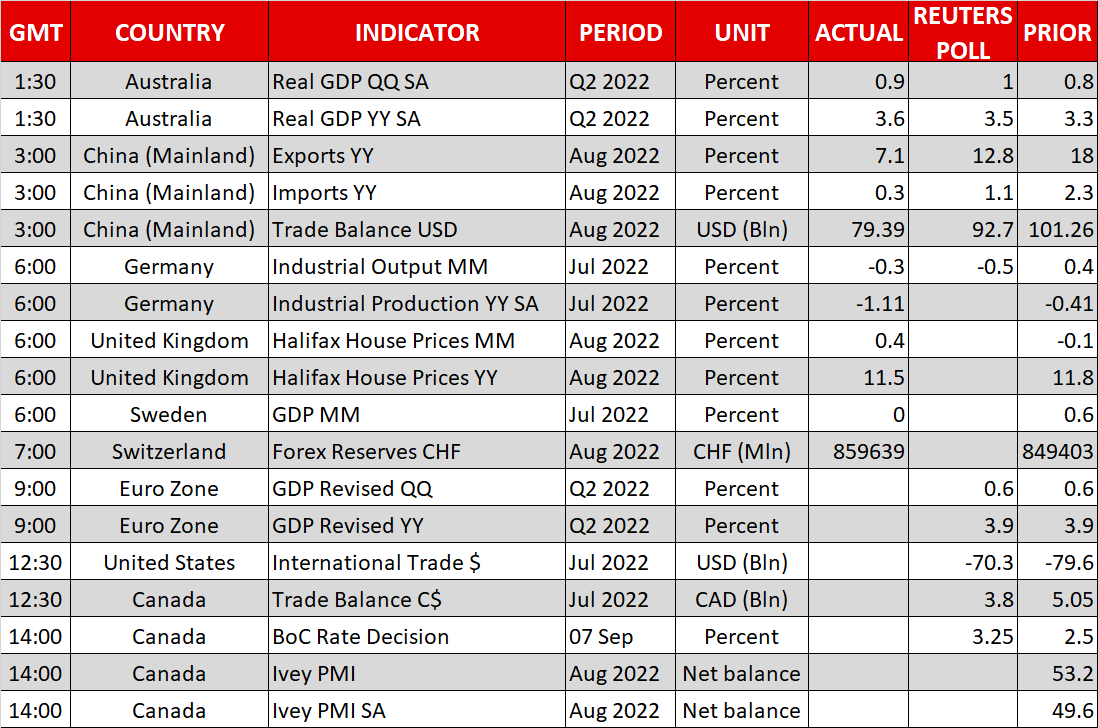