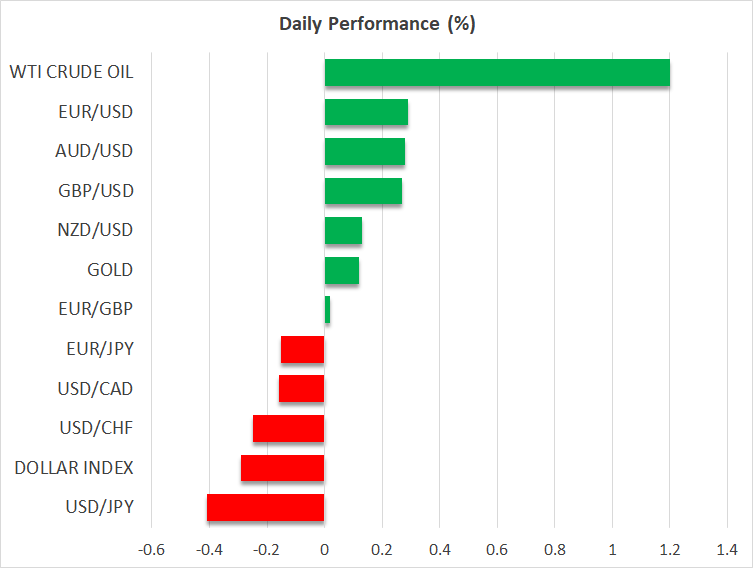 Market optimism ahead of US CPI

Risky assets were either extending or holding onto their gains on Tuesday as investors awaited the latest inflation report out of the United States due at 12:30 GMT. After last month’s bigger-than-expected drop in the annual CPI rate to 8.5%, there is even greater anticipation this time as inflation is predicted to have decelerated further in August to 8.1%.

But whilst that could well mark a turning point in this inflation story, the fight against surging prices is by no means over as far as the Fed is concerned. Now that gasoline and other energy prices are coming down, there is going to be better clarity on the scale of second-round effects in the economy – something the Fed will be keeping a very close eye on.

Investors seem to be overlooking the forecast for core CPI, which is expected to have inched up slightly in August, having flatlined after peaking in March. This will put the spotlight on the non-energy categories of the consumer price index, in particular, used cars and shelter costs that had been driving much of the increases in core inflation.

Any unexpected strength therefore in the month-on-month change in one of these core categories could spoil the jubilance in the markets that’s purely feeding on the hope that the Fed will slow down its tightening pace after September, even if the upcoming data is unlikely to stop policymakers from hiking rates by another 75 basis points next week.

Shares on Wall Street closed up for the fourth straight day on Monday – the best run since June – as investors became increasingly confident that the inflation tide is turning. Although there is a risk that there may yet be more upside surprises in the CPI figures in the coming months, some traders are focusing on the fact that inflation expectations are also on the way down.

Consumers’ expectation of inflation over the next year declined to a 10-month low in August according to a New York Fed survey, while the two-year breakeven inflation rate is near its lowest since February 2021. The next key data point for inflation expectations will come from the University of Michigan’s latest consumer sentiment survey on Friday.

The danger for the markets is that if Treasury yields start to fall again from speculation that the inflation headache is easing, the Fed will probably try to counter that with even more hawkish talk. The Fed has become entirely data-driven this year so it won’t be altering its stance until it can be certain that inflation is headed towards its 2% goal.

However, that wasn’t a major concern for the markets yesterday as the S&P 500 jumped by more than 1% to close above the 4,100 level for the first time since late August. The Nasdaq Composite slightly outperformed after being boosted by Apple (+3.9%), which soared on the back of reports that demand for the new iPhone 14 Pro Max exceeds that of the previous generation.

US futures pointed to more gains today, and European and Asian stocks were mostly in positive territory too, with pledges of more stimulus in China somewhat offsetting the negative headlines from the fresh Covid curbs announced over the weekend.

Dollar retreats further as euro and pound power ahead

The upbeat mood weighed on the mighty US dollar, though the safe-haven Japanese yen recouped some losses against its major peers, helped by a drop in dollar/yen.

The Australian and New Zealand dollars were struggling to hold onto their recent strong gains but the upswings in the euro and pound were showing no sign of running out of steam just yet.

The euro advanced above $1.0150, while sterling broke through the $1.17 level. The focus in Europe right now is very much on how governments are trying to tackle the energy crisis.

Even though there is a great deal of uncertainty about the likelihood of success of these emergency measures – the EU is still negotiating a final agreement, while the UK’s plan risks higher taxes in the future – they should nevertheless go some way in easing the pain on consumers and businesses. And although there is still a high probability of a recession in both the euro area and the UK, the emergency packages should make a positive contribution to growth and were not part of the equation just a few weeks ago, hence, this relief rally in the two currencies. 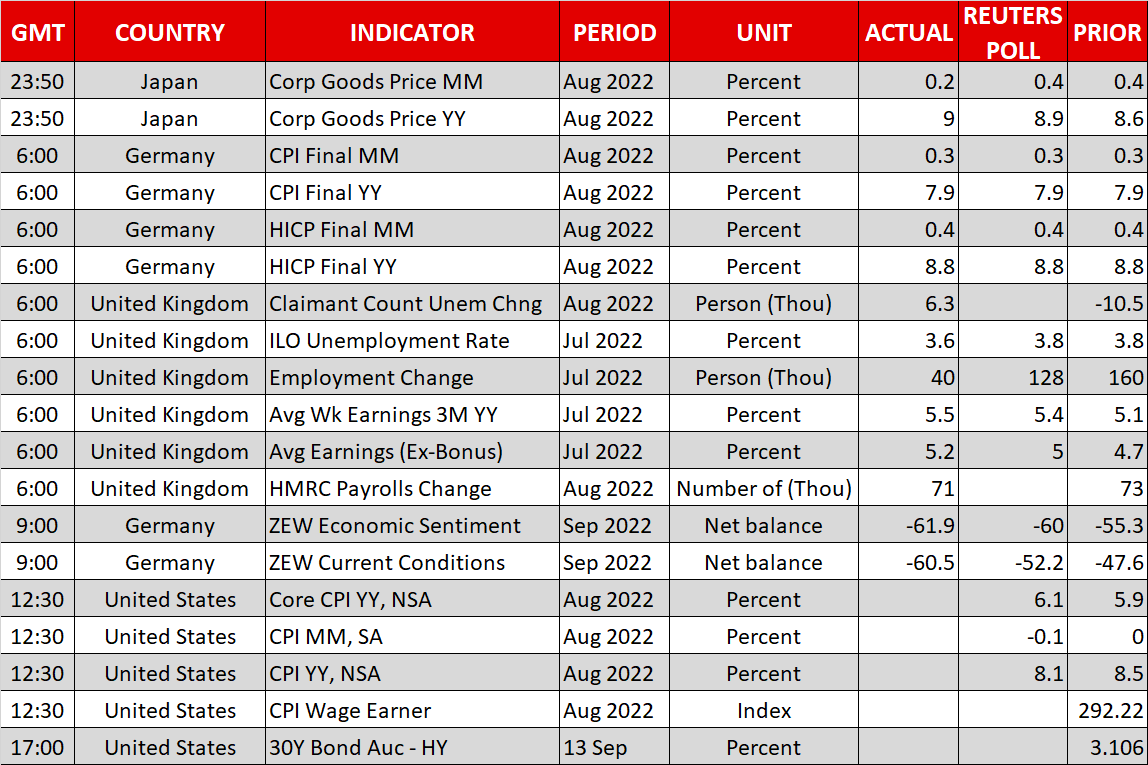