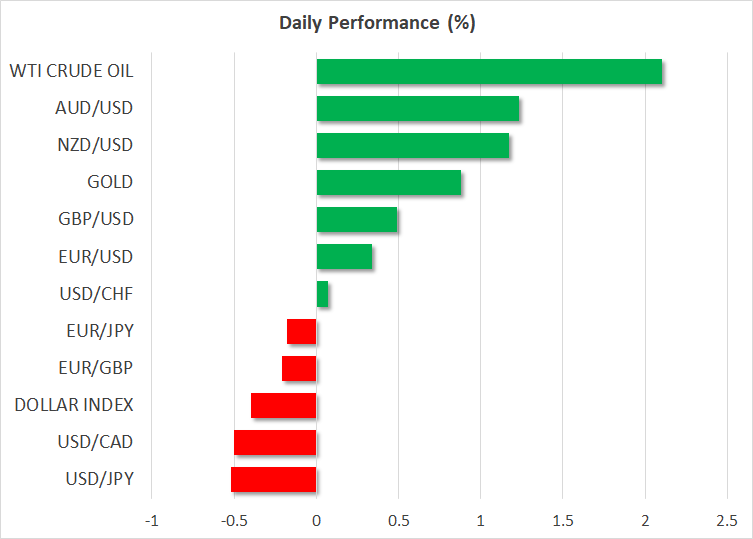 The unrest in China appears to be easing amid a massive police presence on the streets of Beijing, Shanghai and other major cities. But while the clampdown may by succeeding in deterring protestors to come out in droves, a policy U-turn on zero Covid isn’t in sight yet.

Nevertheless, speculation is rife that authorities are working towards a gradual lifting of the heavy-handed restrictions that are stoking growing anger among the population. The latest sign that the government is preparing some sort of an exit strategy came from today’s announcement by health officials to boost the vaccination programme for the elderly.

Interestingly, officials appeared to be acknowledging that the “excessive implementation” of Covid measures may be to blame for the public’s frustration. However, whilst the recent developments have raised hopes that the protests would force Beijing to accelerate the unwinding of zero-Covid policies, the reality is that authorities will likely take their time to assess the risks before abandoning the strict Covid curbs.

Still, the fact that things appear to be moving in the right direction is encouraging for investors. A decision by the country’s securities regulator to end the ban on equity refinancing for listed property developers further boosted sentiment towards Chinese assets, lifting the benchmark CSI 300 index by 3% at Tuesday’s close, more than recouping yesterday’s slump.

Stocks in tepid rebound as Fed and ECB hawks lurk

US equity futures also headed higher on China’s reopening hopes but shares in Europe were mixed, with only London’s FTSE 100 able to advance significantly by mid-morning. The sluggish performance in European equities is a bit surprising given the latest signs that inflation in the euro area may be topping out. The annual rate of CPI moderated in four German states in November compared to the prior month, while Spain’s headline inflation figure missed expectations.

The full flash estimates for the Eurozone are due tomorrow but after yesterday’s remarks by ECB President Christine Lagarde, which were on the hawkish side, any euphoria about peak inflation is likely to be limited.

Lagarde has decided to take a leaf out of the Fed’s book, telling European lawmakers on Monday that there is "a way to go” on ECB rate increases.

Not to miss out on the latest round of hawkish commentary, Fed policymakers were out in force again, throwing cold water on the notion that the tightening cycle is nearing its end. St. Louis Fed chief James Bullard attracted the most headlines again by suggesting that markets have put too much weight on inflation coming down naturally and not enough on Fed policy becoming a lot more restrictive to get prices under control.

But it’s not just Bullard & Co keeping a lid on risk appetite. Apple shares slid 2.6% on Monday on worries that the protests and lockdowns in China will affect production of the company’s latest iPhone models just as the crucial holiday season is about to start.

It’s still possible though that risk sentiment can improve more meaningfully this week as PCE inflation numbers and the November jobs report are due on Thursday and Friday, not to mention the ISM manufacturing PMI, which may keep alive hopes of a Fed pivot if they ‘disappoint’.

Also on investors’ agenda is OPEC’s monthly output decision on Sunday. There are some reports swirling that OPEC producers and their non-OPEC partners will consider a further cut in output amid the weak demand picture in China and recession risks elsewhere.

Oil futures were last up about 2%, having brushed near one-year lows yesterday.

In currency markets, the US dollar was broadly retreating from yesterday’s highs and briefly slipped below 138 yen in European trading. The euro, which came close to hitting $1.05 yesterday before reversing lower, was back on the front foot today, while the risk-sensitive aussie and kiwi bounced back by about 1%.

The Canadian dollar underperformed relative to its antipodean cousins amid the uncertainty around OPEC+ policy and the European Union’s price cap on Russian oil, which has yet to be agreed. 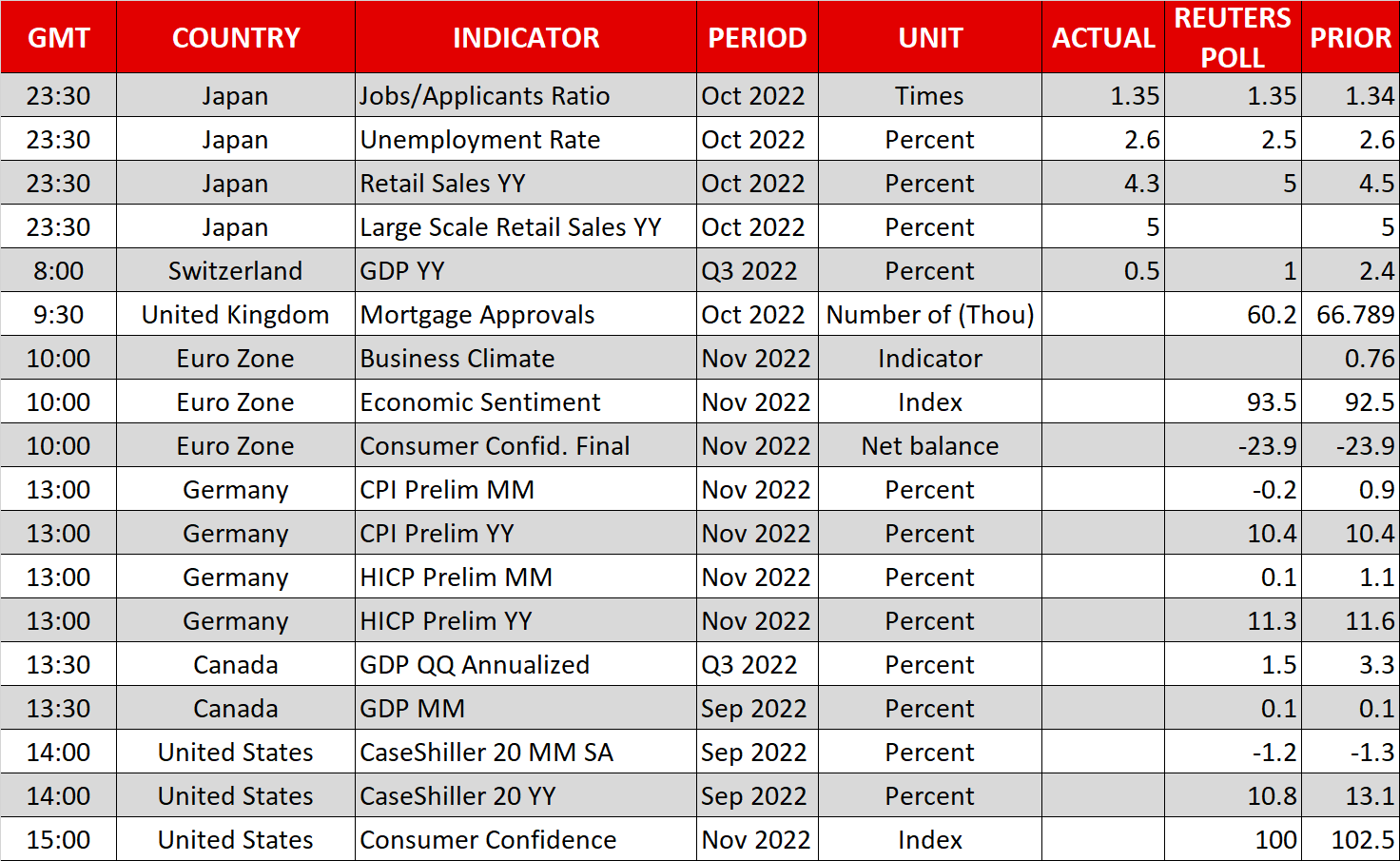