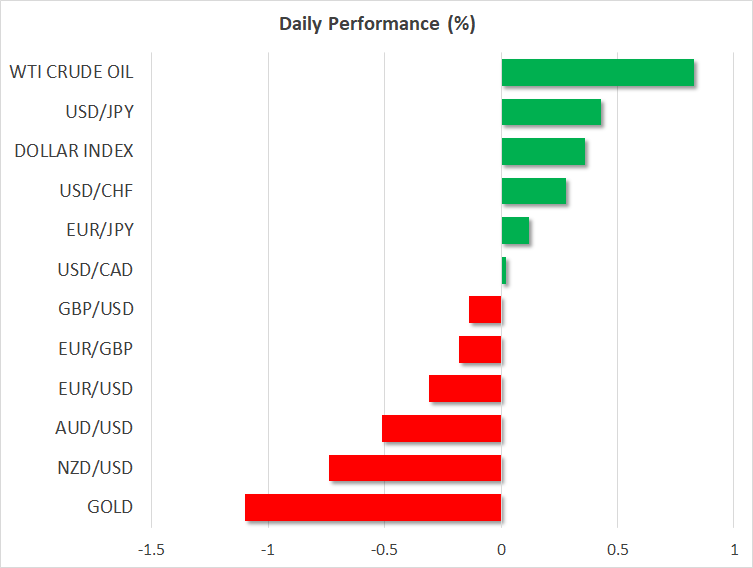 It was a positive start to trading on Monday as markets were greeted by some rare good news. President Trump unexpectedly suspended tariffs on all Mexican imports indefinitely late on Friday as a deal with Mexico was struck to resolve the dispute over illegal migrants crossing into the US. Tariffs of 5% were due to come into force today, in what would have been a major escalation of Trump’s trade war with the rest of the world.

Relief in equity markets over the deal was evident with most Asian indices closing 1% higher, while US and European stock futures were pointing to solid gains at the start of Monday trading.

The positive trade developments raised hopes that the US and China would also be able to reach some kind of an agreement soon that would end their increasingly bitter tariff dispute. Data released earlier today showed the Chinese economy continuing to take a hit from the ongoing trade uncertainty. Imports into China plunged by a greater-than-expected 8.5% annually in May, in a possible sign of weakening domestic demand. Exports, meanwhile, posted a surprise 1.1% annual gain, though this was suspected to be mainly due to front loading of shipments ahead of the latest wave of US tariffs.

Dollar up, yuan down

The US dollar rose across the board on Monday, recouping some of its sharp losses from Friday when it plummeted following a worryingly soft jobs report. Nonfarm payrolls in the US rose by just 75k in May, missing expectations of 185k by a wide margin. Wage growth disappointed too, with the annual rate easing to 3.1%. Expectations that the Fed would cut rates as early as July surged after the data, sending the dollar index to 2½-month lows.

However, although investors continue to anticipate a Fed rate cut soon, the easing trade tensions helped US Treasury yields recover from the depths of Friday’s multi-month lows, which in turn lifted the greenback. Dollar/yen was last trading around a one-week high of 108.65.

In contrast, the Chinese yuan plumbed its lowest level this year, hitting a 6-month low of 6.9352 per dollar in onshore trade. Aside from fears of a slowing economy, the yuan is under pressure from comments by the Governor of the People’s Bank of China, who on Friday played down the significance of the 7-yuan level, suggesting the central bank could let the currency slide beyond this psychologically important mark.

But even if the PBOC is less concerned about defending the yuan, a weaker exchange rate would likely catch the attention of the Trump administration, which has long been accusing China of currency manipulation. As US and Chinese relations go through a critical phase, the stakes are high ahead of the G20 summit in Japan later this month when it’s hoped Trump and Xi will be able to meet on the sidelines to end the stalemate in stalled talks.

The euro scaled a 2½-month of $1.1347 on Friday as the dollar sell-off and a not-so-dovish ECB meeting bolstered the single currency. However, the euro was feeling the heat on Monday as two separate reports yesterday and today suggested the ECB may be closer to cutting rates than it indicated at the policy meeting last Thursday. According to one report from Reuters, sources from the ECB are saying a rate cut “is warranted” if growth and inflation slow further.

The euro slipped back below the $1.13 on those reports, while the pound was once again testing the $1.27 level. The Conservative leadership race formally begins in the UK today, with hard-line Brexiteer Boris Johnson still the front runner. But with the selection process expected to last until late July, the immediate focus for the pound will be on monthly GDP and industrial output figures out of the UK today, amid signs of slowing growth.

In commodities, gold was also under pressure from the rebound in the dollar, with the precious metal retreating from more than one-year highs to around $1325 an ounce on Monday. However, oil prices advanced higher for a third day after Saudi Arabia’s energy minister said OPEC and Russia were close to agreeing an extension to the output cuts after the current deal ends at the end of June. 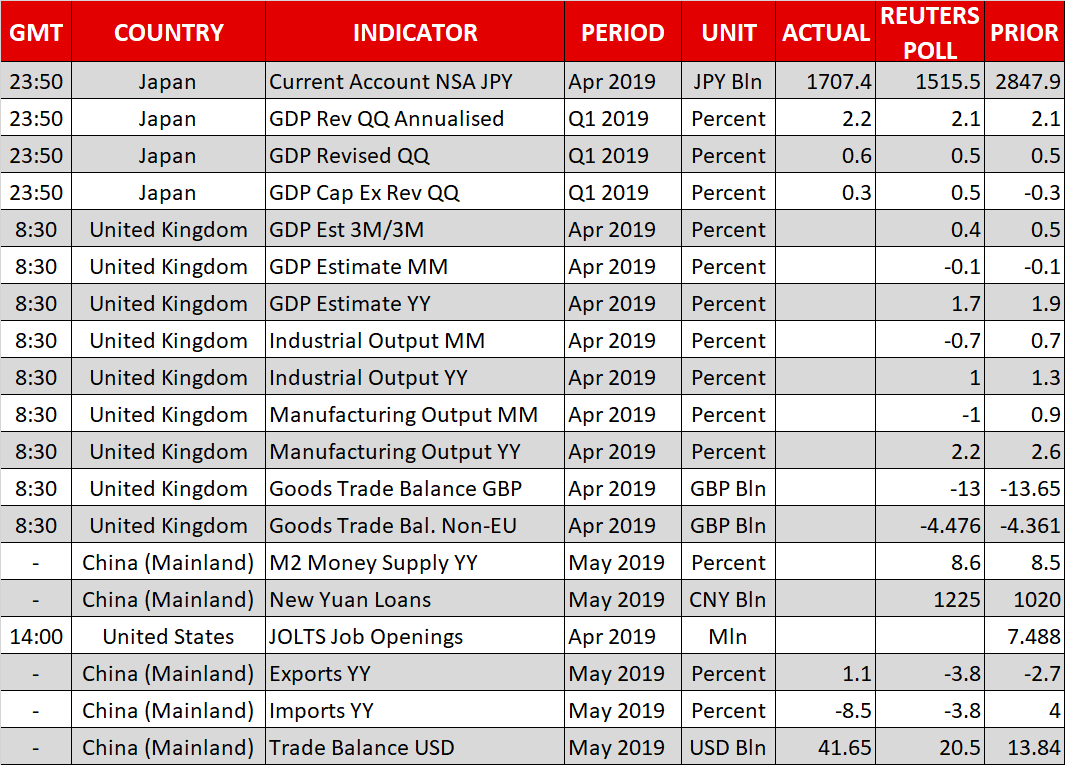