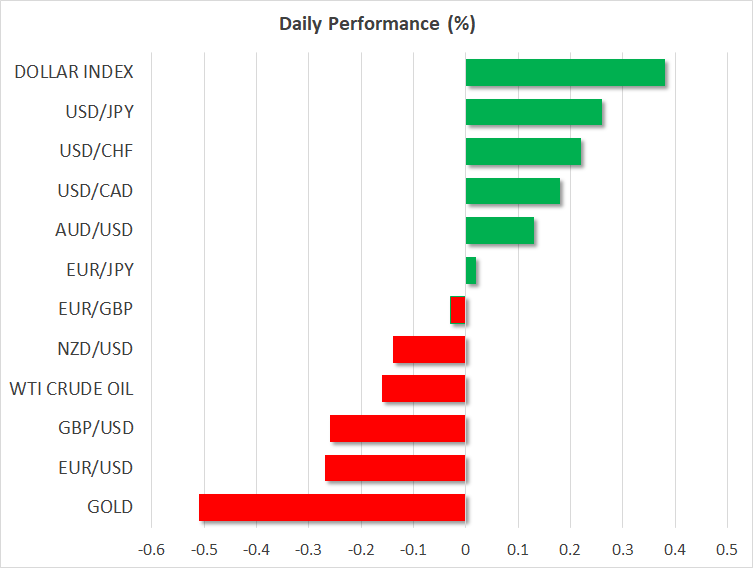 Monday was relatively quiet in terms of price action, with most FX pairs seeing range-bound trading as US and Canadian traders were away on holiday. There were a few interesting news developments though, most notably the nomination of Spanish Economy Minister Luis de Guindos to succeed Vitor Constancio as the ECB’s Vice President.

While De Guindos is not anticipated to rock the boat in terms of policy, the nomination of a Southern European as ECB vice-chief has stoked speculation that the next ECB President after Draghi may be from central Europe, perhaps German or French. This is significant, since nations like Germany and France have traditionally favored a tighter policy stance. Thus, if somebody like Bundesbank chief Jens Weidmann is nominated to replace Draghi, then the ECB could well sail in a more hawkish direction over time.

Staying in Europe, today in Germany, the members of the SPD will begin voting in a postal ballot on whether their party should proceed with forming a coalition government with Merkel’s CDU. The results are not expected until March 4, the day that Italy will also head to the polls to elect its next government.

Sterling/dollar is nearly 0.3% lower today, extending the hefty losses it posted on Monday and Friday. A cocktail of soft UK retail sales, a recovering dollar, and some comments from the EU’s top Brexit negotiator are the culprits behind the pair’s recent underperformance. On Friday, EU chief negotiator Michel Barnier said the UK’s red lines close the door to a Swiss or Norwegian model for Brexit, enhancing the narrative that these talks are still far from bearing fruit.

Elsewhere, the minutes from the Reserve Bank of Australia’s (RBA) latest policy gathering released overnight packed few surprises. Policymakers reiterated the key risks they see as clouding the economy’s outlook, such as the high levels of household debt and the subdued growth in wages. Aussie/dollar stumbled after the release, but recouped its losses to trade even higher in the following hours.

In trade news, the US Commerce Department recommended on Friday that the US imposes heavy tariffs on steel and aluminum imports. If enacted, such measures would probably escalate further the trade tensions between the US and China, not least because China has already warned it may retaliate to such an action.

Day ahead: Business & consumer confidence surveys and bi-weekly milk auction on the horizon

The ZEW institute’s surveys gauging economic sentiment and current conditions in Germany, eurozone’s largest economy, will be made public at 1000 GMT. Both releases are expected to reflect a decline in February after January’s surge. A related survey from the European Commission’s Directorate General for Economic and Financial Affairs covering the whole of the euro area – February’s flash consumer confidence – is scheduled for release at 1500 GMT. It also projects a dip in consumer confidence after rising to its highest since 2000 in January.

Out of the UK, the Confederation of British Industry’s monthly order book balance, gauging factory activity, will be released at 1100 GMT. The measure is anticipated to further ease in February; in December it touched a near 30-year high as British manufacturers were supported by strong export demand.

The bi-weekly milk auction is due around 1400 GMT; the release is tentative, lacking a specific time of release. Dairy products are New Zealand’s largest goods export earner, thus kiwi pairs will be eyed as the reading goes public.

Canadian wholesale trade data for the month of December are scheduled for release at 1330 GMT.

Swedish central bank Governor Stefan Ingves will be talking about the economy and monetary policy at 1730 GMT.

As the earnings season continues, Walmart and Home Depot will be among companies releasing results in the US. 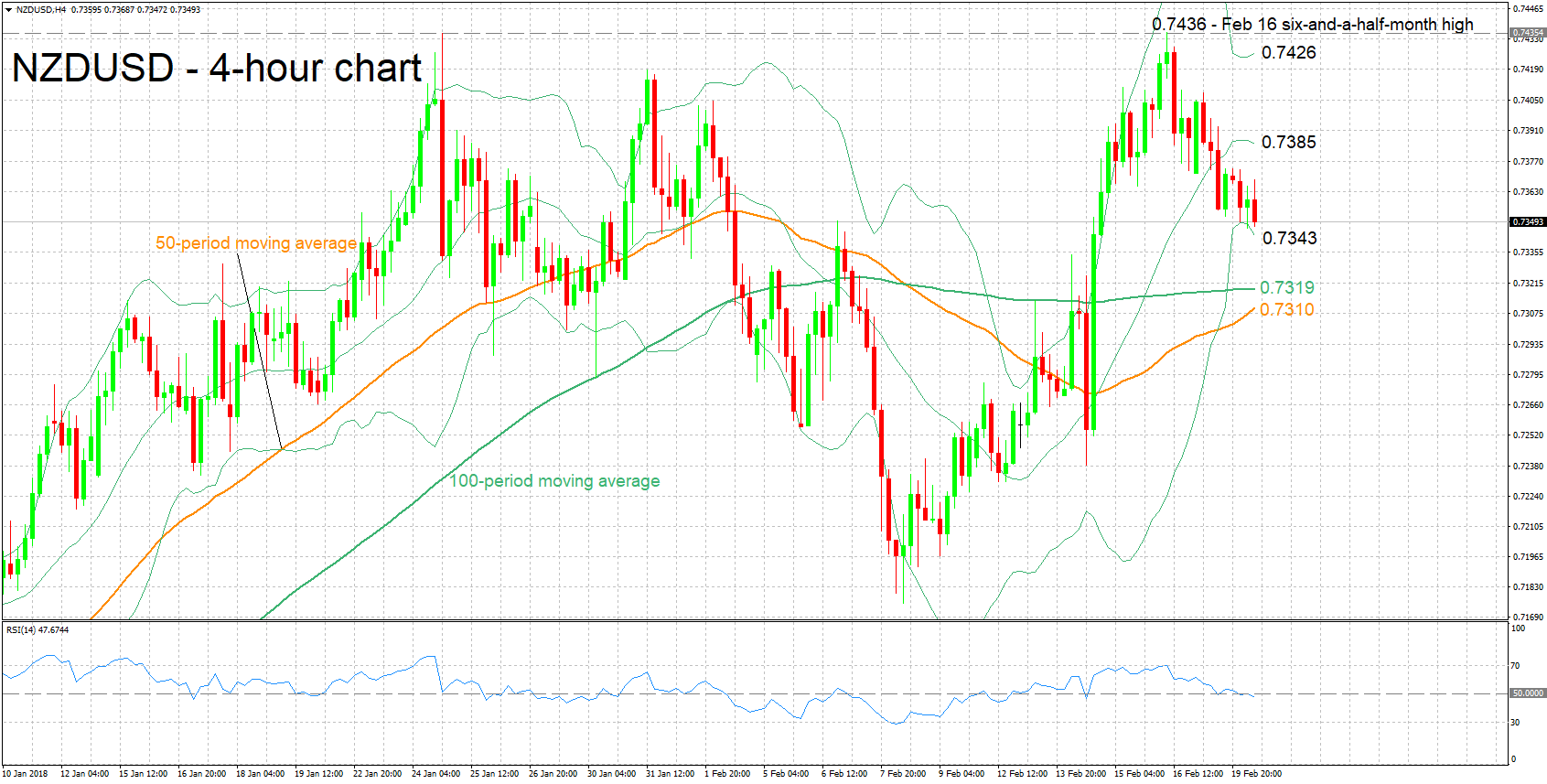 The RSI has been declining following last week’s high, though it seems to be consolidating around the 50-neutral perceived level at the moment, painting a bearish to neutral picture in the short-term.

Stronger-than-expected dairy prices out of today’s auction could lend some support to the pair, with price advancing potentially meeting resistance around 0.7385, this being the middle Bollinger line, a 20-period moving average line.

A weaker than anticipated release on the other hand, could see the pair extending its declines. The lower Bollinger band at 0.7343 could be providing support at the moment, with a downside violation shifting the focus to the area around the 100-period MA at 0.7319.