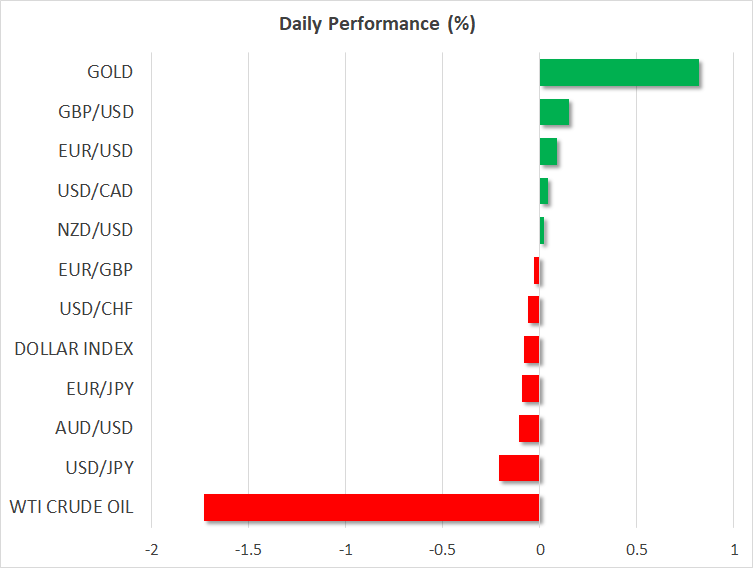 US stocks ended their five-day winning streak as hopes that the US and China would still be able to get the trade negotiations back on track at the G20 summit fast dwindled. President Trump told reporters on Tuesday that it was him that was “holding up the deal”, not China, saying China wants to make a deal “very badly”. Trump accused China of going back on four or five “major points” and said he would only agree to “a great deal” or not do a deal at all.

His remarks have left investors with low expectations going into the G20 summit at the end of the month. Neither side has confirmed whether President Trump and President Xi will meet on the sidelines of the summit, raising the prospect of a prolonged trade war that is on the verge of turning into an economic war.

Despite the disappointing headlines, however, overnight losses on Wall Street were fairly limited. Shares in Asia, though, fell more steeply today with China’s blue chip CSI 300 index closing 0.8% down on the day.

US inflation in focus

With no end in sight to the Sino-US trade row, expectations that the Fed will cut rates at one of its upcoming meetings remain elevated. Softer-than-expected producer prices out of the US yesterday for May further fuelled bets that a rate cut could come as early as the July meeting. There will be more inflation data today with the release of the consumer price index (CPI). Headline inflation is forecast to moderate to 1.9% in May, in what would be another sign of easing price pressures.

The dollar halted its rebound from the NFP-led losses and slid to around 108.30 yen. US Treasury yields also reversed course, boosting the safe-haven gold. The precious metal was 0.65% higher on Wednesday amid the global shift towards looser monetary policy.

Euro up ahead of Draghi speech; pound supported by hawkish BoE

After coming under pressure earlier in the week on rate cut signals by the ECB, the euro was on track on beating last Friday’s 2½-month high of $1.1347 as the dollar pulled back. The euro also got a small boost from fresh comments by Trump on currency manipulation. Trump tweeted “The Euro and other currencies are devalued against the dollar, putting the U.S. at a big disadvantage”. The Federal Reserve also came under the firing line, with the President tweeting “They don’t have a clue!”.

The market’s response was fairly muted, however, to Trump’s latest Twitter outburst and investors will be paying more attention to a speech by ECB President Mario Draghi at 7:15 GMT for possible hints of a rate cut.

The weaker greenback also helped sterling, which climbed back above the $1.27 level even as it becomes increasingly likely that a hardline Brexiteer will replace Theresa May as the next prime minister of the UK. There was additional support for the pound from a healthy employment report out of the UK yesterday, as well as a series of hawkish remarks by BoE policymakers.

Aussie and kiwi remain on the backfoot

In other currencies, the Australian and New Zealand dollars continued to struggle against their US counterpart, slipping to more than one-week lows. The risk-sensitive antipodean currencies have been under pressure from worsening trade tensions, which increase the probability that both the RBA and RBNZ will cut rates further this year.

The Canadian dollar was softer too, easing from 3-month highs as oil prices have fallen sharply this week. The deteriorating demand outlook for oil appears to be offsetting the effects of the production cuts by OPEC and its allies, which are close to agreeing an extension of the output pact. 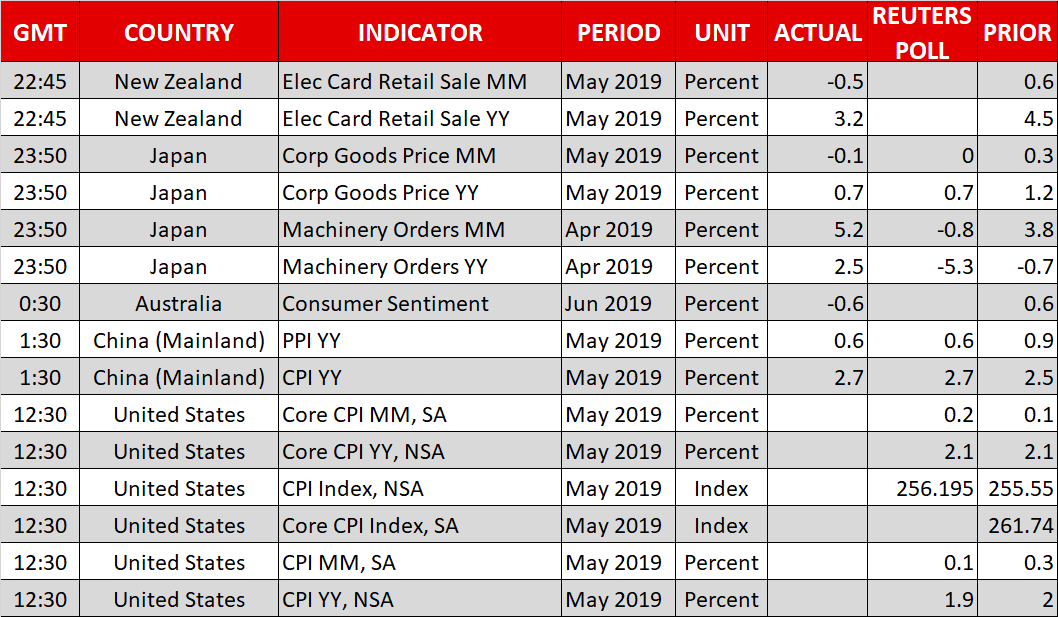