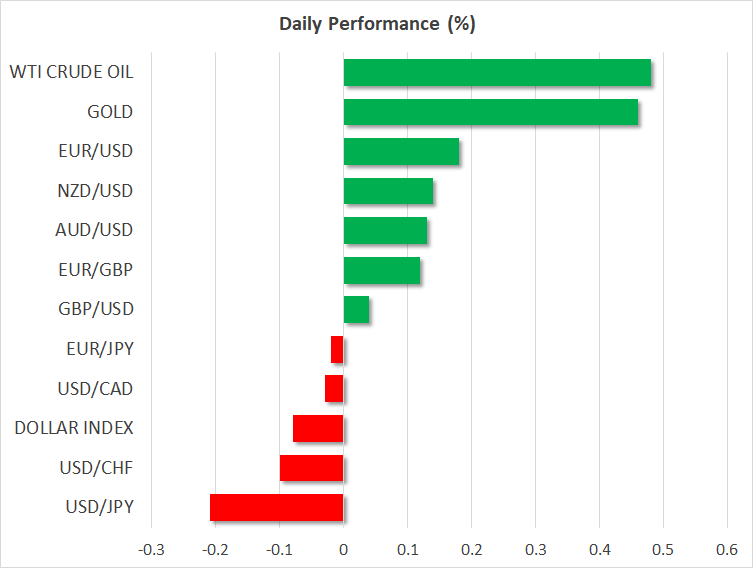 Markets were mostly in a risk-averse mood on Thursday as hopes of a quick deal between the United States and Mexico over illegal migration were dashed after President Trump tweeted yesterday that “not nearly enough” progress is being made in the talks.

His comments raised the prospect of another prolonged trade conflict for the US, as talks with China remain at a standstill, and increase the likelihood that 5% tariffs on all Mexican imports will go ahead on June 10 even as negotiations are set to continue today.

Mexico has prepared a list of US products that it could target in retaliatory tariffs should a resolution not be found, though, there’s still some optimism that the two sides will be able to reach some sort of an agreement to ease the migration pressure.

Rough ride for dollar and peso

The Mexican peso fell sharply on the disappointing headlines, falling back towards the 5-month low of 19.88 per dollar brushed earlier this week. Further weighing on the peso were ratings downgrades by Fitch and Moody’s as lower oil prices and the possibility of US tariffs darkened the county’s economic outlook.

The dollar wasn’t having a particularly better time either amid mixed signals about the US economy. The greenback took a big tumble yesterday on a shockingly weak private employment survey by ADP, pointing to a potentially poor jobs report on Friday. However, a much stronger-than-expected ISM non-manufacturing PMI for May later helped the US currency bounce back.

The dollar index has recovered to around 97.30 after plunging to a two-month trough of 96.75 yesterday. But against the safe-haven yen, the dollar was struggling again today, slipping to around 108.20 yen, as Treasury yields headed back down on rising expectations that the Fed will cut rates later this year.

The growing odds that the Fed will be forced to ease monetary policy later this year to counter the negative impact from the worsening trade and geopolitical tensions have been a big boost for gold. The precious metal surged to a 3½-month high of $1343.86 an ounce before settling lower around $1335.

Gold has been unable to benefit as much as other safe havens from the recent deterioration in risk appetite as it’s been held back from a strong dollar. It stands to make more substantial gains should the Fed begin to provide clearer signals of a rate cut.

In contrast, oil prices were struggling near 4½-month lows as the weakening global growth backdrop weighed on the demand outlook. Further pressuring oil was a huge jump in US crude stocks in the latest weekly EIA inventory data, which sent WTI briefly diving below the $51 a barrel level.

The European Central Bank will announce its latest decision today at 11:45 GMT, followed by President Mario Draghi’s press conference at 12:30 GMT. No change in policy is expected but the ECB will probably outline the full details of its previously announced TLTRO 3 program. It’s also possible the central bank could adjust its forward guidance on interest rates if its latest economic projections contain sharp downward revisions.

But investors will mainly be watching for clues from Draghi that the ECB stands ready to increase stimulus should growth and inflation in the euro area not pick up in the near future.

The euro hit a 7-week high of $1.1306 yesterday before climbing down to around $1.1230 as the dollar recovered and traders grew wary of another major clash between Italy and the European Commission. All the indications so far are that Italy’s leaders are not willing to budge on their existing spending pledges, raising the prospect of another stand-off in the coming months.

In the meantime, the euro faces an immediate risk from a dovish Draghi, which threatens to undo the currency’s modest rebound versus the dollar over the past week. 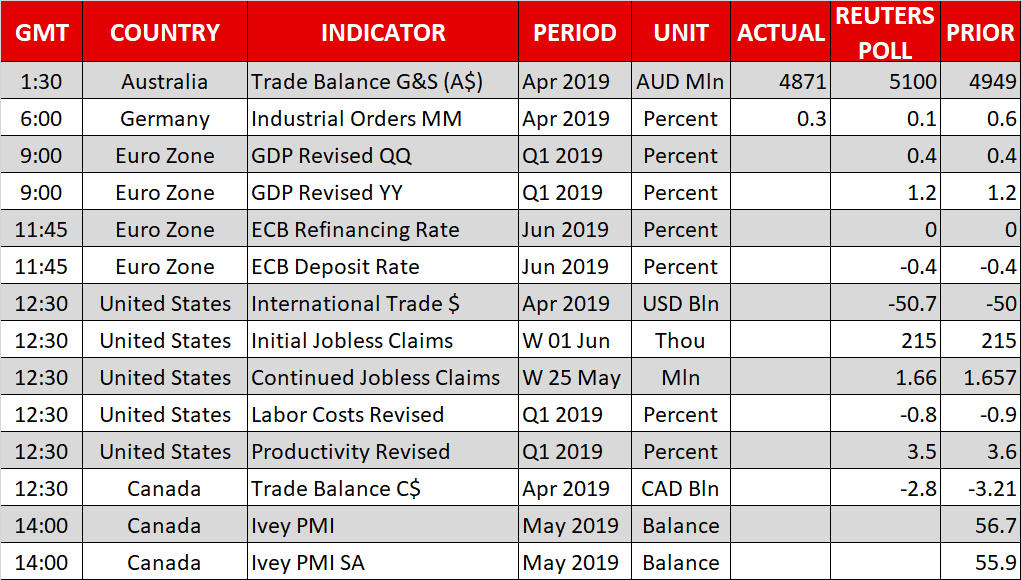