Posted on May 22, 2019 at 8:08 am GMTMarios Hadjikyriacos, XM Investment Research Desk 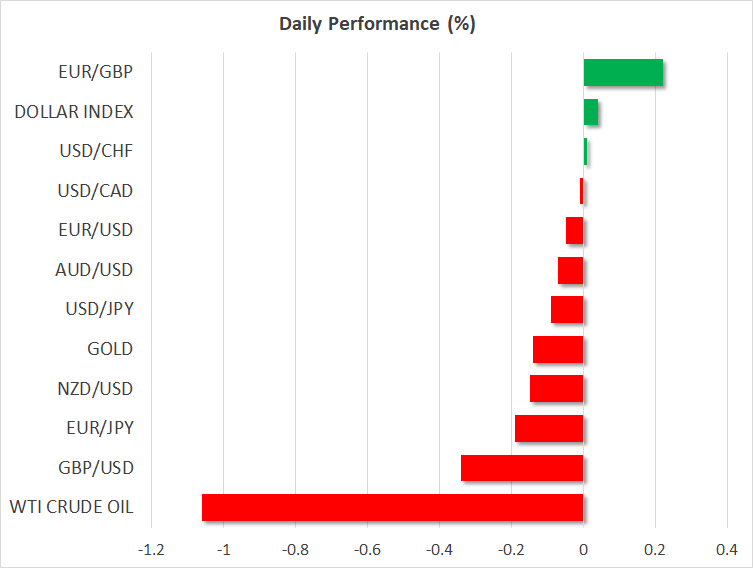 The British pound briefly spiked higher yesterday, before surrendering all its gains to trade even lower, after PM May laid out her modified Brexit deal. In an attempt to win over votes from opposition parties and pro-EU moderates, she proposed giving Parliament a vote on whether to hold a second referendum, conditional upon her deal passing.

Markets initially got excited, but reality quickly set in. First, a vote to hold a vote means little – especially since a second referendum was already rejected by lawmakers during the indicative votes back in March. Second, by ‘softening’ her stance this much, she has alienated her own Brexiteers, with prominent Tories like Boris Johnson already saying they’ll vote against this bill.

In fact, reports today suggest the Tories will try to make May resign much earlier, perhaps after the EU elections this week. Opinion polls imply a weak showing by the Conservatives, with many voters going for the new Brexit Party. If so, that could raise the likelihood of May being replaced with a ‘hardline’ Brexiteer as the Tories try to mend their image, raising the odds of a no-deal Brexit. Hence, the risks around the pound still seem skewed to the downside.

UK inflation data for April are on tap today.

Fed minutes could give the dollar a helping hand

The US dollar remains the market’s ‘darling’, as the collective softness in the euro, pound, aussie, and kiwi leaves investors with little alternative but to embrace the greenback. This is predominantly a story about global weakness driving investors to the US, as opposed to the US attracting capital flows solely on its own merits.

Today, attention will be focused on the minutes from the latest Fed meeting, due at 18:00 GMT. Chairman Powell was less cautious than markets had expected back then, downplaying the prospect of rate cuts. The minutes could echo a similar tone, particularly since this gathering took place before the latest escalation in trade tensions. Considering that a rate cut by December is now fully priced in, a neutral bias may trigger a slight unwinding of easing bets, lifting the dollar.

News that the US delayed the blacklisting of Huawei lifted US stock markets yesterday, with the move seen as a gesture of good faith by Trump aimed at restarting negotiations with China. The optimism didn’t last long though, with Asian markets struggling today following reports that the US may limit Chinese surveillance companies from buying American technologies. Indeed, some skeptics say the delay had more to do with helping US companies get rid of unwanted inventory they were planning to sell to Huawei in the coming weeks.

Overall, this conflict seems to have entered a new stage, with Washington doing all within its means to put pressure on China to come back to the negotiating table, but Beijing looking unwilling to do so as it doesn’t want to be bullied around. The implication is that China is almost certain to retaliate and given that neither side wants to be seen backing down, more escalation may lie ahead.