The social media colossus will release its Q1 earnings on Wednesday, after Wall Street’s closing bell. Forecasts point to a decline in earnings, as greater spending on security is expected to weigh on margins. Regardless, investors are loading up on the company’s stock, which has soared by nearly 40% year-to-date, far outperforming the broader market.

The ad-based social network company is expected to have made $1.63 in earnings per share (EPS) in the first quarter, which would represent a decline of 3.8% from the same quarter last year. The most bearish analyst expects $1.39, and the most bullish one $1.95.

Revenue, on the other hand, is expected to grow by a healthy 25.1% from a year earlier. This begs the question: if incomes are still growing rapidly, why are profits struggling?

Facebook is certainly no stranger to controversy or security breaches, with several such episodes in recent years. So much so, that investors were becoming worried privacy concerns would start to manifest into reduced user growth and engagement, i.e.  fewer new Facebook users and less involvement by existing users.

Yet, that hasn’t played out. Active monthly users have continued to grow at a steady pace and even though the forecast is for a slight slowdown in Q1, the expected 7.9% increase from a year earlier (to almost 2.4 billion users) is still quite solid. This will be a key metric to watch; any major surprise here may prove much more important than earnings or revenue. 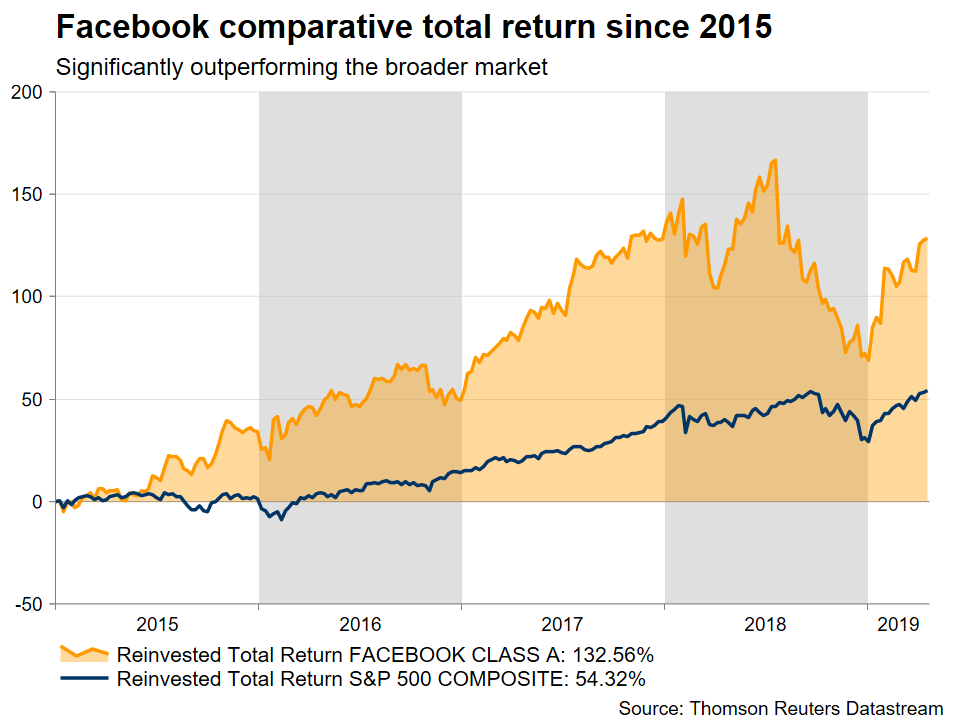 Perhaps the reason the fallout from these scandals was not as severe as feared, was that Facebook took steps to safeguard against similar occurrences, hiring thousands of people to enhance its security, as well as content moderators to resolve issues like ‘fake news’. While warranted, these enhancements are also costly, pressuring the firm’s operating margins – which helps explain why net cash flow is struggling.

While consumers don’t appear concerned by Facebook’s practices, the same cannot be said about regulators. Without digging into the details too much, the company is increasingly under scrutiny for its competition practices, specifically on whether its industry dominance is prohibiting other smaller players from entering the market. In other words, whether it’s a monopoly. Perhaps sensing that some regulation is inevitable sooner or later, CEO Mark Zuckerberg recently wrote an article welcoming new rules in areas like content filtering, though not monopoly action.

This will probably be a hot topic in the conference call with analysts after the earnings are released, as the prospect of comprehensive antitrust regulation represents one of the biggest risks for the corporation’s stock. 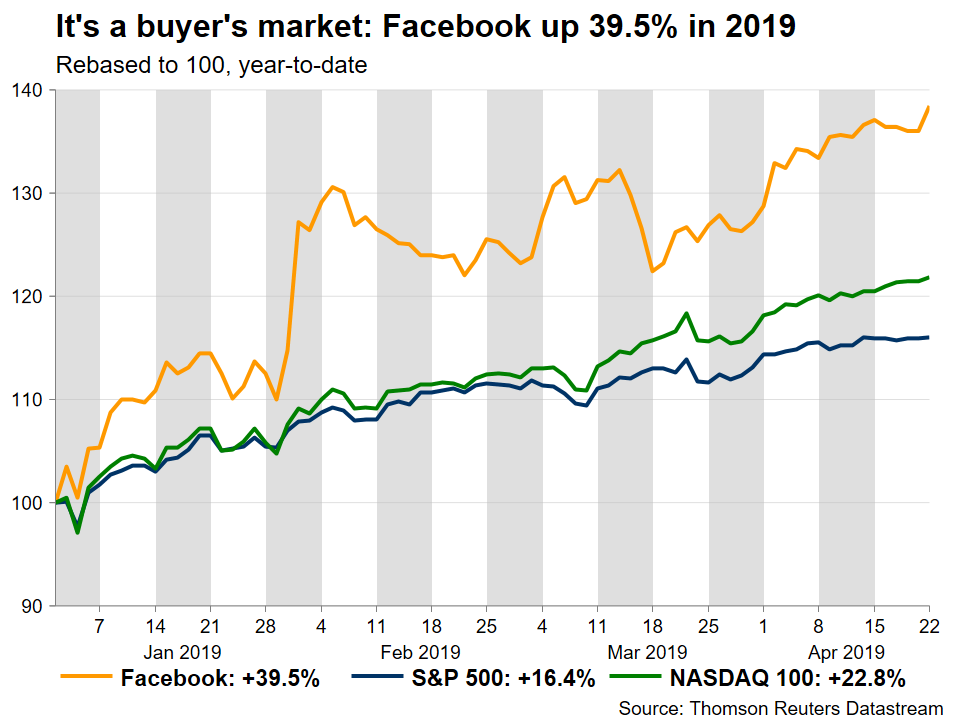 This is a strong indication that most of the market’s concerns around Facebook, that were quite evident last year, have now subsided. Much of that has to do with user growth not taking the hit it was expected to suffer, and antitrust regulation – even if it does come – still likely being years away.

Taking a look at the technical picture, potential resistance to advances in Facebook’s stock could come near 188.30, the August high, with an upside break opening the way for a test of 192.0.