The minutes of the latest Federal Open Markets Committee (FOMC) meeting will be released on Wednesday at 19:00 GMT. Nothing much happened or was said back then, so the minutes are unlikely to contain any major policy signals. Instead, investors might look to the preliminary PMIs for February that are due on Friday for clues on whether virus uncertainty has started to infect America too. As for the dollar, there’s nothing on the horizon to suggest the explosive uptrend is coming to an end.

The US economy has lost some of its shine recently, with real wage growth, consumption, and business investment all slowing down. Yet, the overall situation isn’t horrible either. Growth is still running at a solid 2% clip, the labor market continues to add jobs at a healthy pace, the manufacturing sector has finally stopped contracting, and consumer confidence remains elevated, keeping recession fears at bay.

Global developments have also been mixed. While trade concerns started to evaporate after the ‘phase one’ US-China deal, worries about the virus in China and its spillover effects on other economies soon started to emerge.

But still the best of a bad bunch

Yet for all its troubles, the US economy remains far stronger than the competition. Europe and Japan are hardly growing and might struggle to avoid a recession in the coming quarters, as they are much more exposed to China via exports than America is, making them more likely to suffer if virus worries bring Chinese growth to a halt. 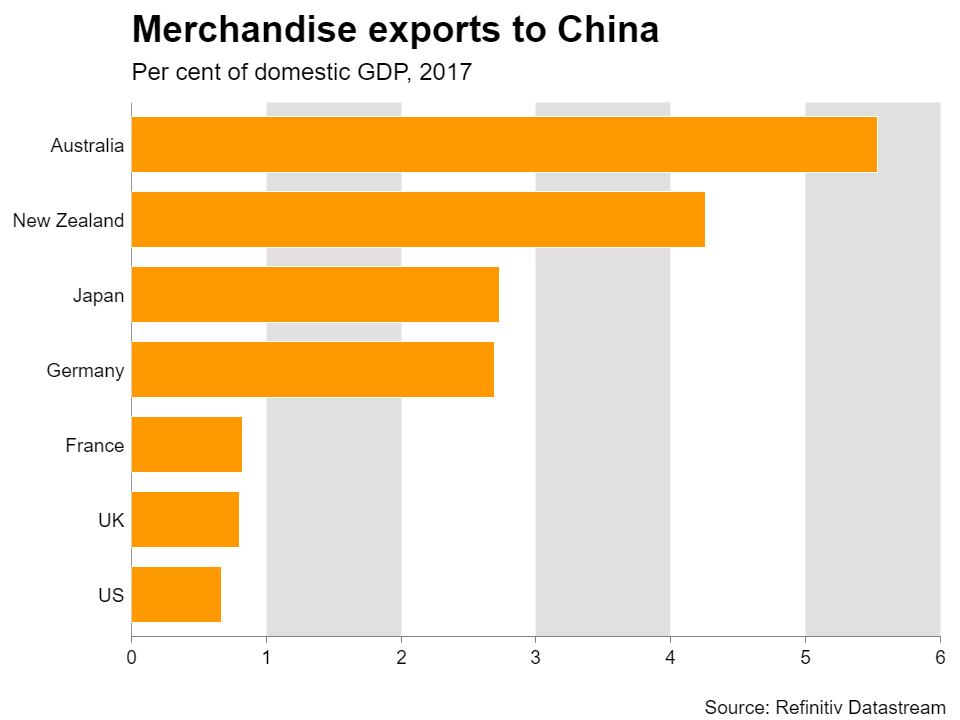 Moreover, monetary policy in both nations is exhausted after years of heavy money printing and fiscal room is limited, so there’s little that the authorities can really do to counter a shock like this one. Again, this is not the case in the US.

Turning to this week’s releases, the minutes of the latest FOMC meeting are unlikely to provide much excitement. No action was taken back then, nor did Chairman Powell say anything new. Investors also heard from Powell after this policy meeting took place, so any major revelations in the minutes are probably off the cards.

Instead, a more important driver for the dollar might be the preliminary Markit PMIs for February, as this will be the first batch of data that might capture some impact from the virus, at least on business sentiment. Forecasts point to a decline in both the manufacturing and services indices, albeit a small one.

Even if the US PMIs decline due to virus worries though, there’s a good chance the European PMIs – which will be released earlier that day – might decline by even more, as German manufacturers rely on Chinese demand to absorb their exports. Germany’s ZEW survey for February showed substantial damage from virus fears, and if the same is reflected in the Eurozone PMIs, then the euro might resume its collapse – which by extension would boost the dollar.

On the crest of a wave

In the big picture, the dollar is still the only game in town. Not only is the US economy stronger than its competitors, but America also has higher interest rates than Europe or Japan, which generates a strong carry trade in favor of the greenback. In other words, sub-zero rates in the Eurozone incentivize investors to borrow in euros and buy US assets, fueling demand for the dollar.

It’s difficult to see what can turn this narrative around. Markets are already pricing in one and a half Fed rate cuts by year end, but the dollar has only moved higher, mainly because there’s nowhere to ‘hide’ outside the US.

Perhaps if the Fed cuts rates even more aggressively than what is priced in, or the Eurozone gets its act together and delivers a large fiscal spending package to boost growth and lift the euro, then the dollar will turn lower. However, neither looks likely anytime soon, especially considering the vacuum in German politics at present.

Taking a technical look at euro/dollar, if the bears remain in charge, their next target might be the 1.0780 zone, defined by the high of April 20, 2017. A downside break could open the door for the 1.0740 area.

On the flipside, a recovery in the pair may stall initially around 1.0840. An upside violation would turn the focus to 1.0875 next.