The world’s oldest safe haven recorded extraordinary gains lately, as the ‘perfect combination’ of falling interest rates, a declining dollar, and general risk aversion amid recession and geopolitical fears fueled the rally. Given that these forces seem unlikely to abate anytime soon, the outlook for gold remains bright, with the key risk to this view being a potential trade ‘ceasefire’ that calms markets down.

The global economy is clearly losing momentum, with uncertainty emanating from trade tensions holding back business investment and hence posing downside risks for future growth. The result is that major central banks including the Fed and the ECB have once again taken it upon themselves to support this expansion, declaring recently that they stand ready to add more stimulus if the situation doesn’t improve soon.

Accordingly, interest rates are falling across the world as investors position for looser monetary policy, which is increasing gold’s appeal. Bullion doesn’t pay any interest to hold, so the lower rates go, the more attractive it becomes in comparison to interest-bearing assets like bonds. Indeed, the (inverse) correlation between movements in short-term US bond yields and gold prices has been surprisingly strong lately.

Meanwhile, the dollar has lost some of its shine, which is also a positive for the yellow metal. Since gold is typically denominated in dollars, the two have an inverse relationship, with a weaker US currency making gold ‘cheaper’ for investors using foreign currencies – hence increasing its demand.

Beyond these, there’s some ‘good old-fashioned’ risk aversion driving funds into gold. Fears of a recession in the coming year are riding high, with New York Fed models now predicting a 29.6% – and rising – probability for a recession by May next year. Notice that this percentage remained below 50% even in the heights of the 2008 slump, so the actual likelihood may be even higher. This is also a big part of why central banks are preparing to ease. 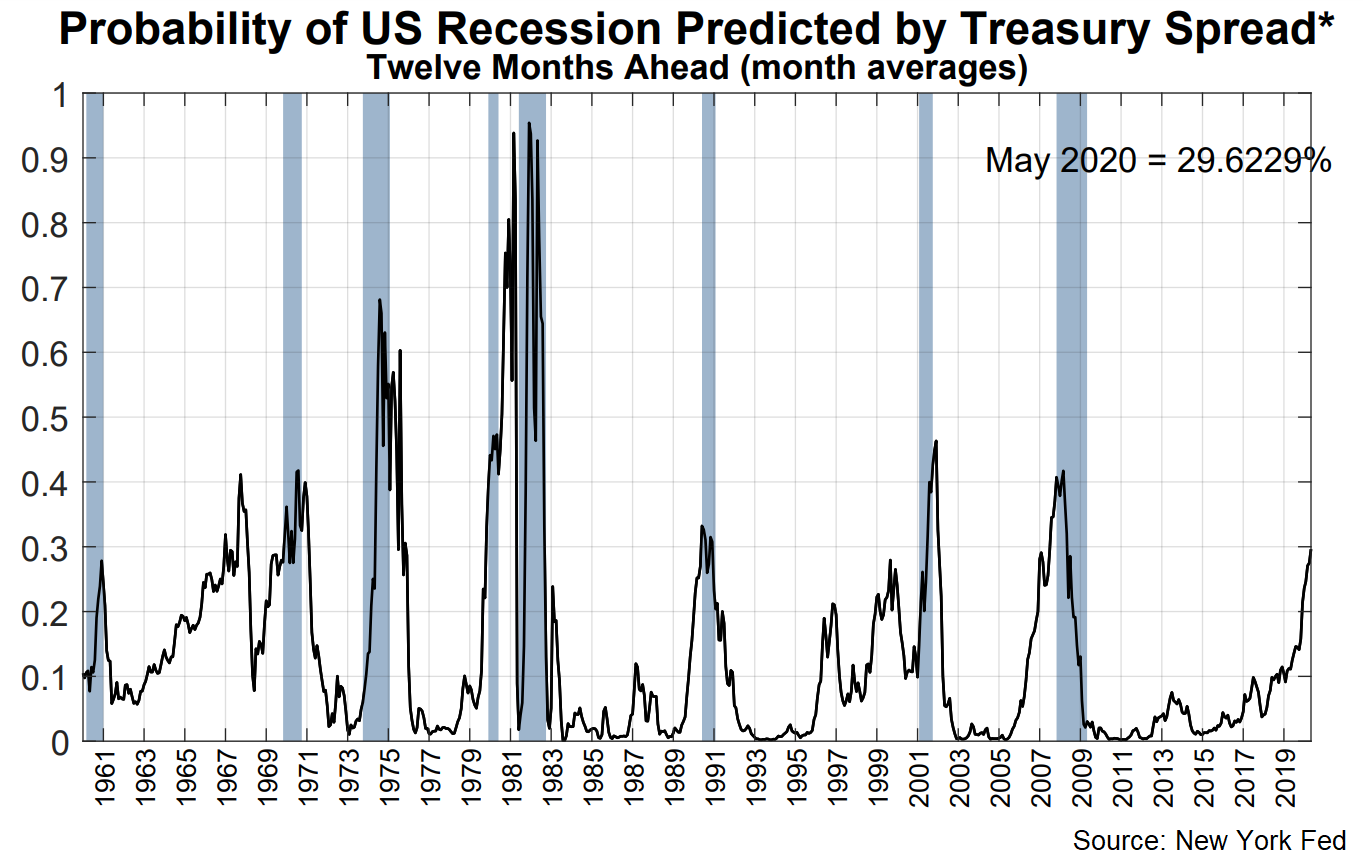 Not only are several leading economic indicators flashing red, but geopolitical risk is also on the rise. Boiling tensions in the Middle East as regards Iran, and in the South China Sea are adding another dimension to uncertainties that investors must grapple with. In such uncertain times, gold may be the ultimate defensive asset.

In other words, practically all the factors needed for gold to rally are firmly in place, explaining the recent strength. Even the technical picture agrees, with bullion having just recorded a fresh 6-year high. Therefore, the real question now is whether this ‘perfect wave’ can continue to push prices higher, or whether gold has gone too far already.

To that end, more upside seems more likely than not. Predominantly because both global interest rates and the dollar seem like they can move lower still. Neither the Fed nor the ECB have actually added stimulus yet, and once they do, the dollar may find itself as the underperformer given that US interest rates are much higher than European ones – and therefore have a lot more room to move lower.

But trade ‘ceasefire’ is a major near-term risk for gold

The key risk to this view, is the possibility that trade tensions between the US and China subside soon, perhaps if the leaders of the two nations agree to another ‘ceasefire’ aimed at restarting negotiations when they meet at the G20 summit next week. Such an outcome could make the major central banks more hesitant to cut rates, trigger a rebound in interest rates as well as in the dollar, and by extent drag gold back down in the short run.

In the big picture, it’s highly questionable whether an actual deal will ultimately be struck, given how far apart the two sides seem to be on crucial issues. Still, the leaders of both China and the US might try to portray a positive picture nevertheless, even if little progress is made, for fear of hurting economic and business sentiment in their respective home economies.

Taking a technical look at gold prices, further advances could encounter immediate resistance near the 1393 area, with an upside break opening the door for a test of 1422, a high recorded back in June 2013. Even higher, the August 2013 top of 1433 would attract attention.

On the downside, a decline in prices could stall near the crossroads of the 1348 zone and the uptrend line drawn from the lows of May 30. Even lower, focus may shift to the 1320 zone, which capped the pullback on June 11.