· Dollar at week's lows ahead of blockbuster US jobs report· Stocks stage a late rally, but it's a dash to quality· Pound undecided after BoE adjusts QE, gold breaks out 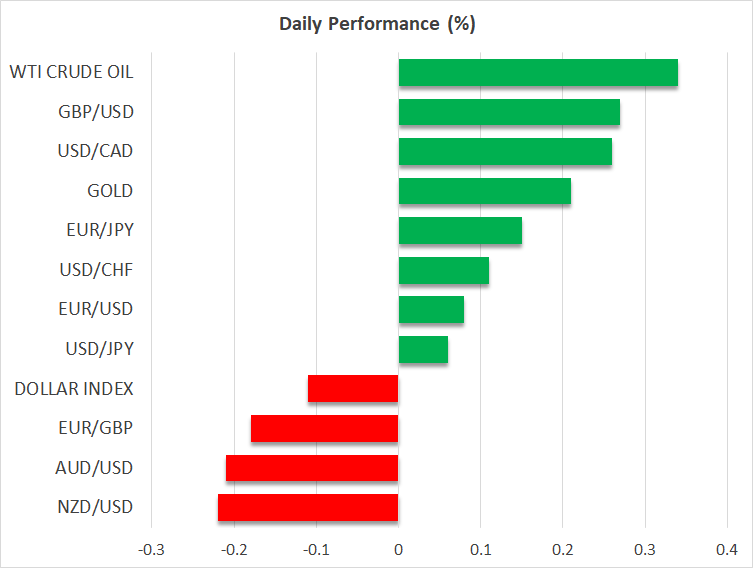 Nonfarm payrolls: How much is too much?

The spotlight today will fall on the US employment report for April. Nonfarm payrolls are expected to clock in at 978k, with forecasts ranging from 2.1 million to 656k. This period captures the grand reopening of many US states as vaccinations went into overdrive, with consumers feeling enthusiastic after receiving their stimulus checks and businesses going on a hiring spree to prepare for summer demand.

Taking a look at various employment indicators, they argue for a solid report overall. Initial jobless claims were substantially lower during the week this NFP survey was conducted compared to the same week in March, while PMI surveys generally pointed to a great month for job creation, with the exception of the ISM manufacturing report.

Turning to the market reaction, the short answer is that it will depend on the magnitude of any surprise. Remember that the Fed is adamant the labor market is still far from healed, so it's too early to discuss tapering. Therefore, anything in the 800k – 1.5 million range would be the sweet spot for riskier assets like stocks, strong but not strong enough to ignite fears of a more hawkish Fed.

Now let's examine the outliers. Anything less than 700k would vindicate the Fed's cautious approach, sinking the dollar but perhaps boosting equities as expectations of QE for longer are cemented. On the contrary, an NFP print closer to 2 million could be seen as 'too good' and scare equity markets while turbocharging the dollar, as traders price in the risk of a Fed tapering announcement over the summer.

It was a lively session on Wall Street, with the major US indices staging a late-session rally that catapulted the Dow Jones to a fresh record high. Investors are now grappling with a three-speed stock market. Most big caps are doing just great but the tech sector has come under pressure lately, and within the tech sphere there's a core of futuristic companies without profits that have been absolutely nuked. It's essentially a dash to quality.

The striking part is that there's no catalyst behind this demolition in story stocks. Then again, if you are a cash-burning company trading at 50x forward sales, there doesn't need to be any solid reason other than a shift in sentiment. And with many valuations still stretched, it's difficult to say where the bottom is.

On the bright side, this is a healthy sign for the longevity of the overall bull run. The most 'bubbly' parts of this market have been taken to the cleaners, but in an isolated manner. While painful, this diminishes the risk of a more violent correction later on.

Sterling went for a ride yesterday. The Bank of England slowed down the pace of its weekly QE purchases but stressed that this isn't tapering, as the total size of purchases was kept unchanged. The BoE merely slowed the pace to spread out its purchases over a longer period. We are still waiting on the results of the local elections in England and Scotland.

Meanwhile, gold is back in fashion. The yellow metal punched above the $1800/ounce zone, capitalizing on the pullback in real rates and the dollar. It would be a big technical victory if bullion closes the week above this region, setting the stage for a summertime revival as inflation fires up but the Fed downplays normalization fears.

Finally, note that Canada's employment data for April will also be released today. 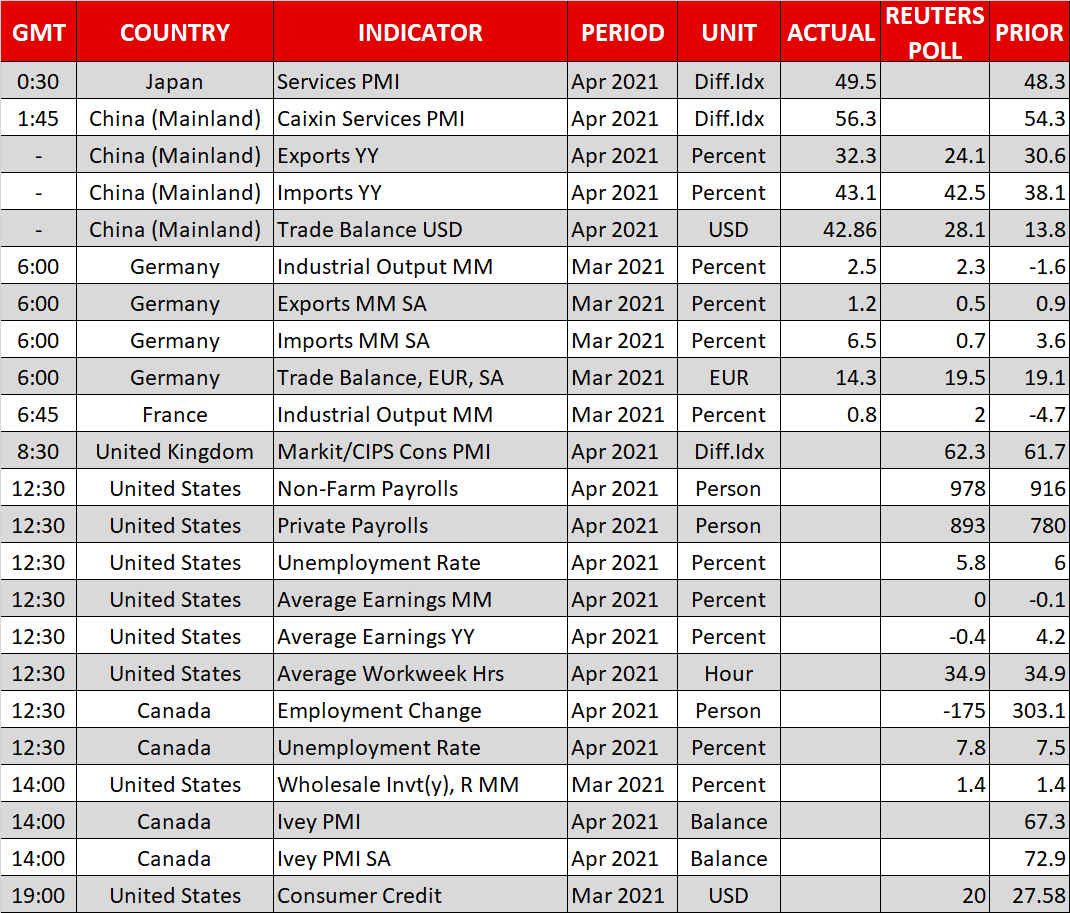