Another quarter-point rate hike is probably on the Reserve Bank of Australia’s agenda, which is due to announce its last policy decision for the year on Tuesday at 03:30 GMT. While inflation prompts additional monetary tightening next year, internal fragilities may promote a more flexible policy approach. Early hints on forward guidance may trigger the next wave of volatility in the aussie.Another quarter-point rate hike

The Reserve Bank of Australia (RBA) upgraded its forecasts for inflation and wage growth during November’s meeting, and although it underlined the need for more rate increases ahead, it downshifted again to a quarter-percent rate hike.

On Tuesday the central bank will probably show consistency, closing the year with another quarter-point move as the latest data series out of Australia indicated decelerating economic activity in the third quarter. CPI inflation cooled down faster than expected to 6.9% y/y from 7.3% previously, retail sales marked the slowest quarterly growth in a year, while capital expenditures continued to decline for the third consecutive quarter, reflecting cautious business planning. 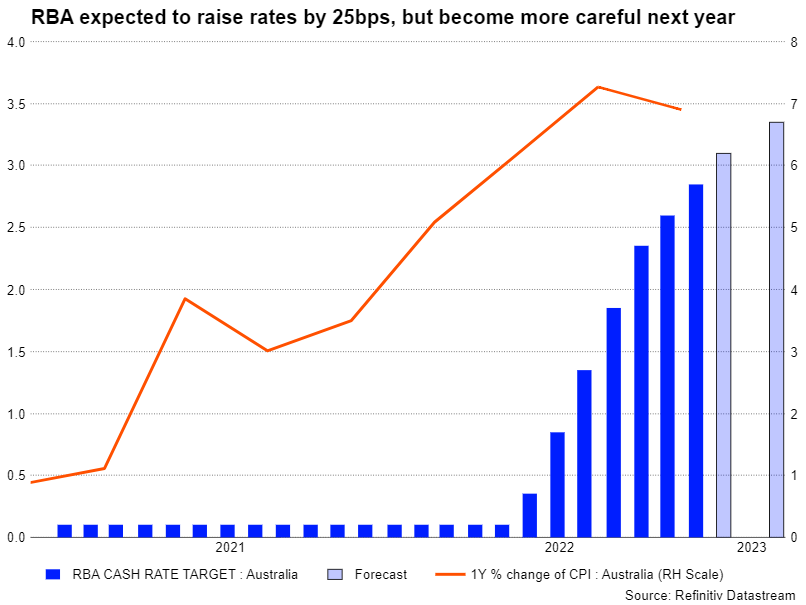 Nevertheless, capital expenditures remained elevated on a yearly basis, pointing to solid investment intentions, while on the demand side there are no serious cracks yet. With the unemployment rate standing at five-decade record lows, and wage growth advancing by the most in a decade, consumers might be well placed to weather higher borrowing costs. 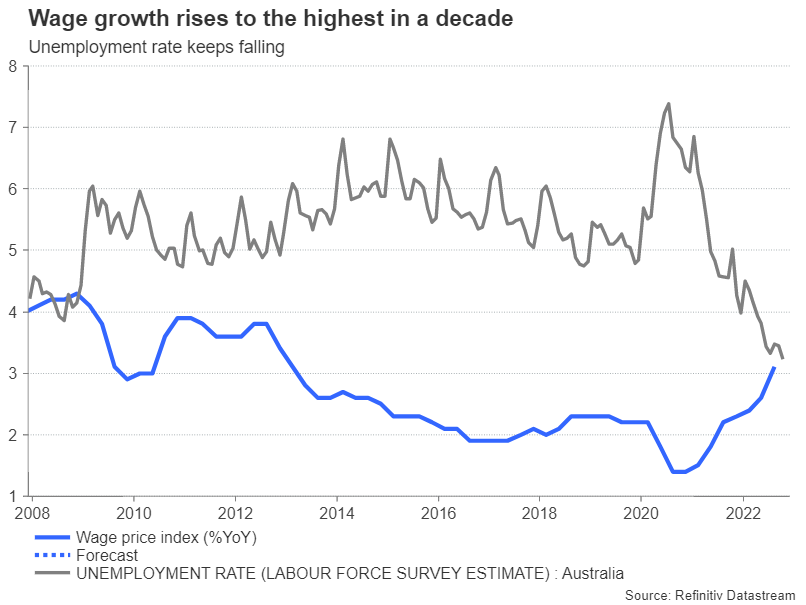 According to forecasts, Q3 GDP growth is expected to come in at 0.7% q/q on Wednesday from 0.9% previously, with the yearly change almost doubling to 6.3%.

As regards the housing market, the slide in prices accompanied by distressed new home sales suggests that the prospect of increasing mortgage rates has started to weigh on consumers’ sentiment. Next year could be even more challenging when a chunk of loans, which were fixed at record-low rates, switch to variable higher rates. 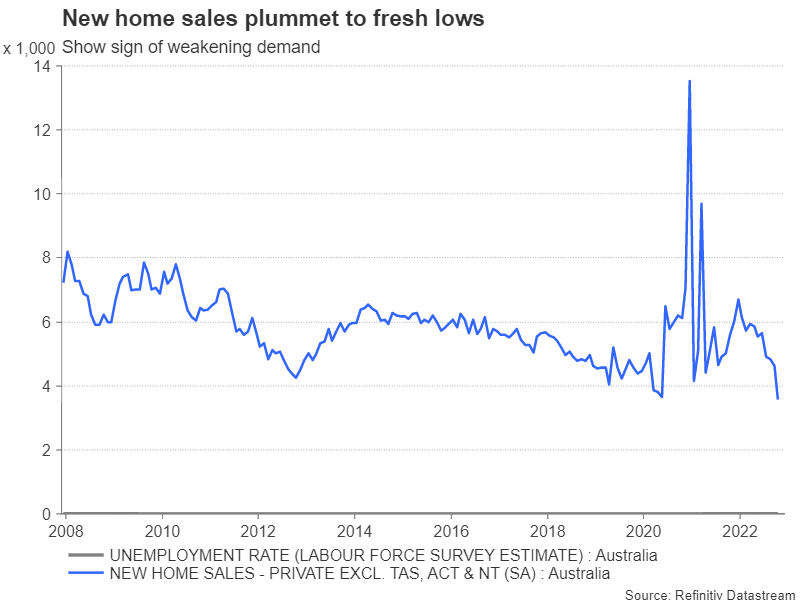 Hence, monetary tightening decisions may not be straightforward in 2023 and arguments for smaller rate hikes could grow among policymakers given Australia’s whopping 203% household debt to net disposable income. However, there is no need for panic either as house prices hold 20% above the pre-pandemic levels and rent affordability, although decelerating, is above pre-pandemic levels in major areas such as Melbourne and Sydney.

With China’s reopening looking promising for Australian exports, and the economy remaining resilient, the tightening phase may stretch into 2023 with the scope of preventing inflation from becoming entrenched. However, forward guidance on interest rates might be limited and conditional on economic data according to the RBA’s chief Philip Lowe. He also showed a preference for a more flexible approach, which involves a return to larger rate increases and periods of stable rates.

Currently, futures markets provide a probability of around 74% for a rate increase to 3.1%, but the odds for any rate hikes beyond 3.35% have become minimal. Hence, given the uncertain monetary outlook, any updates on future policy moves could make the aussie volatile.

Should the central bank assign more weight to price stability, hinting at additional rate increases, aussie/dollar may head for the 0.6915-0.7000 resistance territory.

In the event of a dovish rate hike, where the central bank sees the terminal interest rate lower than previously estimated, the risk-sensitive currency could reverse south to test the 20-day simple moving average (SMA) near 0.6700.

A steeper decline could emerge in case the central bank surprisingly halts its rate hikes till its next policy meeting in February. If that proves to be the case, the pair could erase its latest pickup to meet the 50-day SMA at 0.6520.