The impending batch of US economic statistics due out at the end of this week could be critical in determining the direction of the dollar's fortunes’. The Gross Domestic Product (GDP) figure will be released on Thursday at 12:30 GMT, while the Fed's preferred inflation metric will come out on Friday at 12:30 GMT. Overall, the outlook for the dollar remains positive when compared to the euro and the yen.GDP and PCE price index in sight

The first estimate of gross domestic product for the third quarter will be revealed on Thursday. On this point, there is a significant divergence between market expectations and Federal Reserve models. While analysts agree that the economy will grow at an annualized rate of 2.7% y/y, the Atlanta Fed's GDPNow model predicts a growth rate of only 0.5%. The American economy grew by 6.7% in the second quarter, which was somewhat below the more optimistic forecasts.

While rising prices, supply chain difficulties, and labor shortages were projected to have weighed on growth in the third quarter, some of these effects may fade in the fourth quarter, especially if there is no new Covid variant to worry about.

Nevertheless, a negative surprise could cause some worries about the Fed's ability to hike rates and put pressure on the greenback. If the figure is better than expected, yet still showing a slowdown, the inverse may be true.

The core PCE price index, which is what the Fed looks at most closely, increased by 0.3% m/m in August, matching the previous month's gain, owing to increases in services. Within goods, both durable and non-durable items had price increases. PCE prices increased 0.4% in August, matching the increase in July and slightly exceeding market estimates of 0.2%. In September, the prediction is a rise at 3.7% y/y from 3.6% previously while month-on-month is forecasted to fall to 0.2% from 0.3%. 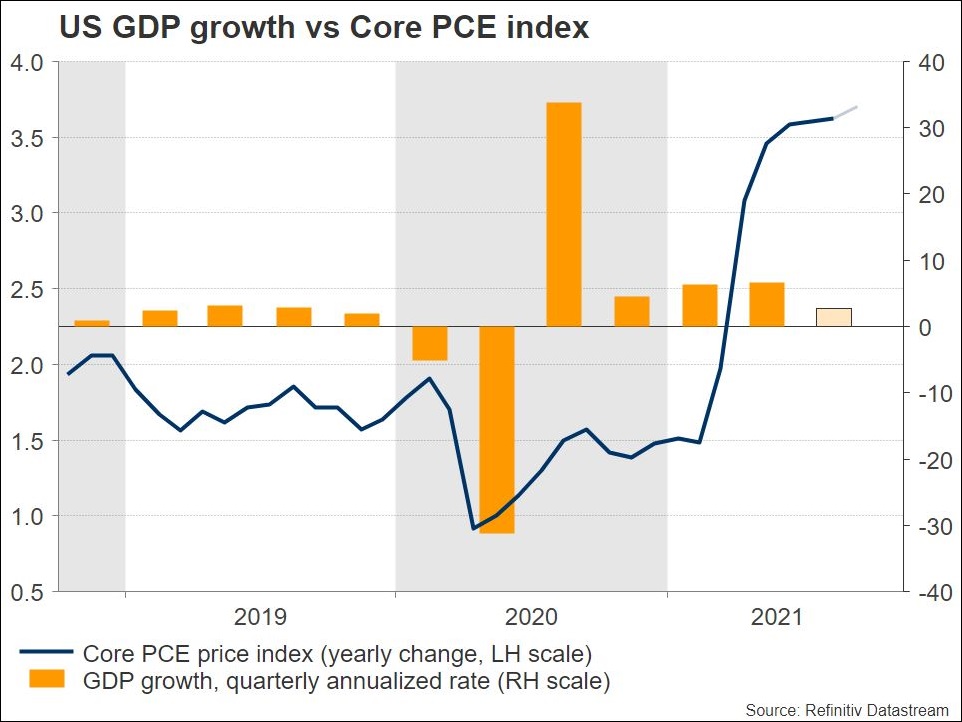 Focus on earnings releases this week

There is a shift in focus to third-quarter corporate earnings reports this week as the September data may be seen as outdated by some Fed policymakers are getting ready for the Federal Open Market Committee meeting next week. Thus, investors will be gauging inflation pressure by how companies describe their expenses and their ability to pass them on to customers. Energy prices are also getting more attention due to the surge in commodity prices. 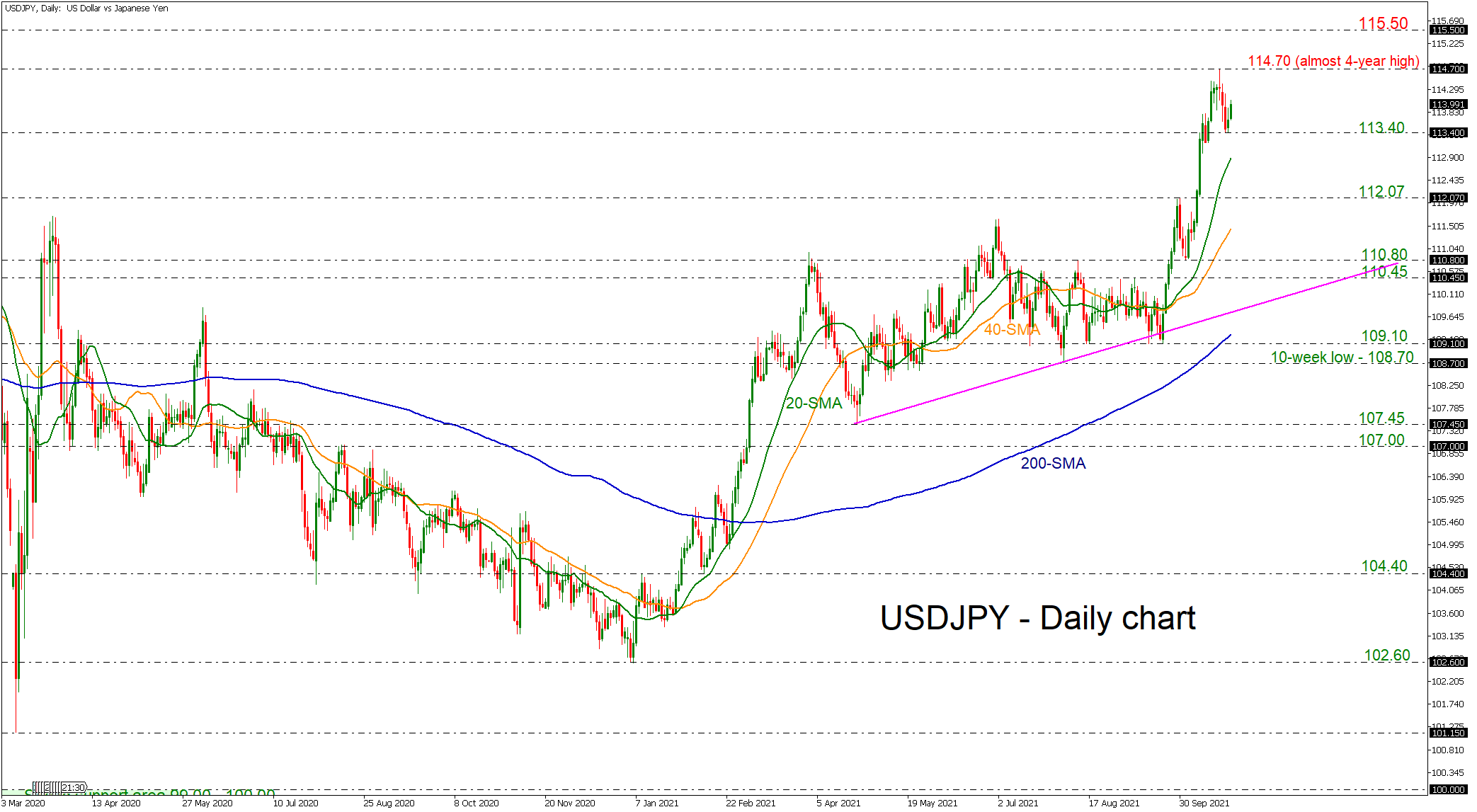 Dollar/yen heads higherIn the big picture, the outlook for the dollar seems positive, particularly against the euro and yen.

Taking a technical look at dollar/yen, if the bulls manage to overcome the almost four-year high of 114.70, their next target might be the 115.50 area, marked by the high in March 2017.

On the flip side, a reversal lower could encounter immediate support near the 113.40 region, before the focus turns towards the 112.07 zone.

US inflation set to reach 4-decade high; will it be the precursor for faster Fed taper? – Forex News Preview