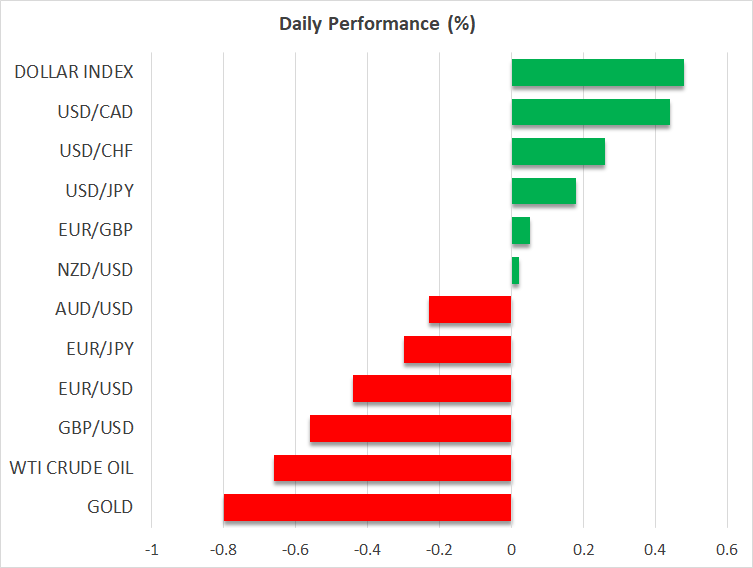 Risk rally starts to fade amid doubts about Fed pivot

The market euphoria around the hopes that the Fed is nearing a turning point with its policy tightening began to fade slightly on Wednesday after policymakers reinforced their resolve in bringing inflation down. What initially started as a relief rally after the UK’s finance minister performed a U-turn on one of the tax cuts in his controversial mini budget turned into a full-on risk rally following some soft data out of the US.

Hot on the heels of Monday’s sluggish ISM manufacturing PMI, yesterday’s JOLTS job opening numbers gave further indication that the Fed’s recent mammoth rate hikes have started to take substantial steam out of the economy. Job openings in August fell the most in two-and-a-half years, contradicting some of the more robust readings of the weekly jobless claims and monthly payrolls change. The latest nonfarm payrolls report due Friday will therefore be crucial, but ahead of that, all eyes will be on today’s ISM non-manufacturing PMI.

With Fed officials still pretty much singing from the same hawkish hymn sheet, mixed data will only go so far in dampening rate hike expectations. Treasury yields have already started to tick higher following the sharp pullback that took the 10-year yield from 4% down to almost 3.5%.

It’s also worth pointing out that much of the recent rise in bond yields was on the back of the turmoil sparked by Kwarteng’s budget so markets are more or less back to where they were before that panic. More to the point, the Fed funds rate is no longer seen peaking above 4.5% and this should keep equities supported for now even if the rebound struggles to make further progress henceforth.

US futures were last quoted down about 0.8% and European stocks opened in negative territory, shedding some of Tuesday’s impressive gains. The S&P 500 surged by 3%, taking this week’s tally to 5.7%. The Nasdaq Composite (+3.3%) did even better, as tech stocks were lifted by the drop in yields as well as from a jump in the share price of Twitter (+22%) after Elon Musk ended months of uncertainty about his bid to acquire the firm by confirming that the deal is back on at the original price of $44 billion.

But as the positive mood subsided somewhat today, Asian shares were able to stay in the green, with Hong Kong’s Hang Seng index closing almost 6% higher.

Major currencies also gave up some of their gains, retreating against the US dollar, which yesterday slumped to a two-week trough versus a basket of currencies.

The pound was off about 0.4% but this is just a fraction of the more than 10% it has recovered from its all-time low of $1.0382 it hit on September 26. Still, the currency remains highly vulnerable to the political happenings in Westminster, or more precisely, in Birmingham today where Prime Minister Liz Truss will deliver her first speech as leader at the Conservative party conference.

There’s a risk that Liz Truss not only does not tone down her radical ideas to revive the UK economy, but also that party divisions are laid bare, adding yet more uncertainty to sterling.

The euro was also heading lower on Wednesday after coming close to touching parity against the greenback yesterday.

Only the New Zealand dollar was able to hold firm as it drew support from the RBNZ’s decision earlier today not to follow in the footsteps of the RBA by slowing down the pace of rate hikes. The RBNZ raised the cash rate by 50 basis points to the highest level in seven years and backed it up with a hawkish statement.

The move signalled that other central banks are in no rush to go down the RBA route, aiding the mild rebound in yields.

Another reason for investors to turn more cautious today is OPEC’s upcoming decision on how much it will cut oil production. OPEC and its allies that include Russia are widely expected to announce a reduction in output but there are worries about what impact this will have on prices. The downward trend in oil prices since the start of the summer has brought much needed relief to consumers and businesses around the world amid the cost-of-living crisis.

Anything up to one million barrels a day may not necessarily lead to a significant change in actual production given that many OPEC members are currently unable to meet their quotas. But reports suggest that the cartel is considering cuts as much as two million barrels a day.

Nevertheless, with oil prices having bounced back strongly over the last week and the demand outlook still bleak, there might only be a limited reaction to a bigger-than-expected reduction. Both WTI and Brent crude futures were trading lower on Wednesday, having surged this week. 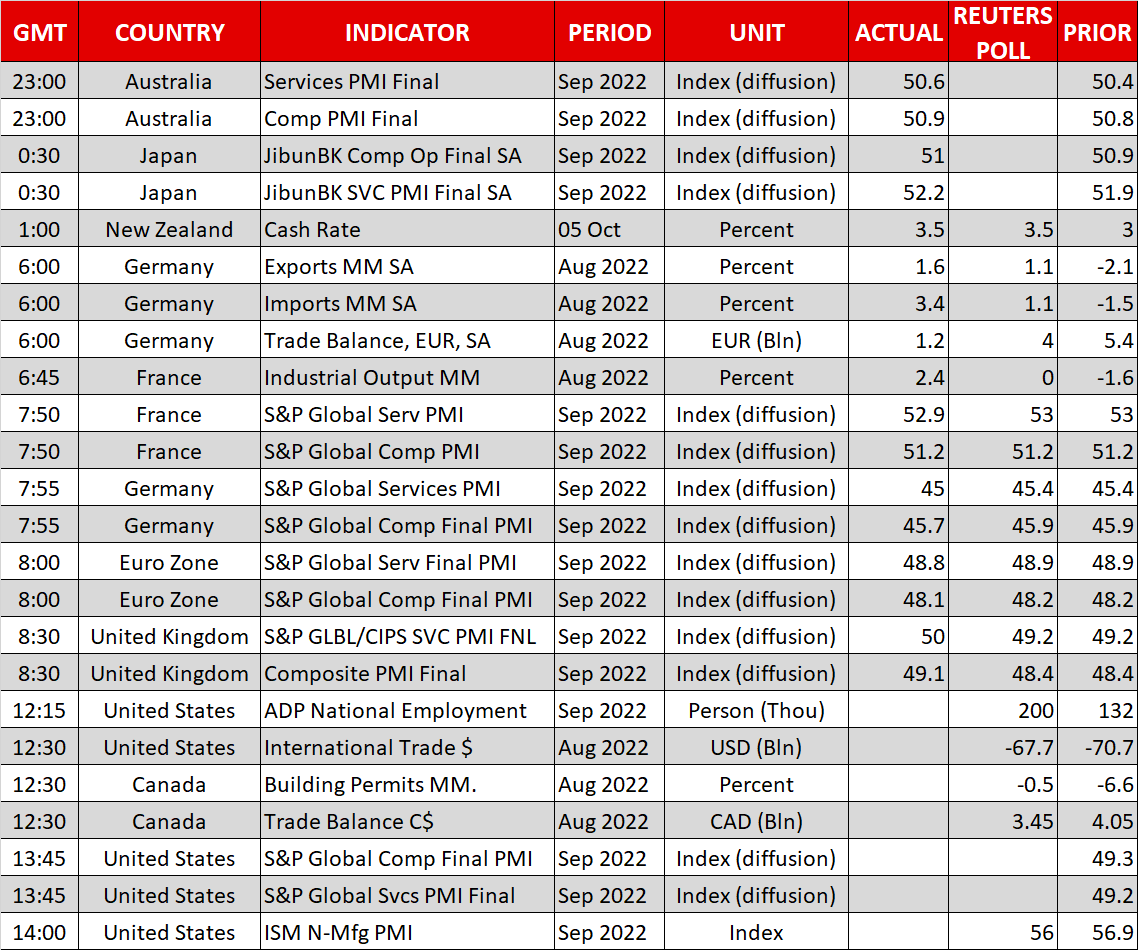