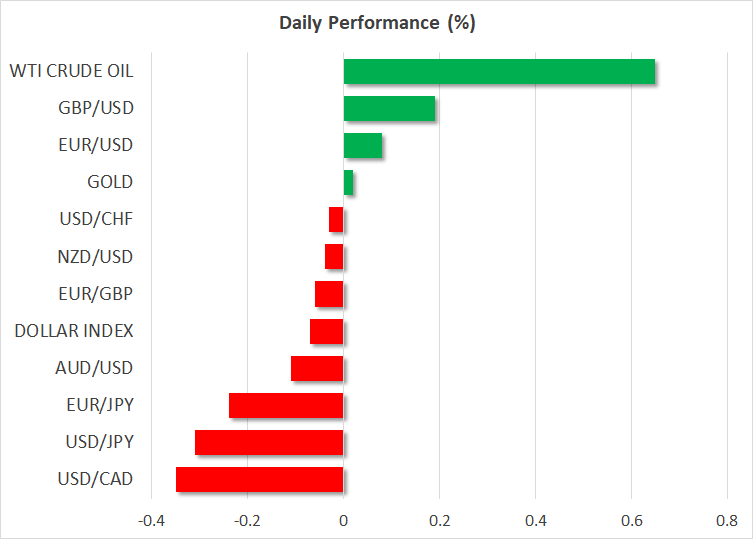 Equity markets were back in the red on Friday after Wall Street’s rebound faltered on Thursday amid increasingly hawkish language from the Fed, a troubling inflation outlook and no let-up in the spread of Omicron. The reality that the era of super-easy monetary policy is coming to an end finally seems to be sinking into the markets as Fed officials have been out in droves this week, laying the groundwork for a March rate hike.

Fed Vice Chair nominee Lael Brainard was the latest to voice support for rates to be lifted as soon as asset purchases draw to a close in March in her confirmation hearing before Congress yesterday. But the March timeline has already been mostly baked in by investors and what’s starting to scare markets is the growing talk of a fourth rate hike in 2022 along with an early start to quantitative tightening.

The Fed is signalling that it won’t wait as long as it did after the last QE program ended following the financial crisis before it begins to shrink its balance sheet. But overall, it is the speed at which the Fed is moving to normalize policy that is sending jitters across the markets as the pandemic clouds have not yet fully cleared.

The latest earnings season will be an important test for equities amid an environment of surging inflation, ongoing supply disruptions and tighter liquidity. The threat of the Fed withdrawing stimulus much more aggressively than anticipated has taken the steam out of the tech rally. Even though there have been some impressive bounce backs, the Nasdaq Composite has not set a fresh record high in 2022 unlike the S&P 500 and Dow Jones Industrial Average.

Tech stocks were again the main drag on Wall Street on Thursday, pulling the Nasdaq down by 2.5% and the S&P 500 by 1.4%. Value stocks outperformed, helping the Dow Jones close lower by a more modest 0.5%.

An upbeat earnings report by Delta Air Lines yesterday failed to excite the broader market even as airline stocks rallied and expectations are high that Q4 2021 will be another strong quarter for Wall Street firms. Banking stocks, including JP Morgan and Citigroup, will get the earnings season fully up and running today when they report just before the US market opens.

E-mini futures were last trading up, pointing to a modest rebound, but European and Asian shares were sharply lower. Despite the earnings optimism and steadier US futures, the mood is mostly risk averse on Friday as Omicron is casting a shadow.

The mixed data isn’t helping either as US producer prices were slightly softer-than-expected in December but weekly jobless claims came in somewhat above estimates. Soaring Omicron cases across America could be starting to hurt the labour market as hospitalizations in the country have now surpassed the peak from the previous waves.

Worries about a prolonged period of pandemic-related worker and supply shortages and their effect on company costs are likely adding to the downside pressure on stocks as Treasury yields have been rather muted this week, yet the tech sector took a hammering.

Dollar’s freefall could be ending, yen gets surprise lift

It hasn’t been a particularly good week for the US dollar either as the Fed’s hawkish tilts have had the opposite effect on long-dated yields. The 10-year Treasury yield dipped below 1.70% on Thursday, though it had recovered to around 1.7450% today. Bond traders don’t see US interest rates peaking very high now that the Fed wants to act swiftly in containing inflation. This should be positive for tech and growth stocks that are most sensitive to yields, but the short term uncertainty is likely spurring some volatility.

The dollar appears to be steadying after three straight days of losses, with its index flat on the day. The Australian and New Zealand dollars slipped against their US counterpart, paring some of their recent strong gains. The loonie, however, edged higher as oil prices rose, and the euro held around $1.1455.

The pound extended its gains as it was supported by much stronger-than-expected GDP data that showed the UK economy surpassed its pre-pandemic level in November.

The yen was mostly positive too, firming below the 114 per dollar level on reports that the Bank of Japan is making preparations to guide the markets for a rate hike. 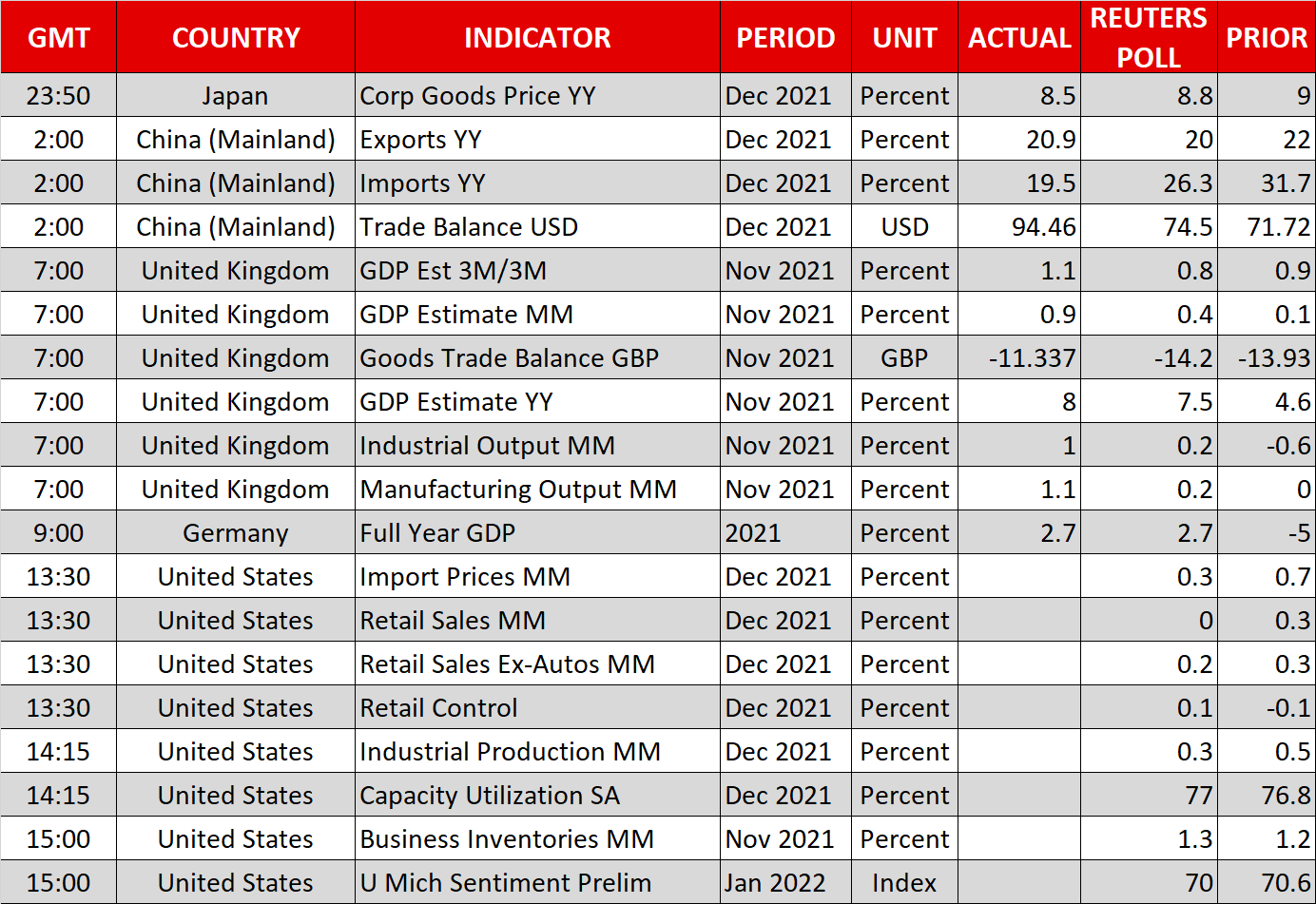