Netflix earnings set to decline, but stock up 37% this year – Stock Market News

Netflix is set to report a decline in its earnings when it releases its Q1 results on Tuesday, after the US market close. Yet, that’s owed mainly to soaring spending on original content, which is an investment for the future. Traders don’t seem worried either, judging by the 37.4% surge in the firm’s stock so far in 2019.

The streaming provider is expected to have made $0.57 in earnings per share (EPS) in Q1, which would represent a decline of 10.5% from the same quarter last year, according to Thomson Reuters estimates. The most bullish analyst expects $0.64, and the most bearish one $0.53. 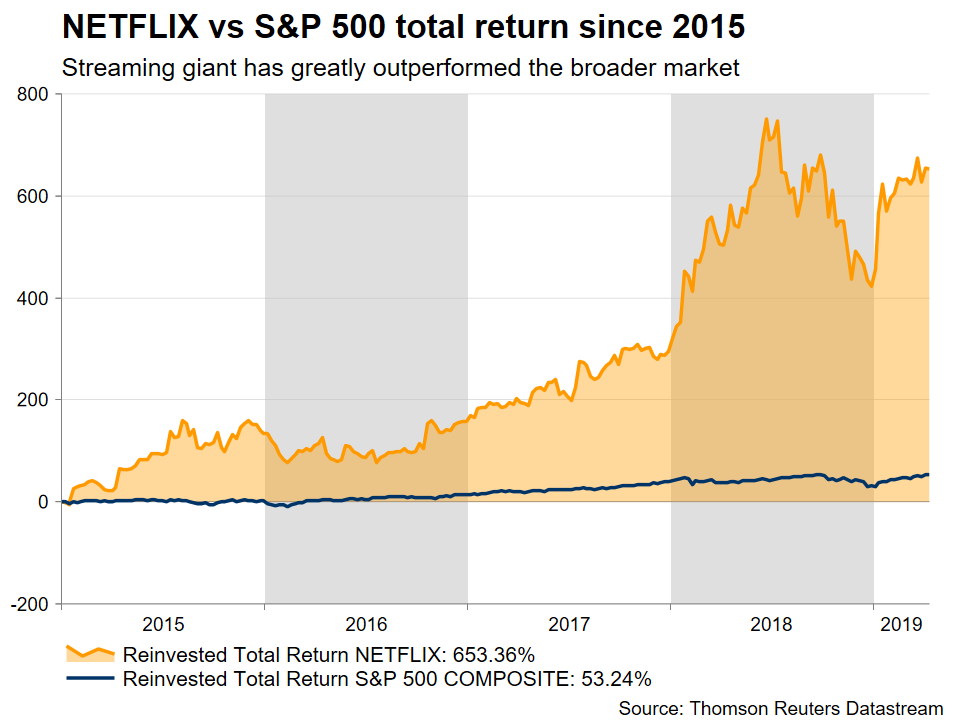 Even though the anticipated decline in EPS seems worrisome at first glance, as it’s usually a signal of a struggling firm, this isn’t the case this time. Rather, Netflix is spending huge sums on developing original content, which is hurting net cash flow right now, but will likely pay enormous dividends down the road. Testifying to this, revenues are forecast to have soared by a robust 21.6% from the same quarter in 2018, indicating that negative earnings growth certainly isn’t due to a lack of demand.

Stripping out the noise

The most significant number though, is net subscriber growth – how many new users signed up to pay monthly fees and enjoy the company’s services. This is what investors focus on, as it strips out the noise and paints a clear picture of how quickly consumer interest for Netflix is increasing. That metric is forecast to have risen by 10% on a yearly basis, which although slower compared to recent years, still represents a healthy increase overall. Especially since it may reflect some ‘pay back’ after an exceptionally strong rise last quarter, when it rose by 36.3%. 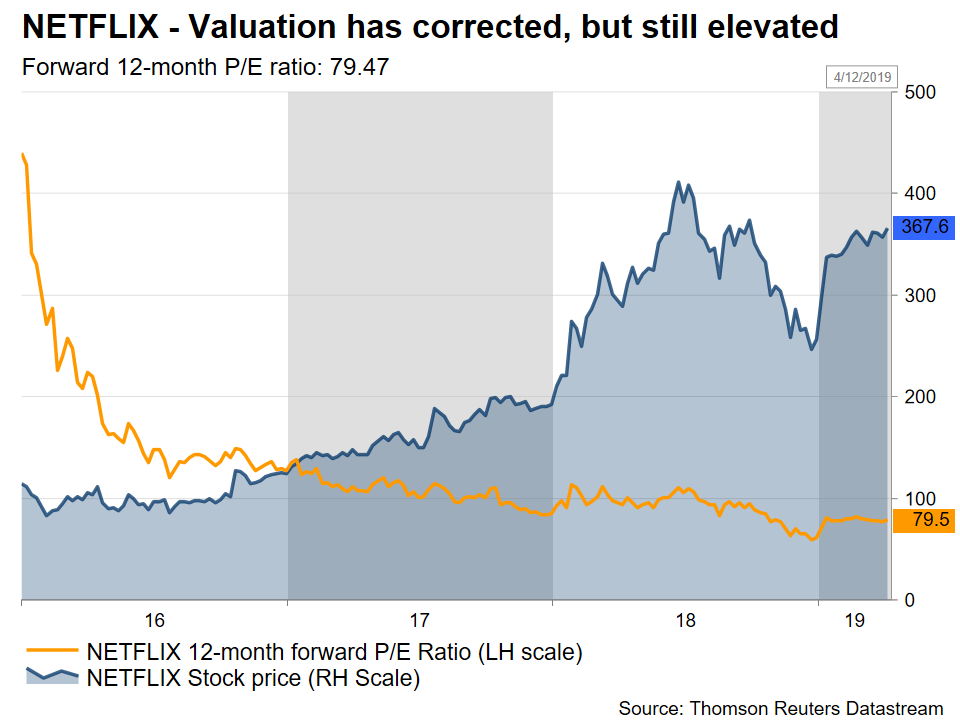 Any major surprise in user growth relative to consensus could determine the reaction in Netflix’s stock following the earnings release. As always though, any noteworthy announcements by the corporation’s management in the subsequent conference call could also be crucial.

Market running ahead of itself?

Year-to-date and ahead of Friday’s market open, Netflix’s stock is trading higher by a remarkable 37.4%, far outperforming both the S&P 500 (+15.2%) and the tech-heavy Nasdaq 100 (+20%). This is both encouraging and worrisome. On the one hand, the strong buying interest for Netflix even despite declining earnings illustrates that investors expect the firm to grow rapidly in the coming years. 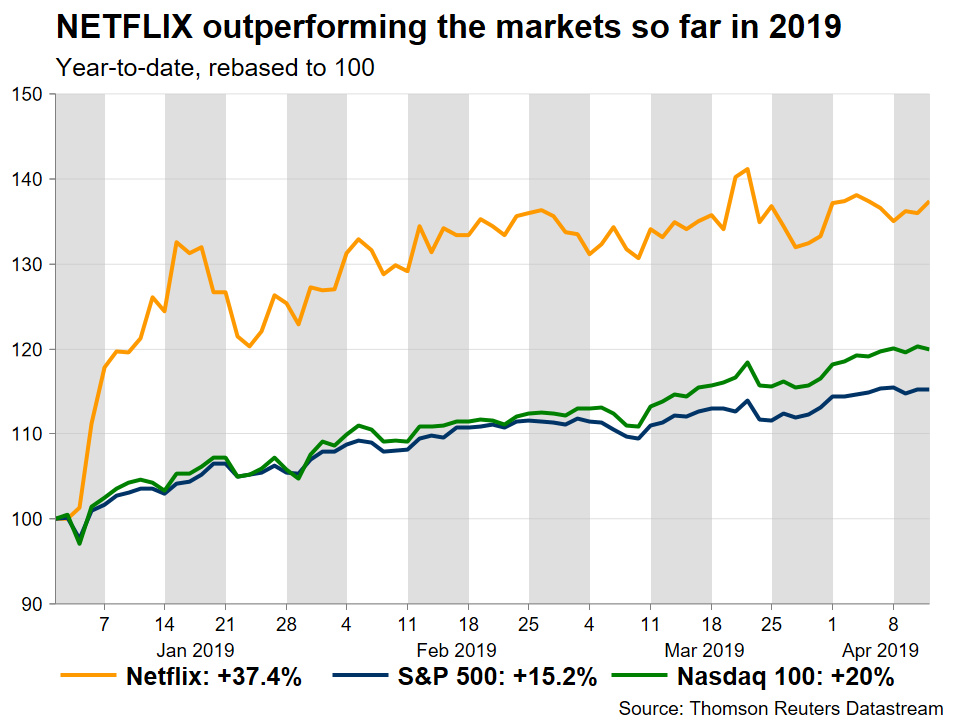 However, the stock has already soared substantially, which implies cause for caution as markets may be running ahead of fundamentals, pricing in robust growth for several years to come – something that may be overoptimistic in the context of a darkening global growth outlook.

Another factor to consider is the growing competition in video streaming services. While Netflix is still the dominant player, other behemoths including Amazon, Apple, and Disney are gradually entering the industry, which could erode profits over time.

Technically, further advances in Netflix’s stock could stall initially around 373.50, with an upside break opening the door for a test of the March highs at 379.0.

On the downside, immediate support to declines may be found near 359.0, where the 50-day simple moving average (SMA) is also located. If the bears violate that area, the next obstacle may be 349.0.