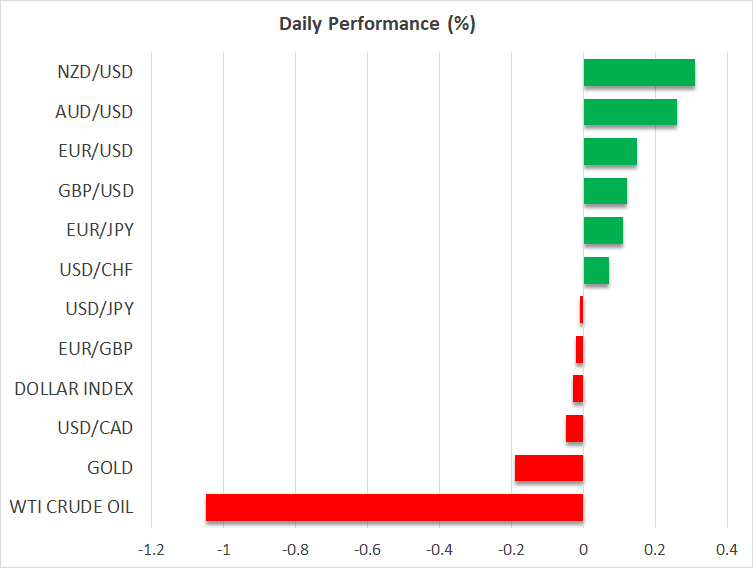 Have stocks reached a bottom?

The market mood improved dramatically overnight after Wall Street notched up its best daily gains in almost four weeks. After the recent avalanche of dreadful headlines, things appear to be looking up somewhat, leading some investors to speculate whether the worst is over, potentially signalling that equities are bottoming. The Q2 earnings season has added some much-needed optimism to stock traders starved of good news. Although all the major US firms are reporting a drop in quarterly profits, many are exceeding revenue expectations and their guidance hasn’t been as terrible as anticipated.

Halliburton and Hasbro were some of the winners on Tuesday on the back of their earnings beat, while IBM and Johnson & Johnson were one of the few losers. Tech stocks led the advances and the rally could continue today as Netflix shares soared more than 5% in after-hours trading after the streaming giant reported a smaller-than-expected loss in subscribers in Q2.

Tesla will be the next tech favourite to announce its earnings after today’s market close.

US stock futures were trading cautiously higher, easing from yesterday’s strong bounce. The S&P 500 closed up 2.8%, the Nasdaq Composite jumped by 3.1%, while the Dow Jones added 2.4%.

European stocks were a little mixed, however, on Wednesday even as Asian markets took their cues from Wall Street. Tech stocks in Asia drove regional indices higher on hopes that China’s regulatory crackdown on the sector is winding down, lifting the likes of Alibaba and Tencent.

Dollar on the backfoot as bond yields may have peaked

With about 89% of S&P 500 companies that have reported so far beating expectations, investors are breathing a sigh of relief that amidst the skyrocketing costs, never-ending supply constraints and slowing economic growth, earnings are holding up quite decently. But it’s not just about earnings as the fact that the rebound in long-dated Treasury yields has been subdued as risk appetite has bounced back is supporting the recovery in equities.

It's quite possible that the 10-year Treasury yield peaked in June as expectations are growing that interest rates in the US will likely top out this year and the Fed will start cutting rates in 2023. However, this doesn’t bode well for the dollar’s prospects as the US currency has been on the retreat since Friday.

Euro edges up as Draghi, ECB and gas flows eyed

One of the main beneficiaries of the dollar’s pullback has been the euro. The single currency has rebounded quite impressively from just below parity almost a week ago to establish a foothold above $1.02 and reach a two-week high.

Investors have been dashing to ramp up their bets of a 50-basis-point rate hike by the European Central Bank on Thursday after sources hinted that this option was on the table. Another positive development for the euro is the reports that Russia’s Gazprom looks set to reopen the Nord Stream pipeline, allowing for the resumption of natural gas flows to Europe when scheduled maintenance is completed on Thursday.

Ahead of the ECB decision and the completion of the repair of the gas pipeline, investors will also be on the lookout for the political happenings in Italy amid fears that Prime Minister Mario Draghi could resign, potentially sparking a snap election. Draghi is due to address parliament later today.

Another currency troubled by political turmoil is sterling, as the race for the UK Conservative party to elect a new leader, and in effect a new prime minister, draws closer. Former finance minister Rishi Sunak will either face Foreign Secretary Liz Truss or trade minister Penny Mordaunt in the final vote in September when the results of the fifth round are announced later today at around 15:00 GMT.

Concerns that the final vote, which will be decided by party members rather than Tory MPs, will be a lot closer than expected and Sunak – the markets’ favourite – might not make it have been weighing on the pound slightly, holding back its advances.

However, rising odds that the Bank of England will accelerate its tightening pace and hike rates by 50 bps in August are driving cable’s rebound, in addition to of course the decline in the US dollar. Governor Andrew Bailey yesterday suggested that a 50-bps hike will be discussed at the next meeting, while also hinting at the possible sale of some of the Bank’s UK government bond holdings.

The pound was last trading slightly above the $1.20 level, reinforced by hotter-than-expected CPI numbers out of the UK today. Meanwhile, the Australian dollar, which was also boosted by hawkish comments from the RBA Governor, managed to crack above $0.69. 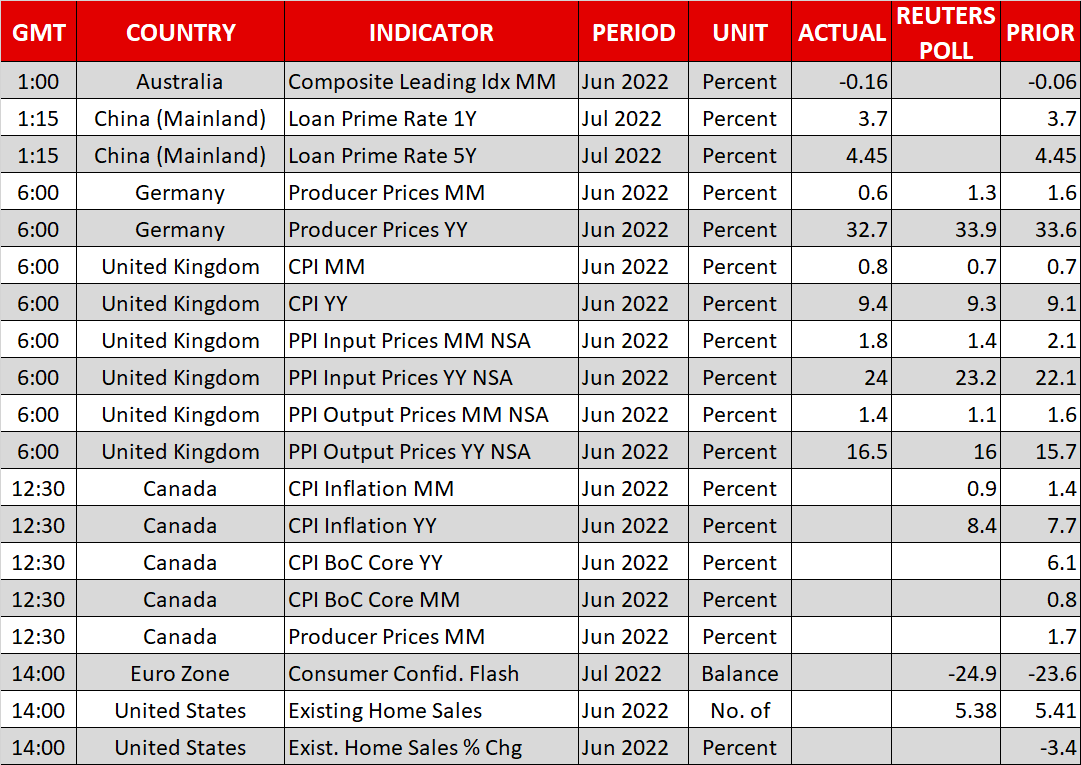