The UK prime minister saw his career suddenly collapsing last week at the most burdensome period for the economy. While the race to replace him is already heating up, his unfinished political goals suggest his successor will have to make herculean efforts to put the country back in the right direction. The British pound may also face a tough time along the way despite its initial positive reaction to the political chaos, as GDP growth figures will probably revive fresh recession fears on Wednesday at 07:00 GMT.Success before failure

Boris Johnson was about to fight for his leadership if only several dozens of ministers from his own cabinet had not resigned, abandoning him in solitude more or less two years before his term officially ends. But that was not the first time he went defensive. He was actually determined to do whatever it takes from the first days in office when he was accused of suspending parliament unlawfully for a month with the goal of preventing ministers from blocking a no-deal Brexit until the October 31 2019 deadline.

Then, after just six months in office, he managed to resolve the Brexit paralysis that his predecessor Theresa May had been long struggling to achieve without success, helping the buttered British pound to experience a much needed rally against the US dollar. Following up, after a year at the end of 2020, he signed a trade deal with the EU.

The coronavirus crisis was supposed to be another win for Boris given the first administration of a Covid-19 vaccine and the immunization of a large share of population while releasing a huge amount of stimulus to safeguard consumption and business activities. His victory, however, did not last long as the media unearthed his many partygate scandals during lockdown periods, provoking distrust and then a no-confidence vote against him. Of course, the prime minister survived, but his political reputation was badly bruised, even within his own party. 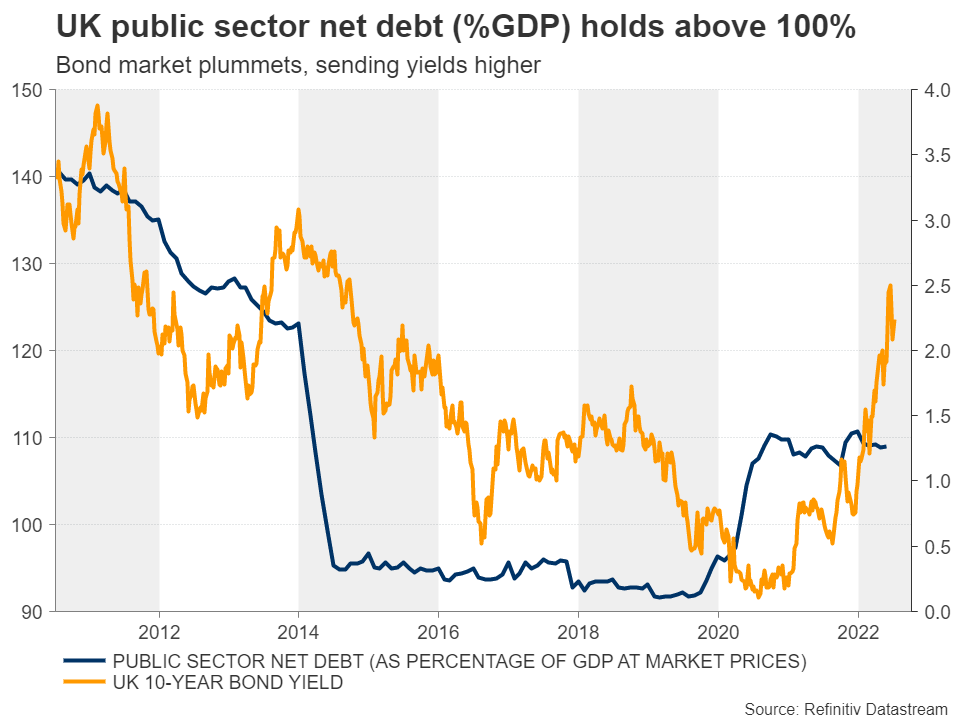 The health crisis was also the time when problems in the UK-EU trade and cooperation agreement started to resurface, further questioning the PM’s pledge of taking back control of fisheries and minimal bureaucracy at the border with Northern Ireland. The former promise fell apart when the UK and France entered a dispute over post-Brexit fishing rights in mid-2021, followed by detentions of non-licensed boats and retaliations that even threatened the UK’s energy supply. 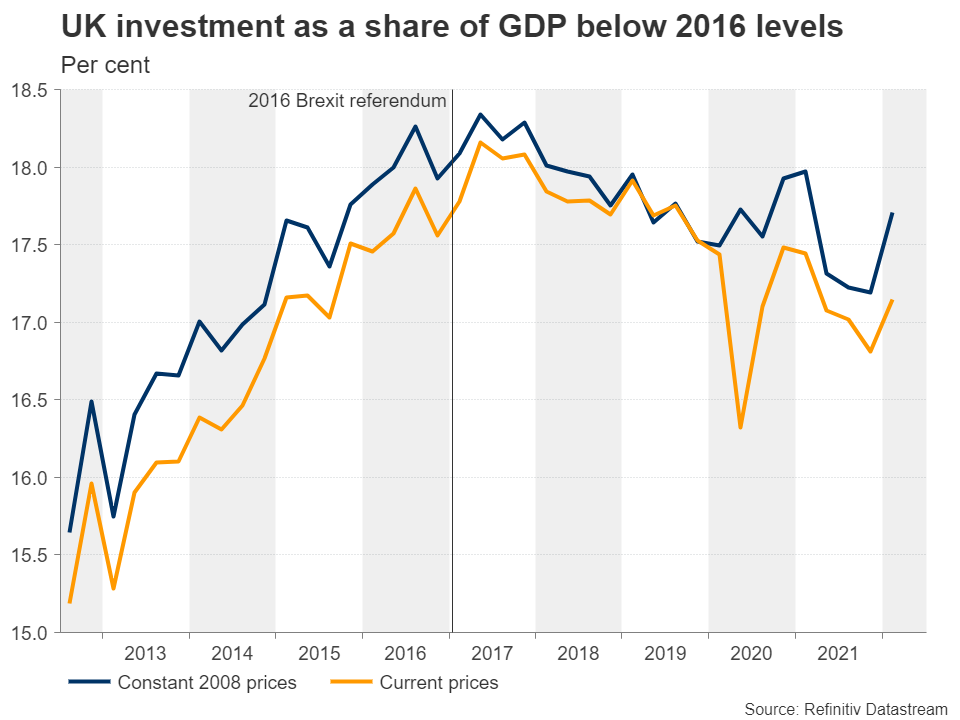 Soon after the two sides found a compromise, new tensions with Brussels popped up on the Northern Ireland protocol, signaling once again that Brexit arrangements are fragile to preserve peace in the neighbouring island. A government change in Northern Ireland requested for the protocol to be altered to respect the Good Friday Agreement and see power-sharing restored in the area. Consequently, Boris Johnson’s government introduced a bill that would scrap post-Brexit checks and standards for companies selling goods from Great Britain destined for Northern Ireland rather than the EU. And of course, once again his new proposal faced imminent opposition from Brussels and fresh legal threats.

Well, Brexit was not the reason that ousted Boris out of leadership, but it has definitely cost the UK a huge loss in political stability, having witnessed two prime ministerial resignations in its recent history, while exacerbating headwinds in other areas too. Besides the shortage of workers, the UK’s trade balance with the EU and non-EU economies deteriorated significantly, inflation is now among the highest within the G7 group and is forecast to reach 11% y/y in autumn, while investment as a share of GDP has been trending downwards since the 2016 referendum. Notably, studies from the Centre for European Reform also reported that the UK economy was smaller by 5.2% or 31 billion pounds by the end of 2021 than it would have been had it stayed in the union. 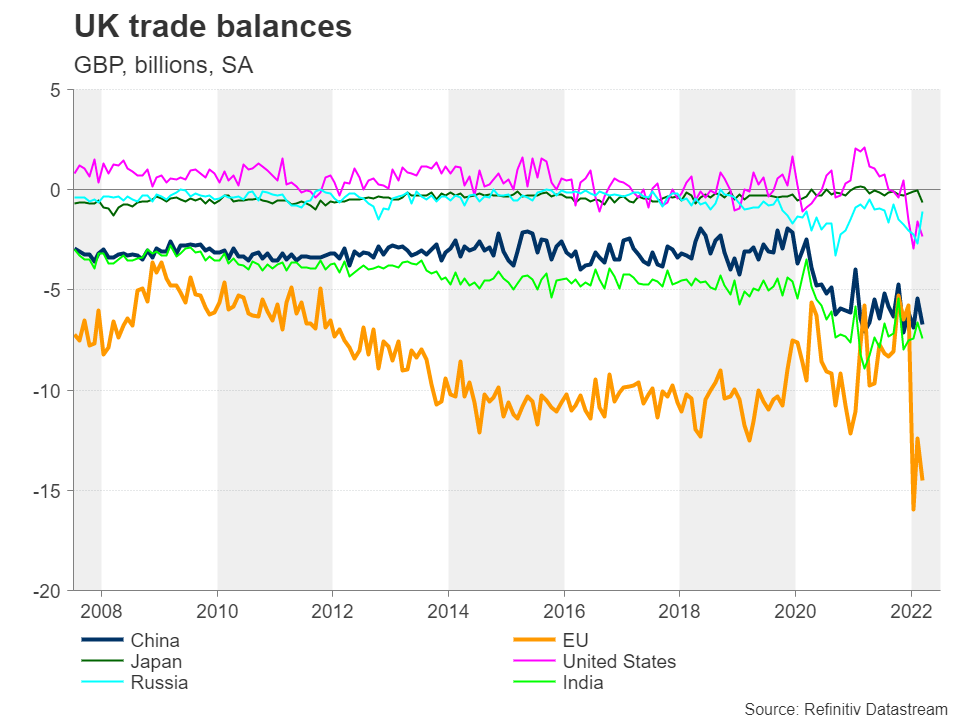 How could the pound perform?

Turning to the FX markets, the question that arises at this point is whether an accommodative fiscal policy will help the pound to finally find its feet before the next election in January 2025. Well, first of all, the divided Conservative party will need to achieve unity before it passes through more spending in parliament. If they prove successful, that will simultaneously signal more persisting inflation ahead because demand is not the economy’s problem so far, but supply is. In this case, the Bank of England may find itself alone in the fight against a prolonged period of inflation, likely calling for faster rate increases, which theoretically could be pound positive.

On the other hand, if the next prime minister postpones his rate cut promises for another day and sacrifices some growth for the sake of inflation, cable could suffer more selling, especially if the trade war with the EU intensifies alongside the Ukrainian war, and the interconnection between the UK nations (Wales, Scotland, Northern Ireland, England) further worsens.

UK economy to diminish in May

In the meantime, monthly GDP figures for May could renew the pound’s sell-off earlier on Wednesday if they arrive significantly worse than expected. The three-month average gauge is projected to show no expansion in the economy for the first time since March 2021 after barely rising by 0.2% in April. The annual change is also forecast to ease to 2.7% y/y from 3.4%, with the trade deficit likely widening in the same month to -21.20 billion pounds.

Investors are still somewhat skeptical about a 50 bps rate increase from BoE on August 4, providing a 68% probability for that scenario, which gives room for more downside for the pound if the figures bolster recession concerns. In this bearish scenario, pound/dollar could dive below the two-year low of 1.1874 and towards the 1.1765 region.

For an outlook improvement, cable will have to step above its 20-day simple moving average at 1.2127 and then stage a durable rally above its previous high of 1.2400 to raise buying appetite. 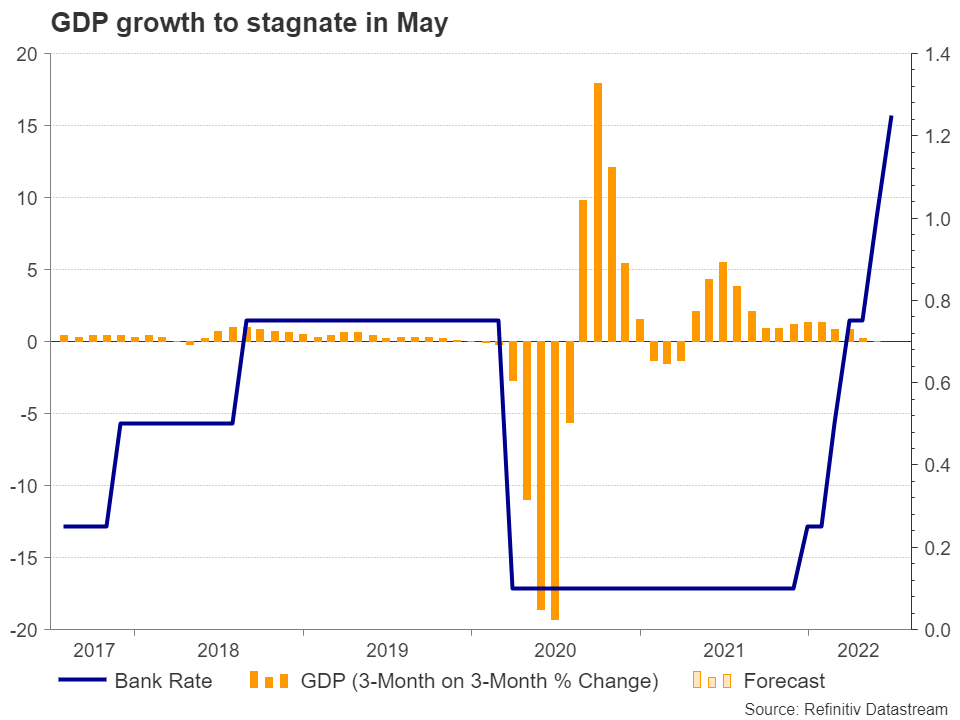