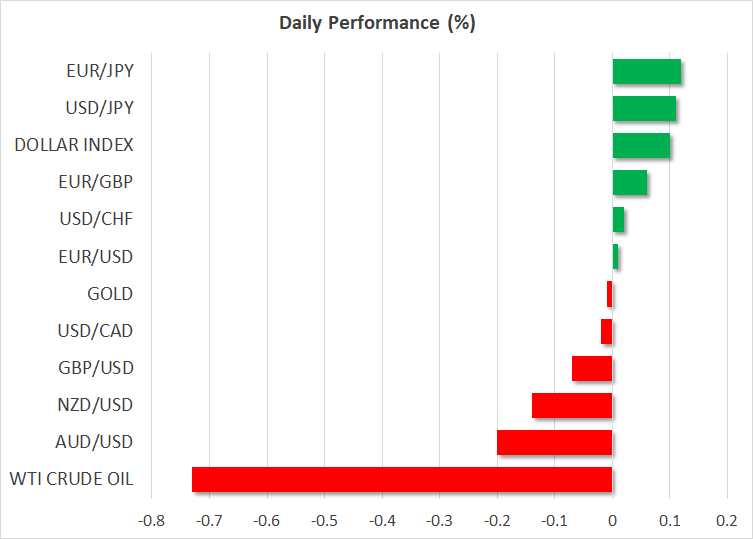 Regulatory crackdowns in China, ongoing concerns about the Delta variant and warnings of slower earnings growth ahead all came to a head this week when it was meant to be all about the Fed. Instead, the Fed’s snail-paced approach to debating QE withdrawal has put taper fears on the back burner, while new risks have emerged.

Stocks in China were back in the red on Friday as the damage inflicted on investor confidence by the recent clampdowns on private enterprises by Chinese authorities appears to run a bit deeper than initially feared. Regulators had managed to temporarily calm the market panic yesterday, but it seems that their reassurances that the crackdowns were a one-off and won’t be widened to further industries didn’t go far enough.

The CSI 300 index was last trading 0.8% lower, on track for losses of more than 5% for the week. Most other Asian indices were down too, while the major European bourses started the day 1% lower as US stock futures slid.

Amazon.com reported revenue that was less than expected on Thursday, and even though earnings per share beat the estimates, its warning that sales growth would slow in the third quarter hit sentiment in broader equities. Nasdaq futures were last down 1.3%.

Although the earnings season isn’t over yet, the fact that two of Wall Street’s tech juggernauts (the other being Facebook) have said they are not anticipating revenue growth to keep pace with recent quarters doesn’t bode well for the rally. For many investors, this was the proof they needed that we’ve reached peak growth, and with virus cases still rising in many countries, including the US, the second half could be a more challenging period for equities.

The stock market jitters helped the US dollar steady somewhat, though its index against a basket of currencies was slipping again after rising slightly in overnight trade. Both the Japanese yen and Swiss franc were on the backfoot, however, suggesting that in the currency markets at least, the tone is improving as the week draws to a close.

The British pound was aiming for a fifth straight day of gains, reaching a one month high of $1.3975 and setting its sights on the $1.40 level for its next target. The euro has also had an impressive run this week and is flirting with the $1.19 level after both French and Italian Q2 GDP numbers surpassed expectations. German growth fell somewhat short of estimates but overall, the Eurozone does not appear to be in much worse position than America.

The US economy expanded by a solid annualized rate of 6.5% in Q2, but analysts were expecting a more robust rate of 8.5%. Weekly jobless claims and pending home sales also disappointed, and the data together underlined the Fed’s caution on moving very slowly with any tapering plans.

This could weigh on the dollar against currencies such as the pound, loonie and euro where the domestic data has been comparable or even better lately. However, in countries where the previously rosy outlook is now at risk because of the Delta variant such as Australia and New Zealand, the dollar could continue to stand tall against its aussie and kiwi peers.

Gold gets stuck near $1,830, oil shrugs off market jitters

In commodities, gold held onto its post-Fed gains but appears to have met resistance around $1,830, which is a two-week high for the precious metal. If the dollar’s losses deepen in the coming days and Treasury yields remain subdued, the prospect for a break above this resistance is strong.

Meanwhile, the latest growth scares and stock market volatility have only had a mild dampening effect on oil as investors are still betting that demand will outstrip supply in the medium term. The evidence so far suggests that vaccines are effective in keeping hospitalizations low even as the Delta variant is causing a surge in infections in highly vaccinated populations. So markets are not at this point anticipating the lockdowns to spread to Europe and America, meaning a limited impact on oil demand from the increased virus curbs in Asia.

WTI and Brent crude futures were slightly down on Friday but on course for healthy weekly gains. 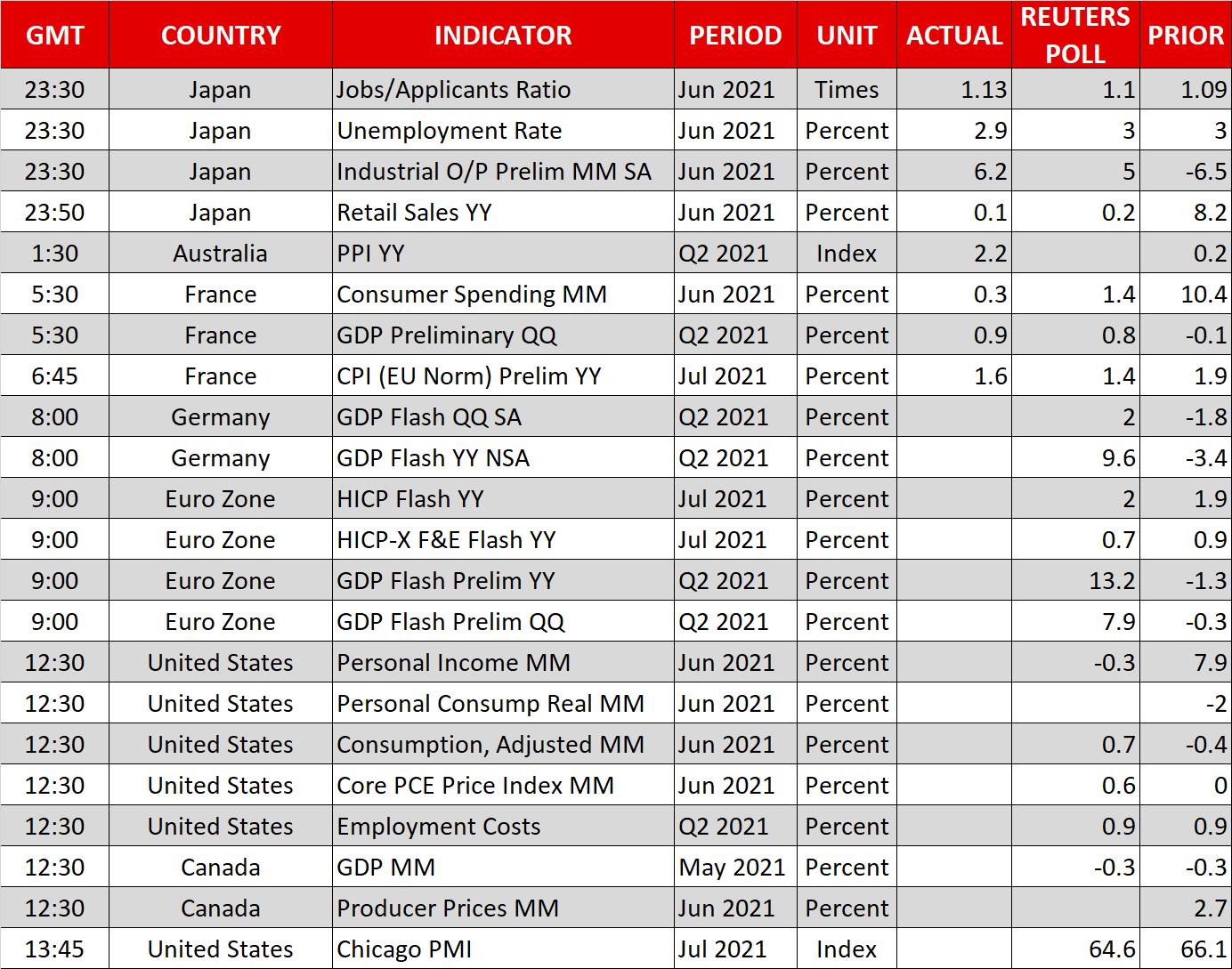