With the Eurozone economy on the verge of a recession, the euro plummeted to new 20-year lows against its US counterpart this week, even as the ECB has turned more hawkish at its latest gathering. Extremely high natural gas prices, which has been a fear factor in the past, have come notably off their highs, and yet, market participants continued biting their nails, uneasy over the bloc’s economic performance. This means that they may pay extra attention to the bloc’s preliminary inflation data for September, due out on Friday at 09:00 GMT.ECB accelerates tightening, but does it matter?

At its latest gathering, the ECB raised interest rates by 75bps and pledged to continue raising them as it prioritizes the fight against inflation even as the whole economy looks to be headed towards a recession. At the press conference, ECB President Lagarde signaled that rate increments could continue for a few more meetings but specified that those meetings will probably be less than five, adding that 75bps hikes is not the norm and that future moves could be smaller.

Yet, the market has been leaning towards another 75bps hike at the October gathering, pushing the probability for such an action to around 95% after Lagarde said on Monday that a weak euro has aided to the build-up of inflationary pressures. But does it really matter for the euro by how much the ECB will hike? Even after the prior meeting, when officials delivered the largest increase in this Bank’s history, the euro continued falling. This implies that euro traders are more worried that the Bank will assist in pushing the Euro-area economy deeper into recession than trusting it to tame inflation. 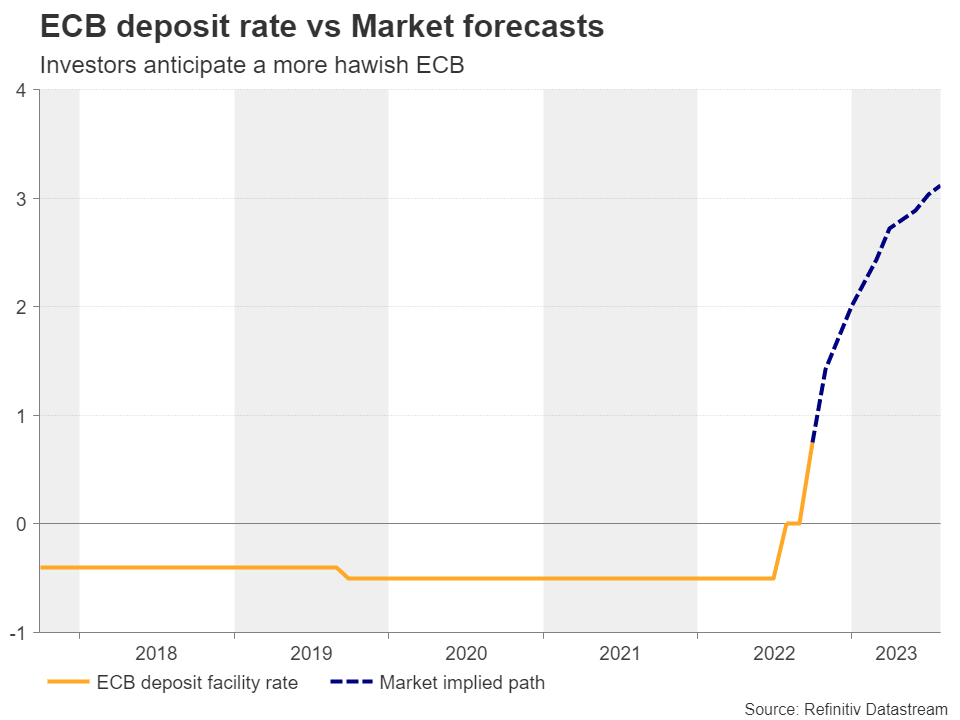 On Friday, Eurozone’s preliminary composite PMI slid to 48.2 from 48.9, indicating contraction for the third month in a row, and adding credence to the case that the GDP rate for Q3 will have a minus sign next to it. This probably increased investors’ anxiety and accelerating inflation this coming Friday will likely do very little to relieve them. 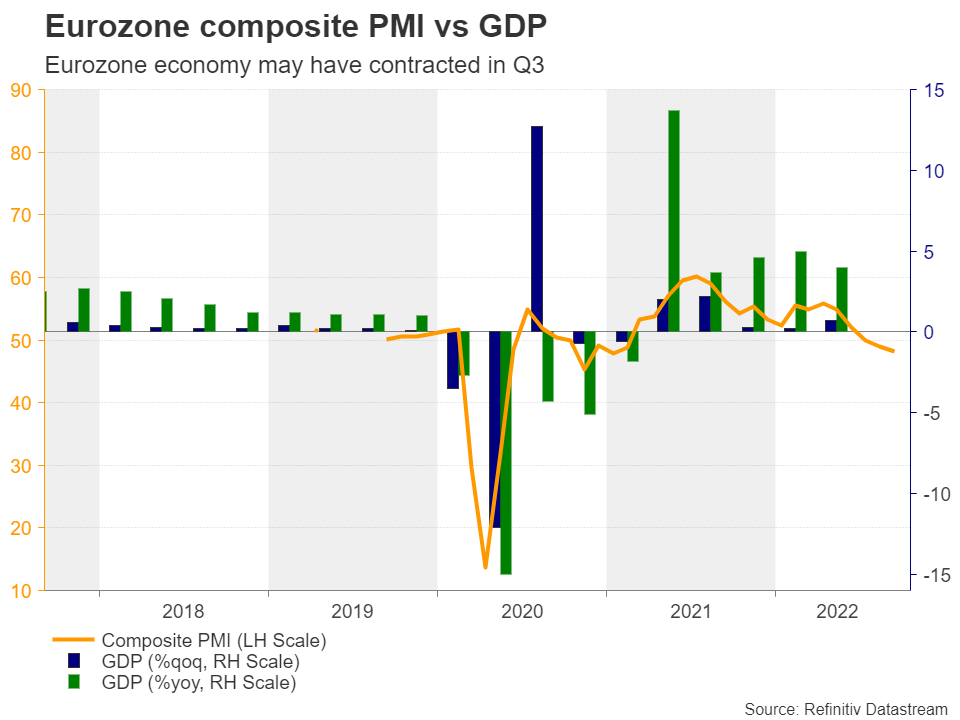 Expectations are for the headline harmonized index of consumer prices (HICP) to have hit a new record high of 9.7% yoy and for the core rate to have ticked up to 5.6% yoy from 5.5%. However, with both the year-on-year rates of oil and natural gas prices sliding notably recently, there is the risk that the spread between the two inflation rates will narrow rather than widen. Either the headline rate did not rise as expected or the core one increased by more. Mathematically, this also includes the case of both rates sliding, with the headline falling more than the core. But with the euro tumbling throughout the whole month, this appears to be an unrealistic scenario. 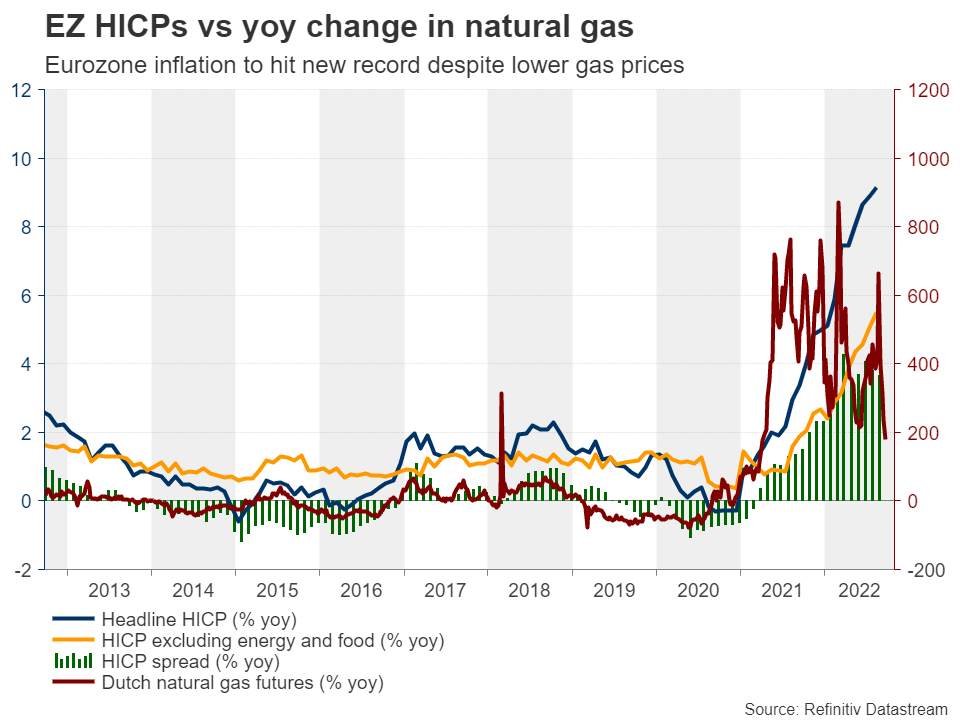 In any case, with demand for energy having the potential to increase during winter months, inflation could accelerate again, even if there is a downside surprise this week.

One-way ride for the euro

A downside surprise could mean that the ECB may not need to act as aggressively as currently expected and may force the euro to extend its tumble without correcting higher. On the other hand, a new inflation record could validate speculation of a more forceful ECB and thereby allow a rebound. Nonetheless, with traders fearful of higher interest rates hurting even more the already injured economy, the currency may soon resume its prevailing downtrend.

Euro/dollar could rebound from near the crossroads of the 0.9550 barrier and the lower bound of the downward sloping channel that’s been containing the price action since January 28. That said, the bears could take charge again from around the 0.9860 zone and push for another test at 0.9550, which if broken may stretch the downtrend towards the 0.9335 territory, defined as a support by the low of June 6, 2002.

The bullish case could be put on the table upon a break above 1.0200 accompanied by data suggesting that the ECB’s actions are having the desired effect on inflation, as well as that the economy is withstanding the pressure of higher rates. Such a recovery could confirm the upside exit out of the channel and may initially target the 1.0370 barrier, marked by the high of August 10, where another break could set the stage for the peak of June 27, at 1.0615.