Can nonfarm payrolls add momentum to the US dollar? – Forex News Preview

With the Fed meeting out of the way, investors will turn to the latest US employment report that is out at 12:30 GMT Friday. Economists expect another solid nonfarm payrolls print, although there is some scope for disappointment according to business surveys. As for the dollar, while the outlook remains positive, we seem to be entering the ‘final act’ of this stunning rally. Fed vs economy

Despite a series of rapid-fire Fed rate increases this year, the US economy has not absorbed any serious damage yet. Many companies are struggling to access capital and demand is clearly losing steam as consumers get squeezed by the cost-of-living crisis, yet there have been no signs of mass bankruptcies or worker layoffs.

In the jobs market, this resilience is a story of policy lags and demographics. Historically, it takes several months before higher borrowing costs translate into job losses - employment is a lagging indicator. In this cycle, the lag has been exacerbated by migration trends. Net migration essentially came to a halt after the pandemic, so the US has experienced a huge shortage of workers that’s made businesses reluctant to fire staff.

Nonetheless, every leading indicator is warning of trouble ahead. Business surveys, inventory levels, consumer confidence metrics, and the inverted yield curve are all saying that a recession is imminent. The question is, when will all this be reflected in inflation and employment data? Those are the two areas where the Fed needs to see improvement before it backs off. 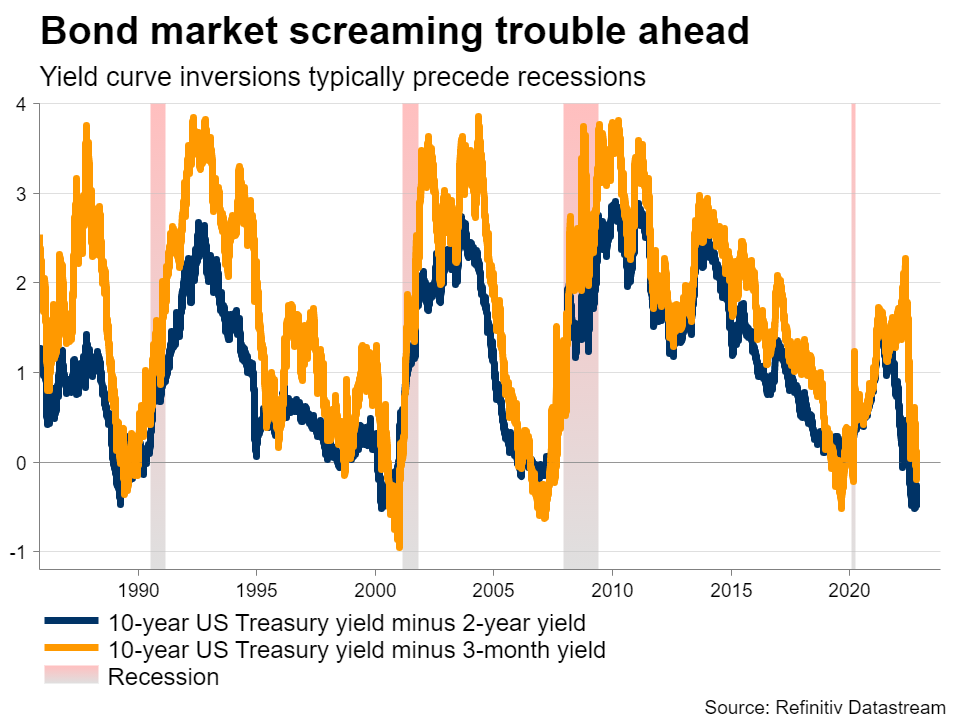 Markets are currently pricing in a peak rate of just above 5% after Chairman Powell stressed that he won’t reverse course at the first sign of trouble. He was adamant the Fed prefers a short period of economic pain, rather than several years of high inflation or stagflation.

Turning to the upcoming dataset, economists expect another decent report, with nonfarm payrolls set to clock in at 200k in October. While the unemployment rate is anticipated to tick up to 3.6%, this is still an extremely low number consistent with full employment. Wage growth is projected to lose some steam in yearly terms.

As for any surprises, the risks seem tilted towards a slight disappointment considering the signals from business surveys. Specifically, the S&P Global composite PMI revealed the first contraction in employment in two years, as companies started to play defense with workforce numbers.

That said, the ADP jobs print was solid at 239k, so the labor market is not falling apart either. It might take a few more months before any real weakness shows up.

In the markets, a relatively soft report could spark a round of profit-taking in the dollar. In this case, euro/dollar might edge higher towards the 0.9865 zone, which overlaps with the 50-day moving average.

On the flipside, another surprisingly strong dataset might add fuel to the latest move, pushing euro/dollar down for another test of the 0.9680 region.

Overall, the outlook for the dollar remains positive, but we might be entering the final phase of this ferocious rally. The Fed has opened the door for smaller rate increases moving forward, ‘long dollar’ is already a very crowded trade, and the fundamentals of other major currencies have started to improve. 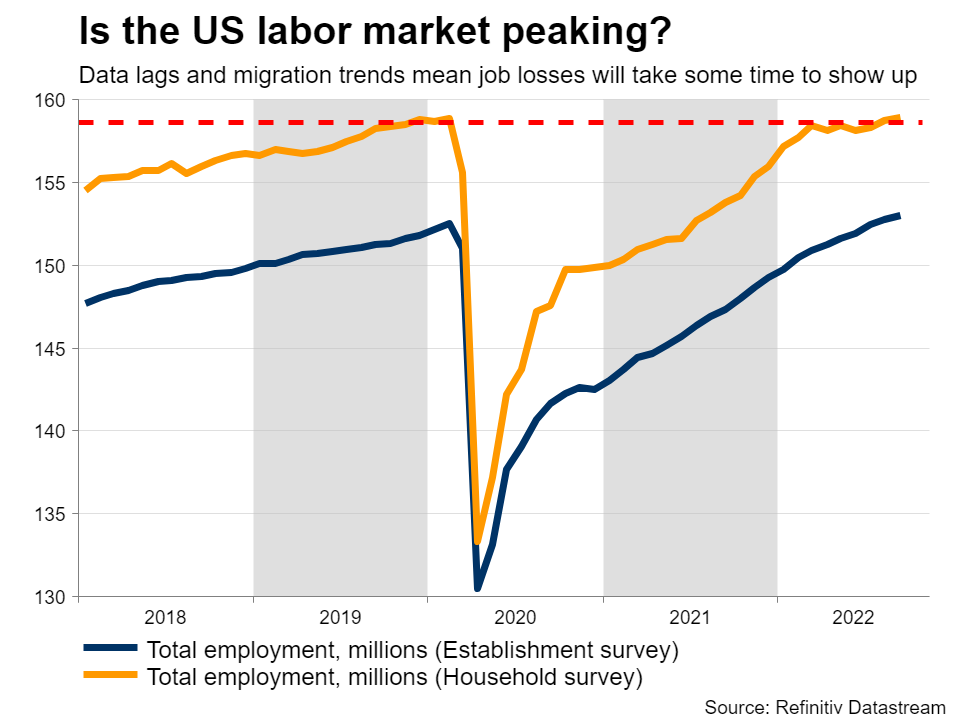 In Europe, the dramatic decline in energy prices means the winter might not be Armageddon after all, and any recession might be mild. In the UK, stability has returned with the entrance of the new government, while the Bank of Japan just signaled it might start normalizing policy.

The dollar could still hit new highs, especially in case a global recession hits, but the scope for further gains seems relatively limited. In other words, although the fundamentals still favor a stronger greenback, the risk-to-reward profile of chasing further gains from here is not attractive.