The latest batch of US inflation data will be released at 13:30 GMT Thursday, and will be absolutely crucial for the dollar’s fortunes. Inflation is expected to have cooled, but not significantly, keeping the Fed on track to continue raising rates. As for the dollar, while the outlook remains positive, we seem to be entering the final phase of this uptrend.

Inflation remains the boogeyman for consumers and financial markets alike. Despite a barrage of powerful rate increases by the Fed this year, which were meant to cool demand and by extension price pressures, there hasn’t been any serious improvement in inflation yet.

Some of that is a story of data lags - inflation is a lagging indicator after all. It naturally takes some time before all the rate increases filter their way through the economy. This is especially true in the United States since most loans are given with fixed interest rates, so it takes longer before higher rates can impact economic activity.

Nevertheless, the Fed is determined to get the job done. Last week, Chairman Powell emphasized that his central bank is operating with a risk management approach, whereby it is preferable to over-tighten and risk causing a recession, rather than under-tighten and leave inflation unchecked for years.

Markets seem to have absorbed this message, as the federal funds rate is currently priced to peak around 5.1% early next year.

In October, the CPI rate is forecast to have fallen to 8%, from 8.2% previously. The core rate is expected to have declined one tick, reaching 6.5% on a yearly basis. Such numbers would be a step in the right direction, but not meaningful enough to alter the Fed’s battle plan.

As for any surprises, the tea leaves point to softer-than-expected numbers. Business surveys from S&P Global revealed that businesses raised their selling prices at the slowest pace in almost two years, while used car prices continued to decline, alongside shipping costs.

Markets are currently leaning towards a smaller rate hike in December and a setback in inflation could cement this prospect, dealing a blow to the dollar. In this case, euro/dollar could edge higher to initially challenge the 1.0090 region. 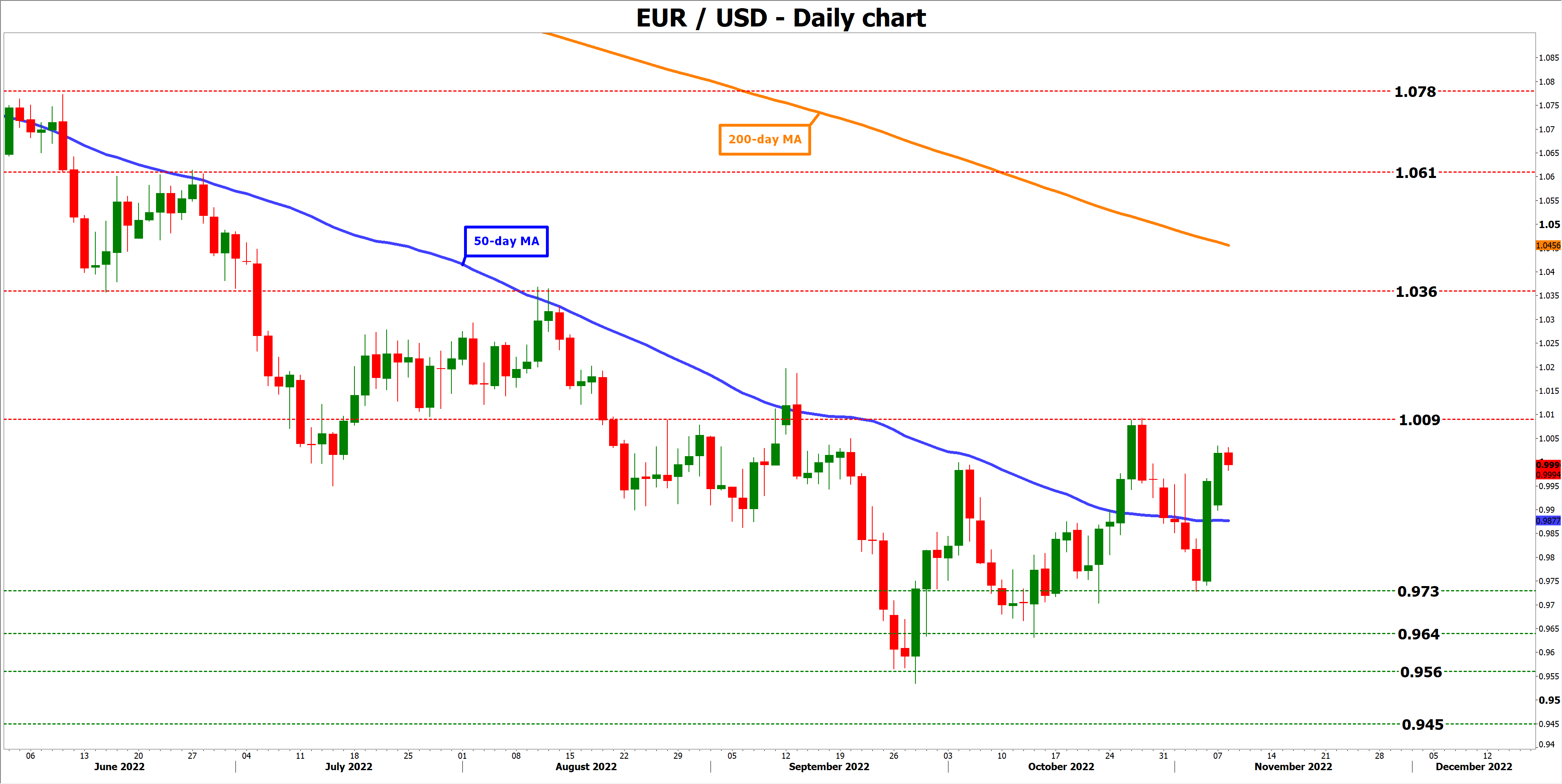 The uncertainty revolves around the bigger categories such as rents, which single-handedly account for one-third of the CPI basket. Rents follow trends in house prices but with a lag of several quarters, so they might continue to heat up, simply to reflect what house prices were doing last year.

A hotter-than-expected print would likely catch investors off guard, sending euro/dollar lower. The first obstacle to any declines could be the 50-day moving average, currently at 0.9877.

As for the dollar, although the outlook remains positive, this rally seems to be entering its final stages. Whether it happens this month or closer to year-end, there are mounting signs that inflation is cooling down and the Fed is about to shift into lower gear with its rate increases.

With the Democrats about to lose control of Congress too, big spending packages won’t happen in the next couple of years, which also argues for softer inflation and smaller Fed hikes moving forward. And since ‘long dollar’ is already such a crowded trade, any unwinding could be brutal. 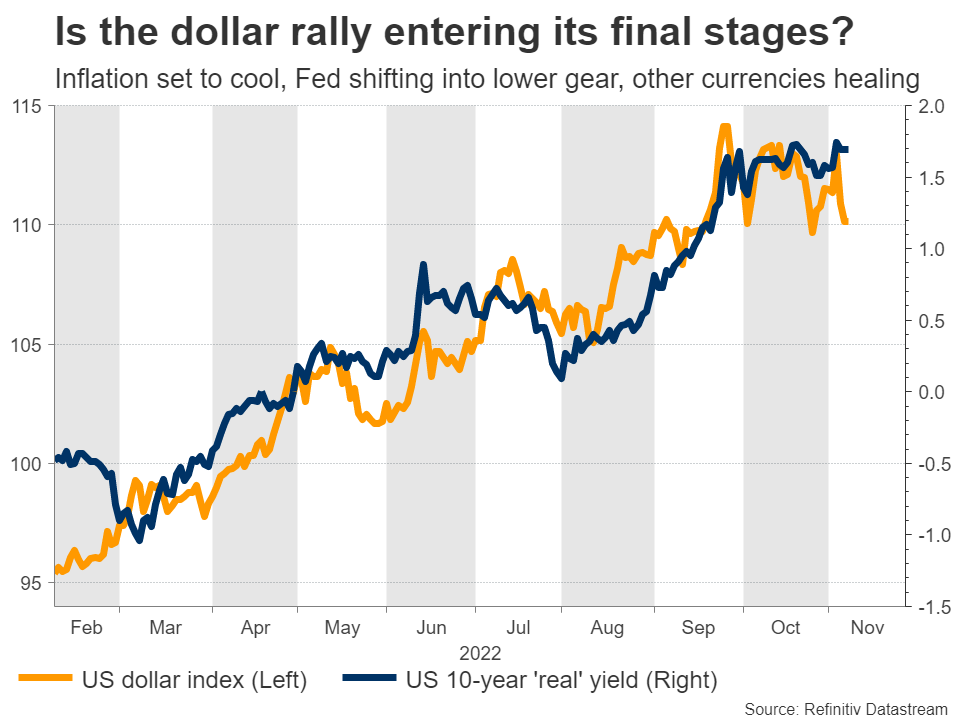 Meanwhile, the fundamentals of other major currencies have started to improve, with sharp declines in European energy prices, nerves around the UK fiscal outlook calming down, and the Bank of Japan opening the door for adjusting the yield ceiling strategy that has destroyed the yen.

It’s still too early to call for a proper trend reversal, and the dollar could still hit new highs if the global economy continues to deteriorate, but the scope for further gains seems limited from here.