The latest inflation stats out of the euro area will hit the markets at 09:00 GMT Wednesday. Expectations are for a slight cooling in inflationary pressures, but the risks surrounding that forecast seem tilted to the upside. A positive surprise could help the euro briefly, although the longer-term trajectory seems grim in an environment where the Fed normalizes way faster than the ECB. Eurozone gains steam

After being devastated by prolonged lockdowns throughout the winter, the Eurozone recovery is finally gaining steam. The latest PMI business surveys pointed to an economy that's booming, reflecting the reopening momentum and widespread vaccinations, which are enabling greater consumer spending and business hiring.

Therefore, it seems like it's going to be a great summer in Europe. The real question is whether all this strength is sustainable or whether it will fade once the reopening momentum evaporates in a few months. Government spending in the Eurozone hasn't been as impressive as in America lately. 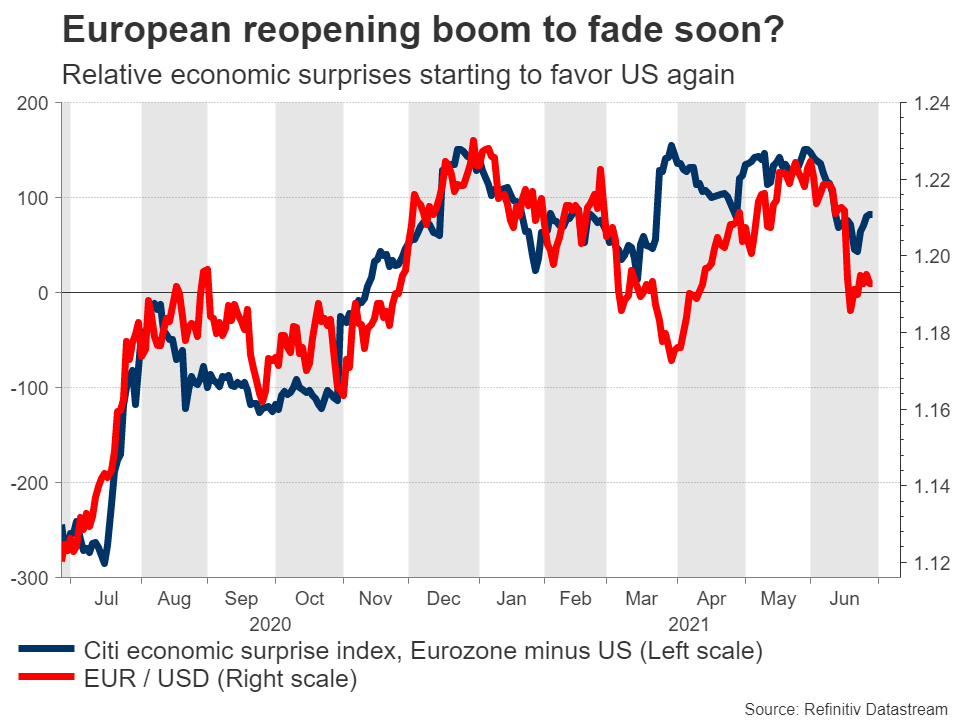 The other risk is the new 'delta' virus mutation that is spreading quickly across Europe. Most people have already received at least one vaccination jab, which means that hospitalizations and deaths are unlikely to rise exponentially again. Still, if this variant continues to spread, it could halt the reopening process, like we've seen in Portugal lately.

Risks aside, the economy apparently performed very well in June, which makes the forecast for a slight slowdown in inflation seem strange. The market consensus is for the yearly CPI rate to decline to 1.9% in June, from 2.0% previously, while the core rate is expected to hold steady at 0.9%.

That said, the continued surge in oil prices over the month and the signals in the PMI surveys point to an upside surprise in inflation. The composite PMI showed selling prices by companies rising at the fastest pace since records began in 2002. 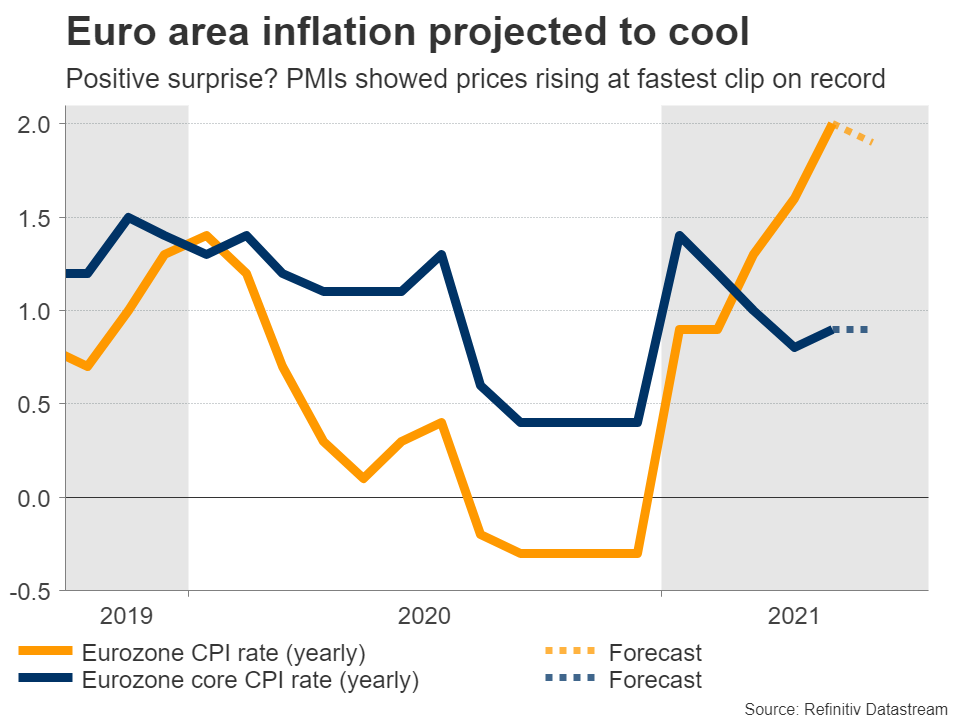 While a positive surprise could lift the euro briefly, the ECB is unlikely to get excited. Policymakers have stressed that like the rest of the world, Europe will experience a period of higher inflation thanks to supply chain issues, which are likely to fade over time.

In the bigger picture, we seem to be headed for a period of ECB/Fed divergence, which spells downside risks for euro/dollar in the longer term. In a nutshell, America is way ahead of the Eurozone in the recovery process, thanks to the monster spending packages.

The US economy will likely recover all its losses from the crisis this year already, whereas Europe is not even close to that point. It’s a similar story for inflation and consumption. All this has serious implications for monetary policy. 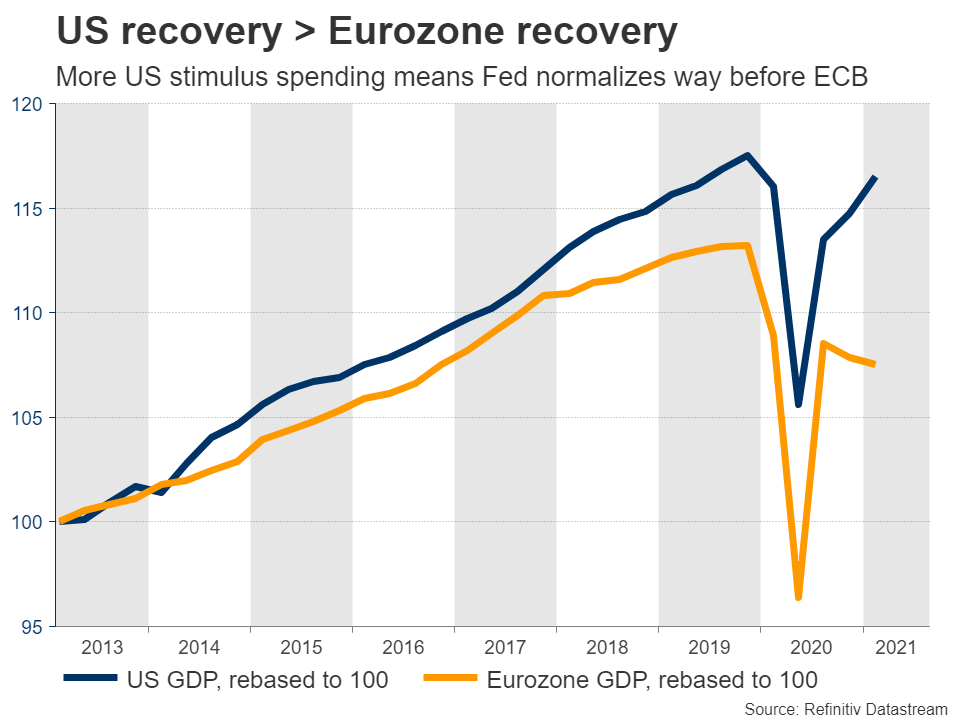 The Fed has already taken the first step towards exiting its cheap money policies and it could take the next step in August or September. Ultimately, it will raise interest rates first, with markets pricing in the first hike for late next year.

Meanwhile, the ECB is going in the opposite direction. It will probably be among the last central banks to hike rates. In fact, it might raise its inflation target soon, which would signal that it intends to keep negative rates in place for even longer. European fiscal spending already pales in comparison to America, and with another US infrastructure bill coming, this gap could widen even further.

Adding everything up, the rest of the year could be tough for euro/dollar, as the theme of monetary policy divergence between the Fed and the ECB crystalizes further.

Taking a technical look at euro/dollar, initial support to further declines could be found near the recent lows of 1.1845. A downside break would likely open the door towards the 1.1700 handle.

On the upside, the pair could encounter resistance around the 1.1980 area, a violation of which would turn the focus to the 1.2050 region.