The Reserve Bank of New Zealand will conclude its policy meeting at 02:00 GMT Wednesday. Domestic economic data have held up better than expected, but storm clouds are gathering and the RBNZ may take proactive action. Policymakers could expand their QE programme, and lay out the conditions for using more unorthodox tools. At a minimum, the RBNZ will maintain a very dovish tone, and if it doesn’t shoot down the kiwi through more action, it may still do so through words. Itching for more 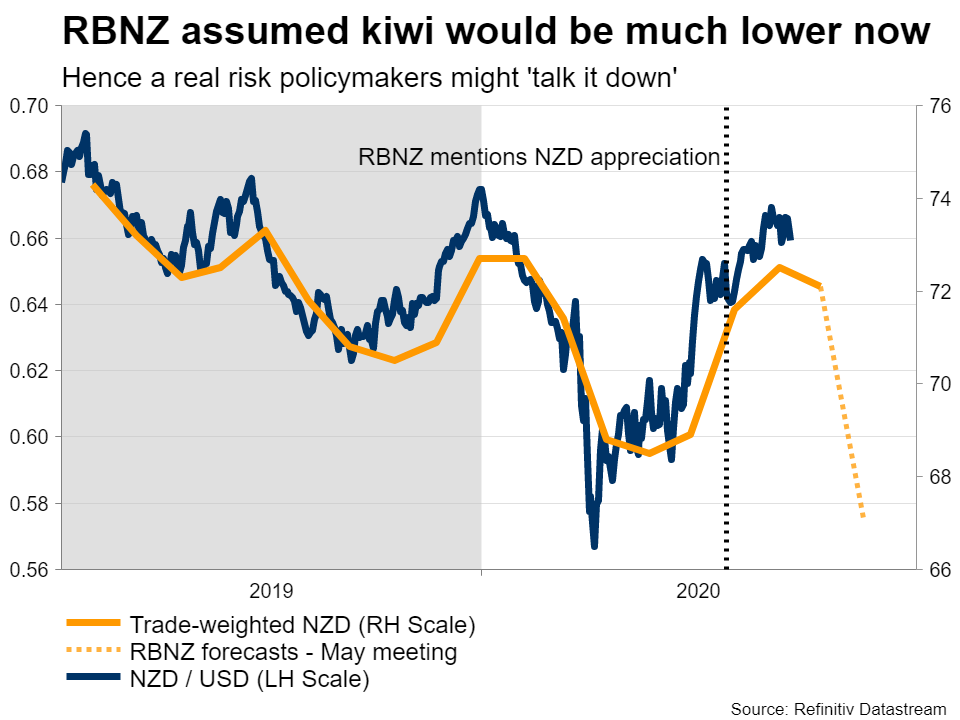 Overall, the Bank will probably keep every option on the table, even if it doesn’t intend to implement it. Merely suggesting something could happen means investors will partially price it in, which has the same desired market effects – it lowers rates and limits the upside pressure on the currency, but without actually enacting that policy.

Taking a technical look at kiwi/dollar, a break below the 0.6575 zone and the 200-period simple moving average (SMA) could open the door for the 0.6530 zone.