Employment numbers out of Australia will be watched on Thursday (00:30 GMT) as the country’s central bank ponders how much further to tighten policy. Higher interest rates have been attributed to the downturn in Australia’s housing market, but up until recently, policymakers were hopeful that the strong labour market would cushion the economy against a broader slowdown. Is the soft patch in the jobs market just temporary, or will there be a rebound in October?RBA worried about housing market

The Reserve Bank of Australia was a bit late in the game when it came to joining its global peers in hiking interest rates. Nevertheless, the cash rate has risen by a whopping 275 basis points in a short period of time so it’s understandable that policymakers want to tread more carefully going forward. But striking the right balance in terms of doing enough to contain inflation while managing the downside risks to growth will probably be more difficult than they envisioned.

Households have been hit hard by the rapid and steep increase in borrowing costs. Not only does Australia have very high household debt levels, but it also has a large portion of households on variable mortgages, making consumers very sensitive to any changes in interest rates. House prices are now falling in every major Australian city, with places like Sydney and Melbourne recording the largest declines. 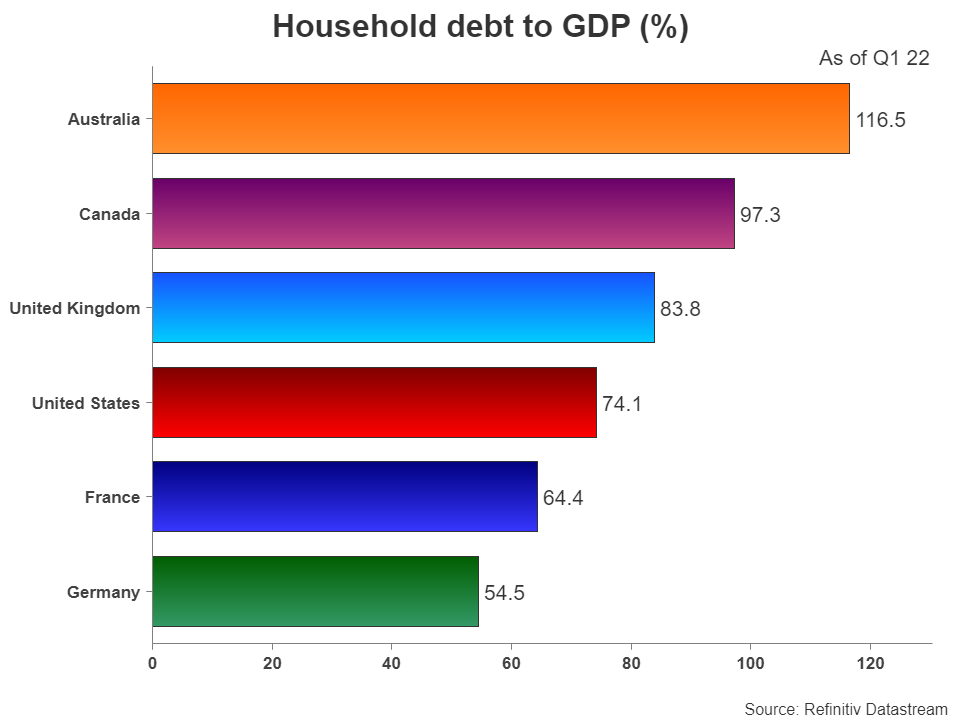 Jobs market has lost some steam

But it’s not just the property sector that’s struggling. The entire services economy has been stagnant since late summer according to the S&P Global PMI gauge, and even the labour market is slowing. Jobs growth has been flat since July and the unemployment rate has ticked up slightly. The forecast for October is a little better. Economists expect a gain of 15k jobs versus a paltry increase of 900 jobs in September. Though, the jobless rate is expected to edge up again from 3.5% to 3.6%.

Ahead of the employment figures, the wage price index will also catch investors’ attention on Wednesday (00:30 GMT). Despite the tightest labour market in decades, wage growth has so far been disappointing. It hit 2.6% y/y in the second quarter and is forecast to have accelerated to 3.0% in the third quarter – less than half the rate of inflation, which hit 7.3% in the same period. 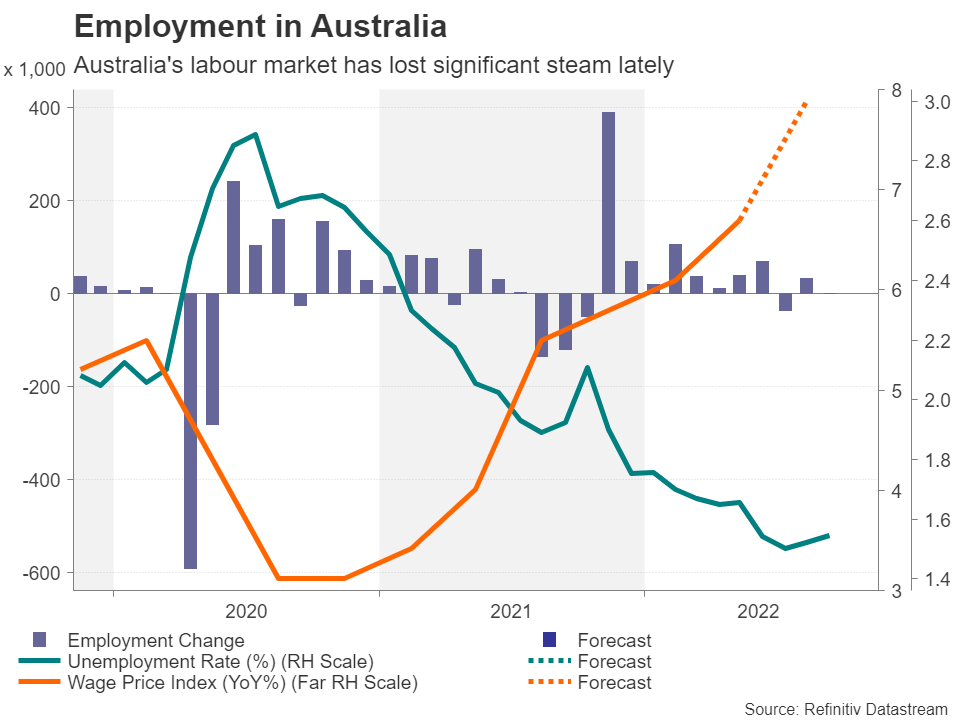 Taking all this into consideration, the RBA might be right to be pre-emptively cautious, even if inflation possibly hasn’t peaked yet. China’s growing economic woes have been another source of worry, although exports remain strong for now.

But just how much of a dovish pivot is this for the RBA? After all, it’s one of the few central banks in the world that meets 11 times a year – something that gives it extra flexibility to adjust the pace of rate hikes s as it sees fit. This confusion or potential miscommunication may end up wrongfooting investors who could be underestimating the RBA’s resolve to get inflation down. Money markets have priced in an almost 25% probability that the RBA will keep rates on hold at its next meeting in December seem overdone based on the information available.

Yet, when it comes to the Australian dollar, the dovish expectations may not necessarily be particularly detrimental at a time when the US dollar is finding itself increasingly on the backfoot. The aussie has retraced more than 60% of the August-October downfall as investors have upped their bets that the Fed is nearing the end of its tightening cycle, pressuring the greenback.

In the event that the employment data adds to concerns about the Australian economy, the aussie could fall back towards its 50-day MA in the $0.65 region. If broken, the next psychological levels of $0.64 and $0.63 are likely to be tested too.

The RBA next meets on December 6, but prior to that, the recently launched monthly reading of CPI on November 30 may provide a further clue on the final policy decision of the year.