With Eurozone inflation surging to 10.6% year-on-year in October, investors have shifted their bets to another 75bps hike when the ECB meets on December 15, and last week’s meeting minutes added credence to that view. This week, traders will probably turn their gaze to the preliminary inflation data for November, due out on Wednesday at 10:00 GMT. Will the numbers prompt them to change their minds and what impact could they have on the euro?Market wants another 75bps hike

Last month, the ECB delivered its second straight 75bps hike, but President Lagarde’s remarks at the press conference thereafter had a dovish flavor, with market participants interpreting them as a warning for a slowdown in the pace of future rate increments. What verified further this market hypothesis were post-meeting reports that some officials dissented in favor of a smaller move. 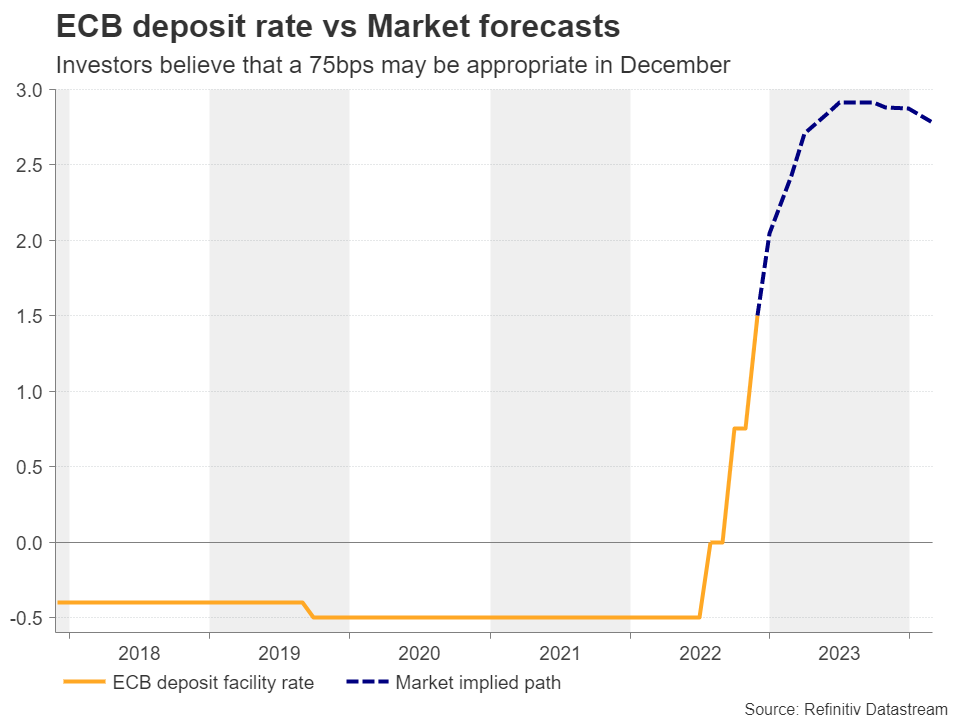 However, that narrative changed after the October inflation data revealed a strong acceleration into double digits, convincing market participants that another triple hike may be warranted, with the new assessment being supported by the minutes of the October meeting, which revealed that Euro-area policymakers were anxious about inflation becoming entrenched; and that was even before inflation data for October.

A small slowdown unlikely to prove a game changer

Now, the flash estimate of the headline harmonized index of consumer prices is expected to show a slowdown to 10.4% y/y from 10.6%, while the core rate is anticipated to have ticked down to 6.3% y/y from 6.4%. However, with the headline rate still in double digits, the core number well above the ECB’s objective, and the headline producer price index at unprecedented levels (above 40%), market participants are unlikely to alter their bets with regards to a 75bps hike at the ECB’s upcoming gathering. 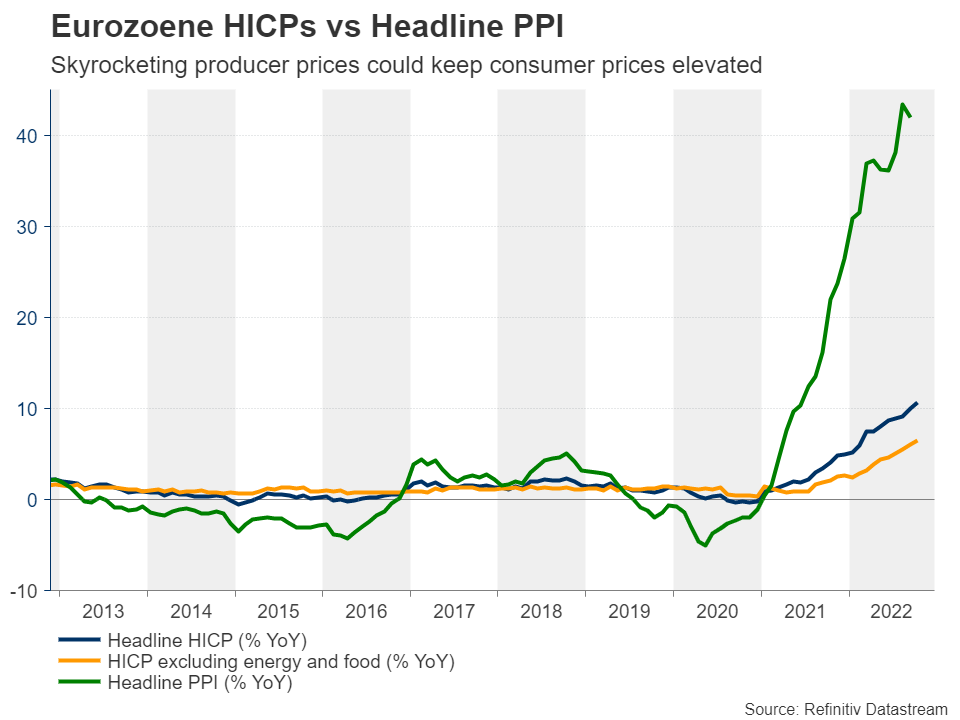 The PPI data for October is coming out on Friday, but even if it points to a second consecutive slowdown, a headline rate near 40% leaves no room for the ECB to let loose on its fight against inflation, as skyrocketing producer prices could be channeled into next months’ consumer prices and result in another acceleration.

Last week, the preliminary S&P Global PMIs pointed to another month of contraction in November, but all the indices rose instead of sliding like the forecasts suggested. Yes, a recession in the euro area seems inevitable, but the PMIs may have added to hopes that the wounds may not be as deep as were feared a couple of months ago, thereby giving another reason to investors for anticipating another triple hike. 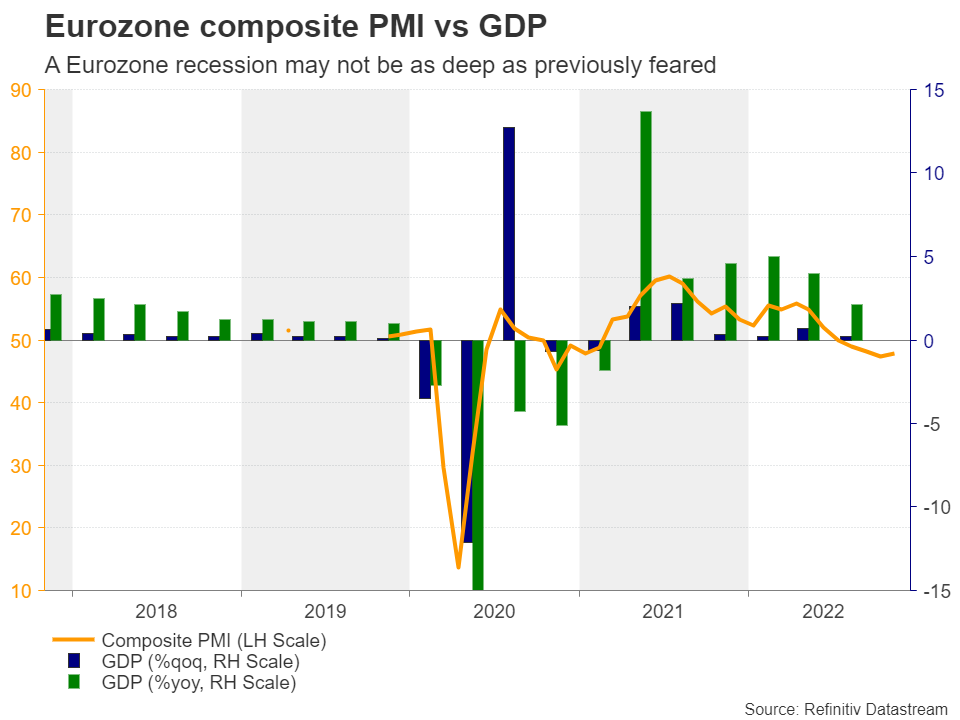 Euro may extend its recent recovery

An ECB expected to act more aggressively than the Fed in December could keep the euro supported against the US dollar for a while longer. Nonetheless, the recession in the Eurozone is still estimated to be deeper and more prolonged than in the US, which means that the ECB may not have the comfort to continue acting aggressively for longer and may not go as far as the Fed in terms of a terminal rate level. In other words, due to the prospect of a full-scale bullish reversal appearing premature, the latest recovery in euro/dollar – and any extensions of it – may be more wisely treated as a strong upside correction.

From a technical standpoint, euro/dollar has enjoyed some gains last week, after hitting support slightly above the psychological round number of 1.0200. Although the recovery was paused on Friday, it resumed on Monday, with the pair now headed towards the high of November 15 at 1.0480.

Overall, euro/dollar is trading well above the prior downtrend line drawn from the high of February 2, while last week, it managed to close clearly above the 200-day exponential moving average for the first time since June 2021. All these technical signs add to the notion of further advances.

A clear break above 1.0480 would confirm a higher high and may initially pave the way towards the peak of June 27 at 1.0615, where another break could extend the advance towards the key area of 1.0770, which acted as a temporary ceiling between May 24 and June 9. Should the bulls manage to climb above that zone as well, they may put the 1.0950 zone on their radar.