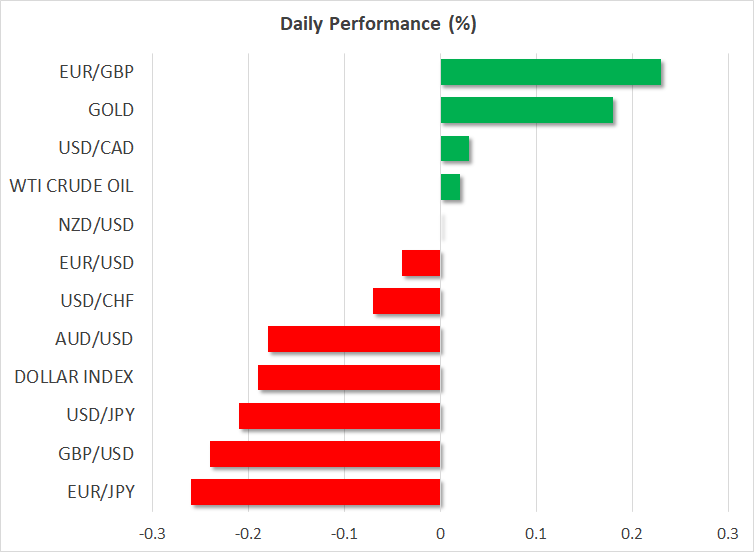 Wall Street bulls fire up ahead of tech earnings

Growing hopes that the Fed will soon call time on its aggressive rate-hiking campaign continued to feed optimism in equity markets, pushing the S&P 500 above the 4,000 level on Monday. US stocks staged a powerful rally on Friday after Fed officials seemingly endorsed a downshift to 25-basis-point rate hikes just before the blackout period kicked in.

With one major uncertainty removed ahead of next week’s FOMC decision and some positive corporate headlines in the last few days, tech stocks are on a tear. Ultimately, the shift in sentiment for the tech sector comes down to the recent announcements of mass layoffs by most of the big industry players, with Microsoft and Alphabet being the latest.

Microsoft has additionally been in the news for its deepening linkup with OpenAI – the developers of the popular chatbot, ChatGPT. The company is expected to report a drop in yearly Q4 earnings later today, but any disappointment could get eclipsed by the buzz around its ambitions with ChatGPT.

Tesla has also come back in favour; the stock has surged more than 14% in the last couple of sessions. Unsurprisingly, the Nasdaq has been leading the gains among the major indices on Wall Street and has just popped above its descending trendline.

Whether this rally turns into a sustainable rebound or is just another dead-cat bounce remains to be seen. But for now, it’s fair to say that investors have enough reason to feel less gloomy about the growth prospects for 2023. Although this notion is being put to the test today by the S&P Global flash PMI releases for January.

The US PMIs due later today will likely attract quite a bit of attention following the dismal readings for December. Worries about flagging growth in the US, combined with weaker inflation have dented expectations about a more forceful Fed, putting an end to the dollar’s bull run. Nevertheless, despite the shine coming off the US economy lately, other economies are not exactly beaming either and the dollar has found some support this week and its slide appears to be stalling.

French and German PMIs were mixed, although the euro area as a whole returned to growth in January according to the flash readings. But the euro’s advances slowed even before the PMI numbers were released as investors digested yesterday’s remarks from ECB policymakers where some Governing Council members seemed to cast doubt about the need for rapid tightening. Still, with President Lagarde repeating that interest rates need to rise significantly, the doves are probably outnumbered.

The euro last stood at $1.0860, while the pound was skidding, heading towards $1.2300. The UK’s services PMI fell sharply in January, increasing the likelihood that the economy is already in recession.

Fourth quarter GDP estimates for the US on Thursday are also on investors’ radar, while CPI data out of New Zealand and Australia will also be watched in early Asian trading tomorrow. The Australian and New Zealand dollars are the best performing major currencies so far this year, with optimism about China’s reopening being a key factor.

However, hopes of a recovery in Chinese demand have yet to translate into substantial gains for crude oil, whose rebound has been somewhat tame compared to other commodities such as copper, amid some concerns about how smooth China’s reopening will be.

Even gold can boast more impressive gains. The precious metal is up 6% in the year-to-date and just brushed a nine-month peak of $1,942/oz. With the US dollar on the backfoot, inflation rates around the world coming down and the Fed more likely to tone down its hawkish rhetoric rather than ratchet it up, gold has been enjoying a strong revival over the past three months. As long as inflation continues to come down and not prove sticky, gold’s uptrend should continue. 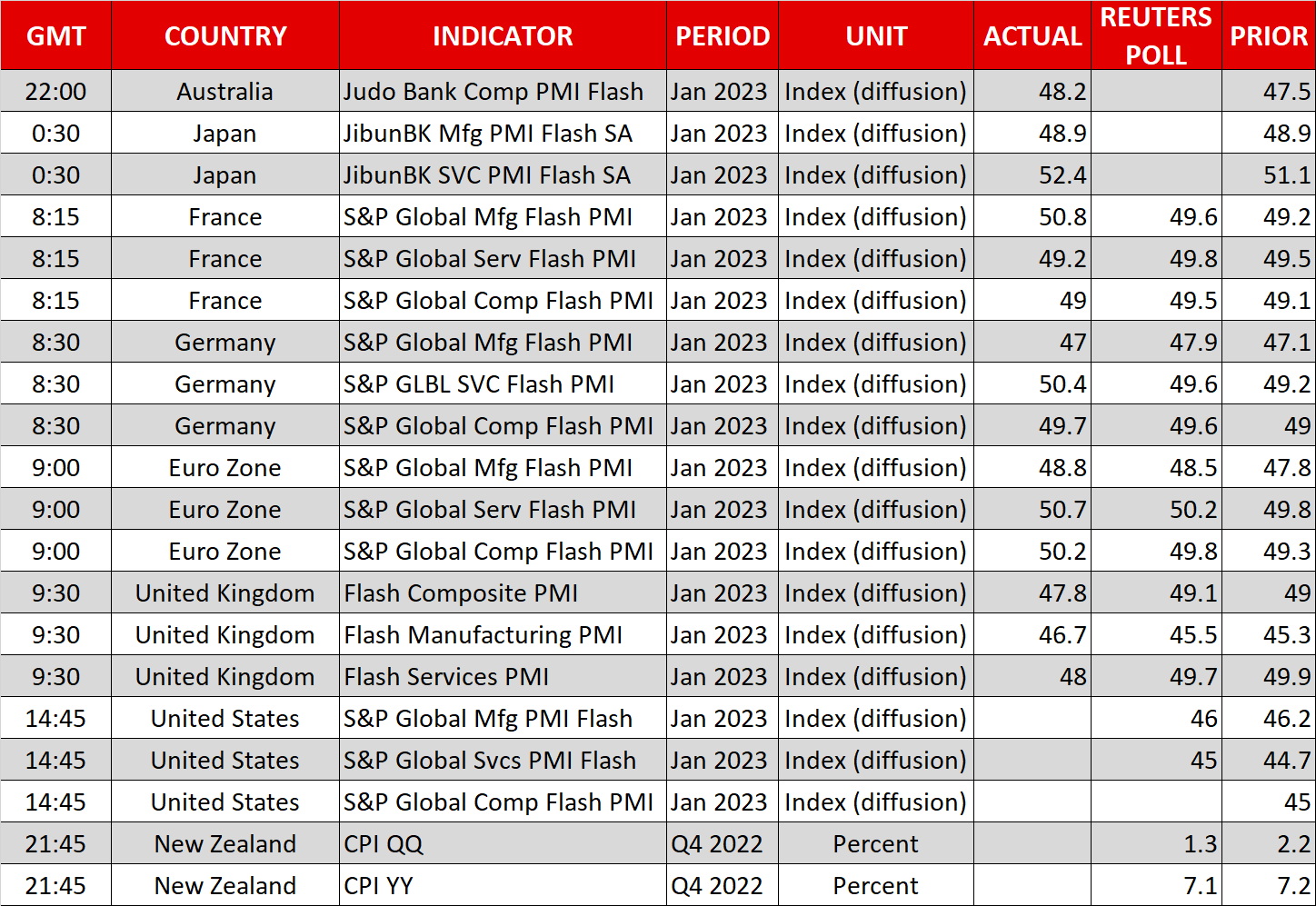 View All
XM Research - 12 hours ago