Salvini may have thrown a boomerang – Special Report

Matteo Salvini, the right-wing League Deputy Prime Minister, fired up a political crisis in Italy after pulling support for the coalition government earlier this month, forcing the Prime Minister Giuseppe Conte to resign and the marriage with the leftist Five Star Movement (M5S) to break down. Starting consultation with the main political parties, President Sergio Matarella will push efforts to form a new alliance and avoid snap elections before the 2020 budget discussions with the EU start. The plan, however, may not develop as Salvini predicted, while the EU may also keep some caution in store as the political solution may not last long.

The political game of Jeopardy did not harm the Italian stocks. Instead, the corporate circle and especially the troublesome banking sector felt some relief that the end of the 14-month fragile League-M5S coalition may give the leading role to a more stable collaboration that would improve relations with the EU.

The euro also under-reacted to the news as the slowdown in global growth combined with the persisting data weakness in the EU keep all eyes on the monetary front, with investors eagerly waiting for the ECB to join the dovish central banks in September by cutting deposit interest rates to -0.5% and restarting the quantitative easing program. 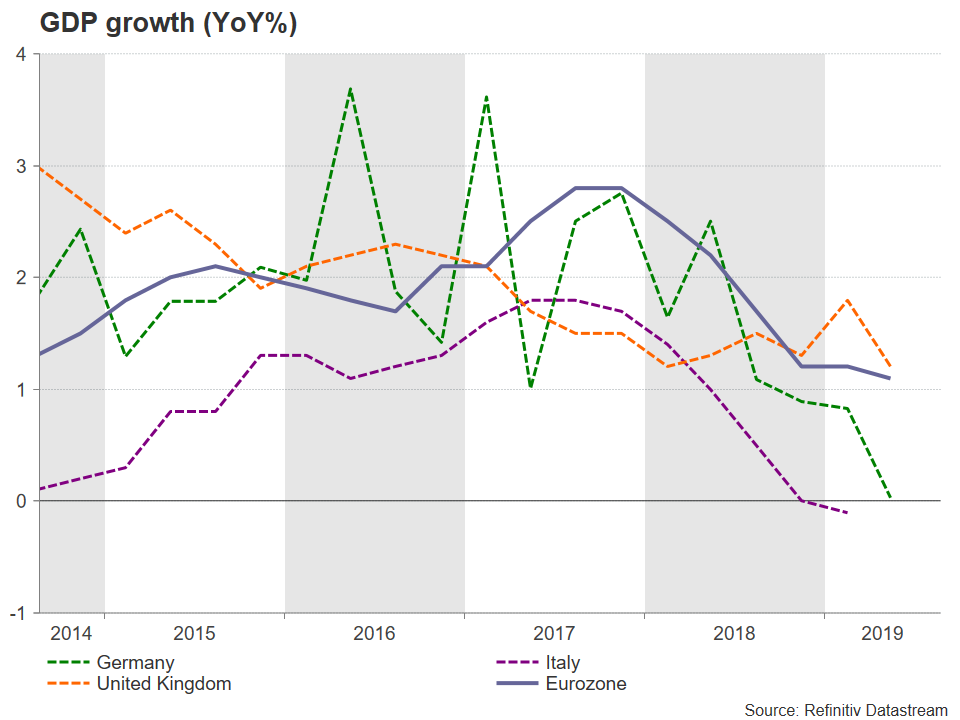 Undeniably, Italy has never been politically unified, at least over the past 50 years, and therefore conflicts between the ruling parties should not be a big surprise. The timing, however, is inconvenient now as the EU is in a difficult phase. Besides Brexit, the EU is also closely monitoring the slowing performance in the powerhouse German economy that faces strong headwinds from US trade protectionism. And with Italy, which is also teetering on the edge of a recession, adding more political pressure, the bloc’s outlook does not look very optimistic at the moment.

Yet things may evolve in the way that benefits the EU and against the hard-liner Salvini after all if the centre-leftist Democratic Party (PD) replaces the League as opinion polls suggest. Following the talks with President Matarella, the pro-European PD leader Nicola Zingaretti set tough lines for a potential collaboration with the long-time challenger M5S, asking for more loyalty to the EU, a new approach to the migration problem, and more investments. The party is also in favour of the high-speed rail link to France project that the M5S opposed lately, while the involvement of the former PM Matteo Renzi, who is still controlling some PD lawmakers and is harshly criticized by M5S, could further prolong negotiations between the parties.

However, President Mattarella has no time for prolonged talks. Rather, he is  seeking a quick resolution to the political turmoil that would allow the country to start discussions on the 2020 budget that must be handed out to the European Commission in a draft form by October.

Failure to find a majority would pave the way for new elections probably in the autumn or spring, four years ahead of the schedule. In this case, Salvini, who managed to more-than-double his party’s popularity since last year, is likely to gain control with other far-right parties such as Berlusconi’s Forza Italia and the Brothers of Italy while other parties lose their seats.

Known for his fiscal stimulus ideas that would elevate the already overloaded budget deficit even further, Salvini could escalate the EU-Italian political tensions if he gets the position. A new quantitative easing program by the ECB would also please Salvini as the positive yield in the 10-year Italian government bonds would put Italian assets in front of the German and French ones, which pay a negative yield. 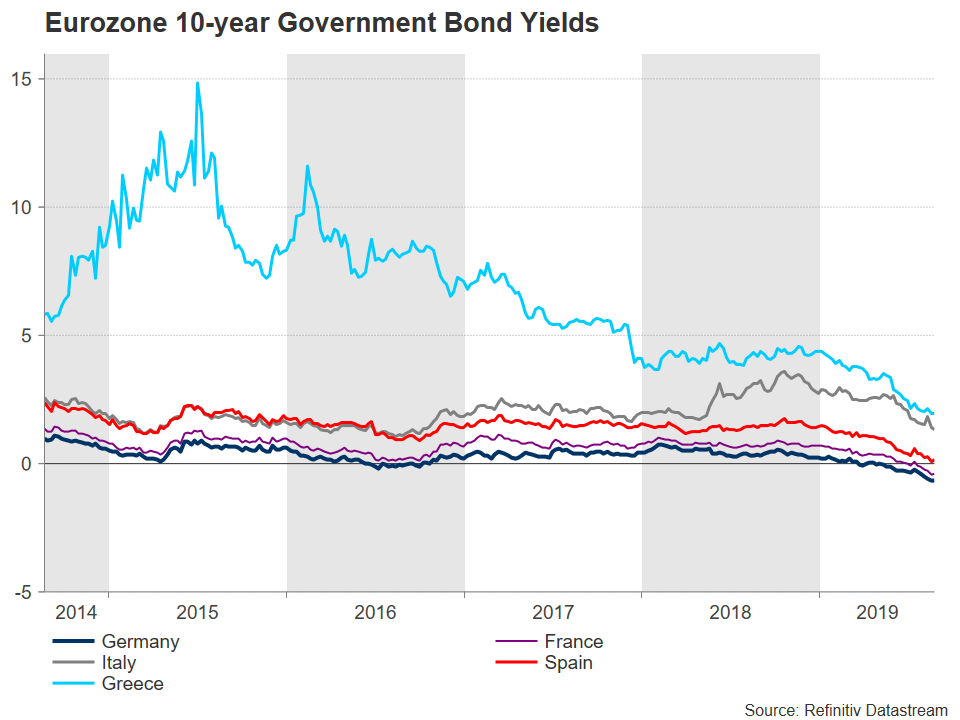 Another potential scenario is a reconciliation between the divorced League and M5S but with Salvini being in campaign mode, the odds for such an outcome are low.

All in all, Matarella would more likely push efforts to bring the PD and M5S together in the governing board and leave Salvini in the opposition as the alternative could be time-consuming and complicated to achieve. If not, then he would form a ‘caretaker’ government with neutral people to assist the country until new elections take place.

What about the euro?

Turning to the market reaction, a coalition between the PD and the M5S is likely to be more friendly to the EU and therefore could bode well for the euro. However, since numerous differences between the parties remain, the country could soon sink into political chaos again, putting the common currency back into a choppy trading pattern.

Note that Matarella has extended negotiations between the parties until Thursday.