Although the broad negative trajectory shows no sign of abating, the momentum indicators are reflecting persisting buying presence. Particularly, the RSI has overcome its previous highs after exiting the oversold territory and is currently sloping upwards to meet its 50 neutral mark. The Stochastics are in a positive mood as well, but close to their 80 overbought level, while the MACD is gradually deviating above its red signal line.

However, the way higher may not be easy for bullion. The 1,676–1,688 region could immediately curb any upside pressures, delaying any recovery towards the channel’s upper boundary currently seen around 1,712. Then, the bulls will need to pierce through the 1,735 level, which overlaps with the constraining line drawn from the 2,079 record high, in order to meet the 1,765 barrier.

On the downside, a close below the 1,660–1,650 region could produce a quick decline towards the key 1,620 mark, which the bears could not successfully claim last week. Slightly lower, traders will look for a rebound near the bottom of the shorter-term bearish channel seen within the 1,600–1,585 zone. The 1,565 barricade taken from the first half of 2020 could next attract attention.

All in all, the precious yellow metal, although still within a bearish territory, is trying to tilt the short-term bias in favor of the buyers. Yet, there are a couple of tough obstacles nearby, which may easily ruin any progress. 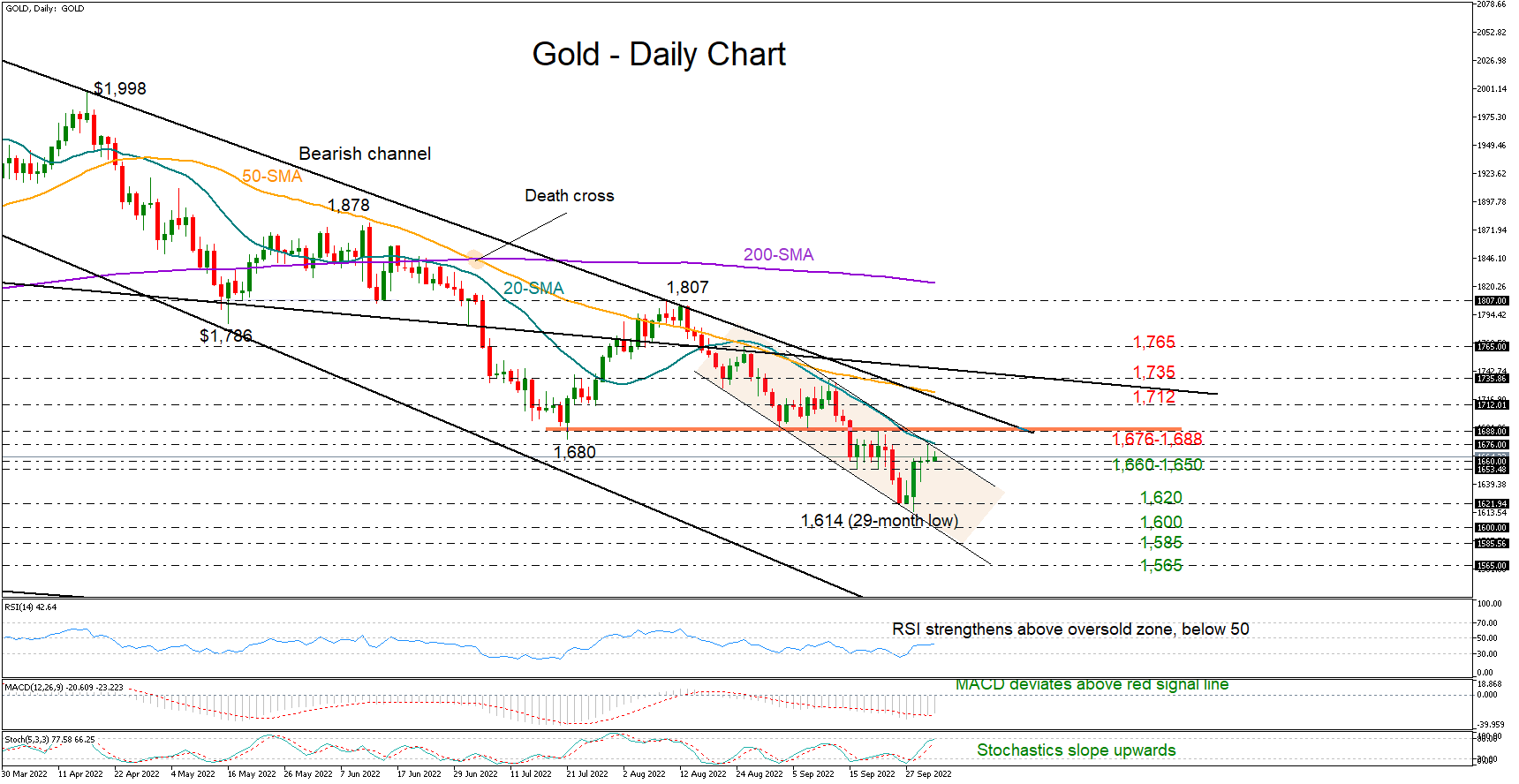