Stock Market News – Apple in the crosshairs of a trade war: will it take a major hit?

Apple’s stock is trading 2.5% lower from a record high of $229.67 touched on September 5. The major catalyst behind the recent fall are growing concerns the company will take a hit on the back of rising prospects for a full-blown trade war between the US and China, given that a considerable part of the firm’s supply mechanism is China-based.

The US imposes tariffs on China and the latter’s economy suffers as a result, right? Yes and no, or at least this is only part of the story. Higher tariffs will indeed render Chinese products shipped to the US less attractive overtime; so far, Chinese exports to the US appear largely unaffected, but that is also due to front-loading of orders to avoid the cost of tariffs which has been masking the effects of such levies. Another implication stemming from US duties that can well hurt American interests are the negative effects on global supply chains, with disruptions on this front having the capacity to weigh on the likes of Apple. 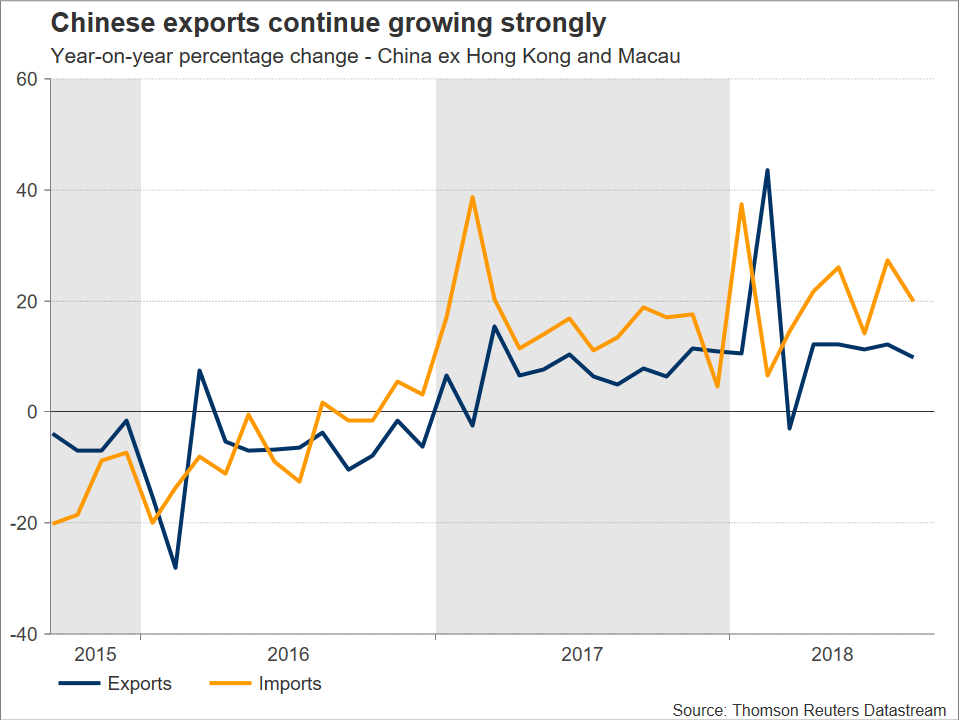 Economic integration and globalization, which the US has been so instrumental in promoting prior to the Trump era, has encouraged – in the sense that it provided economic incentives – multinationals like Apple to manufacture their products around the world and also source materials for their finished goods internationally. Throughout this period, China has largely been acting as the world’s manufacturing hub for numerous reasons, such as low labor costs on a relative basis, rendering itself a key part along the supply chain of big multinationals.

The iPhone maker, in a letter to the US trade representative last week, expressed that President Trump’s proposed tariffs on $200 billion worth of Chinese goods would affect a number of its key products including the Apple Watch and AirPods, as well as components for other items in the firm’s product line. Consequently, the corporation said consumers will have to pay more for Apple products, which in turn could act to the detriment of demand for those items. Apple’s stock headed sharply lower in the aftermath of those remarks, while it is of note that CEO Tim Cook had in the past shrugged off worries over tariffs. It is also noteworthy that the iPhone, Apple’s main earner, was not listed as one of the products that would be hurt by the proposed tariffs.

On Tuesday, Apple’s shares have managed to recover a significant portion of their losses from late last week. However, investor action to buy the dip might had been premature, given that the Trump administration has signaled that it plans to ratchet up its tariff game, moving beyond the aforementioned $200bn to effectively capture all Chinese imports to the US.

Technically, looking at the short-term bias on Apple’s shares, the RSI turned higher yesterday after losing ground in previous days. This could be an early sign that momentum is turning back positive. A stock move back south may meet support around the current level of the 50-period moving average line at $217.03. A steeper fall would increasingly shift the focus to the 100-period MA at $204.94, with the $200 mark that may hold psychological importance lying not far below. Conversely, should the stock conclusively re-enter a path of gains, it may meet resistance around last week’s record high of $229.67. In terms of the medium-term outlook, it remains predominantly bullish. Attesting to this are the positively-sloped 50- and 100-period MA lines.

The world’s most valuable company by market cap – with a valuation in excess of $1 trillion – may from now on act as a barometer of Sino-US trade tensions, much like the Mexican peso served as a gauge of Hillary Clinton’s chances to become president of the US; the currency appreciated whenever those odds were seen as rising.

Beyond tariffs and supply considerations, something that perhaps does not get as much attention as it should, is that China is one of Apple’s largest markets. What if the confrontational stance between the world’s two largest economies pushes Chinese consumers away from Apple products, substituting them for rival non-US merchandise? Under such a scenario, the tech giant will likely be in for much more pain than it has been so far. Boeing, General Motors and Starbucks are other iconic US brands that may find themselves in a similar situation due to their outlook largely depending on how they perform in China. 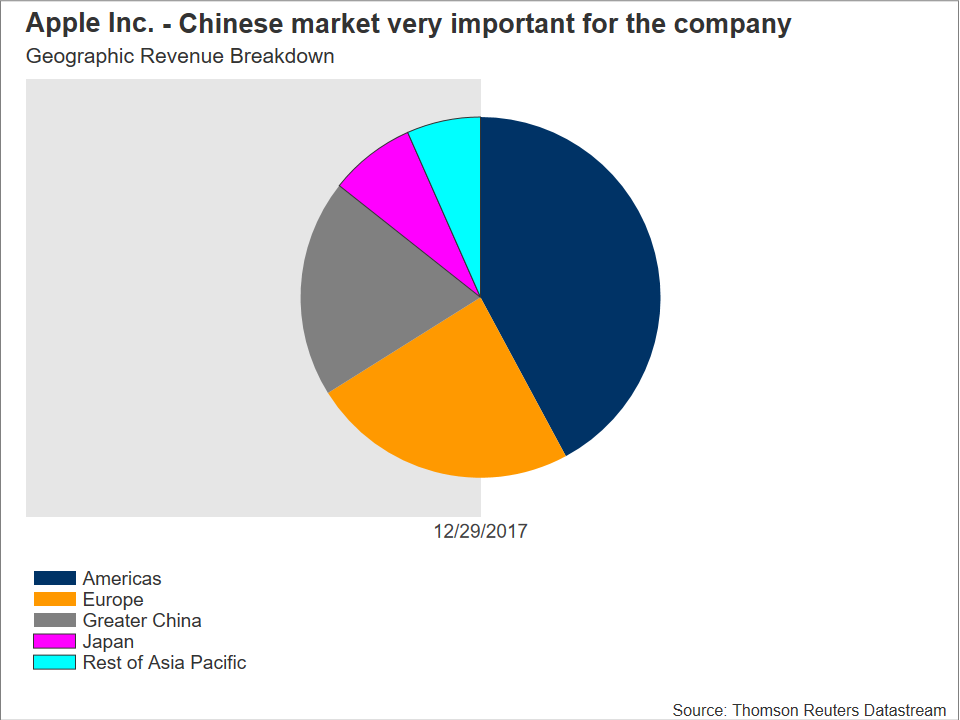 Elsewhere, Wednesday’s an important day for Apple as the corporation will be unveiling new product offerings that will include its latest iPhone models; expectations are for the company to unveil three new phones. Unless the corporation significantly deviates from analysts’ projections, such as delivering a game-changer of the magnitude of the original iPhone, price action on the news may be relatively limited. For the record, analysts do not anticipate the company to yet again revolutionize the tech landscape later today.

Lastly, the tech behemoth’s stock is trading higher by 32.3% year-to-date, which favorably compares to the S&P 500’s and Nasdaq 100’s equivalent returns of 8.0% and 17.4% correspondingly. Apple is also one of the thirty stocks that constitute the Dow Jones Industrial Average, which is up by 5.1% so far in 2018.