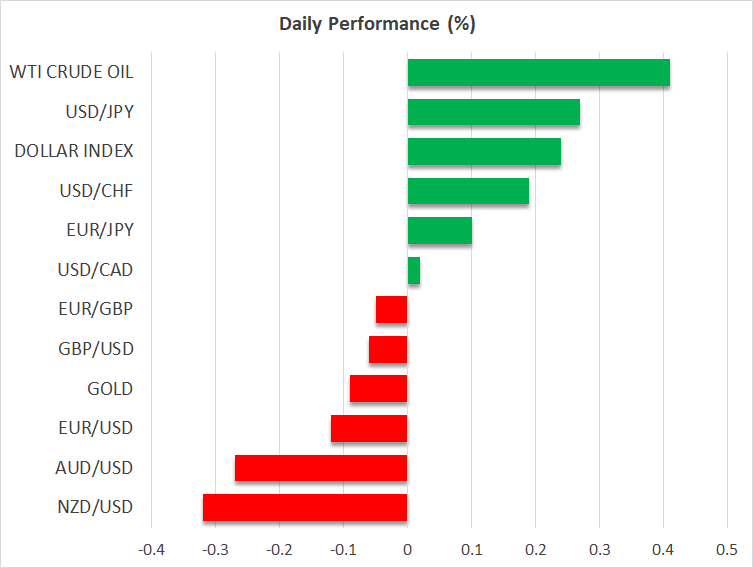 OPEC kicks the can down the road

Crude oil prices stormed higher yesterday to touch levels not seen since late 2018 after the world's most powerful oil cartel did not signal any further increases to its production levels beyond July, as some feared. The producers apparently didn't even discuss any future supply boost, postponing any decisions until the next meeting in early July.

At that point the OPEC+ alliance will have more clarity around the demand side of the equation, and more crucially, whether there's a breakthrough in the US-Iran nuclear negotiations that ultimately brings an overflow of lost supply back online.

Oil's fortunes now hang on diplomatic forces. If there is a deal with Iran, prices will likely suffer a deep correction but perhaps not a trend reversal. OPEC could help balance things out by slowing its own production increases to prevent Iranian barrels from flooding the market.

The Canadian dollar initially rode the crude oil wave higher, climbing to its best levels since 2015, before pulling back. The fundamental story for Canada is still bright, with a solid domestic economy, a central bank that's taking its foot off the gas, and beneficial spillovers from US federal spending. That said, the psychological zone of $1.20 has been a fortress for dollar/loonie lately.

In the broader market, it was a rather quiet session. The dollar couldn't capitalize on a stronger-than-expected ISM manufacturing report, as the details were mixed. On the bright side, new orders surged and inflationary pressures seem to have stabilized, albeit at an extreme level.

However, supply chain issues are still raging and employment fell as manufacturers report difficulty in finding staff. That's a bad sign for Friday's nonfarm payrolls report. It implies that many people aren't motivated to look for a job while they can claim generous unemployment benefits. Those benefits expire in September, at which point a swarm of workers could return.

The stock market didn't love the news either, with the S&P 500 erasing some early gains to close virtually unchanged as traders tempered their expectations for the upcoming jobs report. Of course, even a massive NFP disappointment wouldn't necessarily tank the market as it would imply more Fed liquidity for longer, which is a tremendously powerful force for equities.

The British pound came under pressure this week, amid some rumors that the government might delay the final stage of the reopening, in fear of the Indian covid variant spreading. A setback could hit the pound, but the pain will likely be short-lived. Any delay would simply reflect an abundance of caution from health authorities, which is ultimately positive from a risk-reward perspective.

Finally, the Turkish lira hit a new record low today after President Erdogan said he asked the central bank's new governor for a rate cut. Turkey's inflation problem has escalated in recent months with the annual CPI rate exceeding 17% in April, so maintaining high interest rates is infinitely important. As long as the central bank's hands are tied by politics, it's difficult to see the bottom in the lira's multi-decade downtrend. 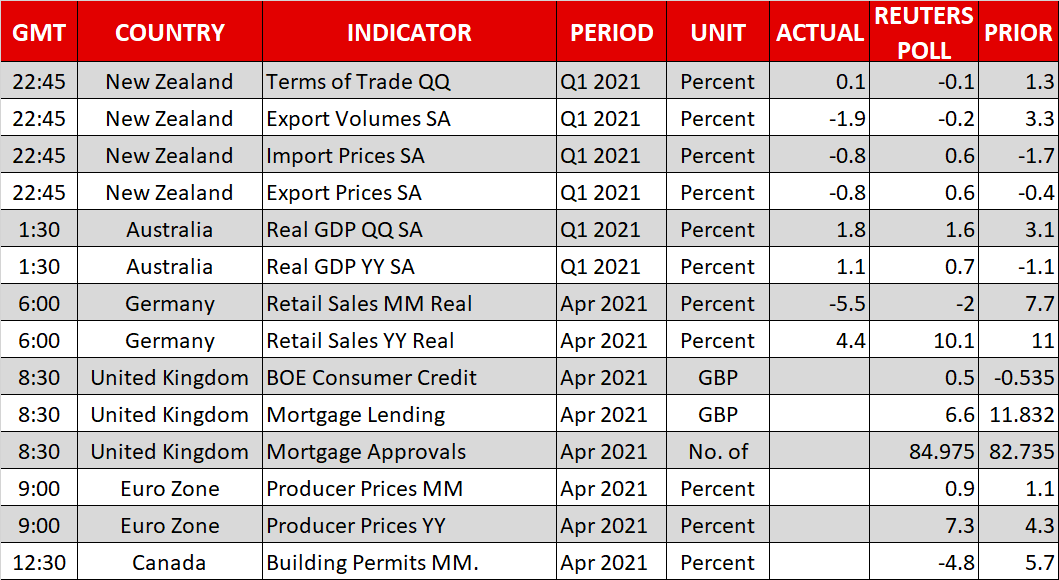