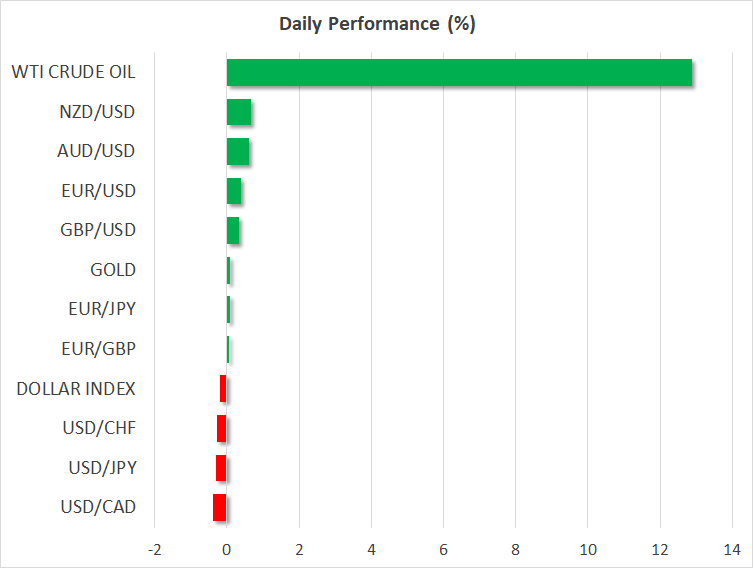 The mood of cautious optimism continues to prevail in the markets on Wednesday as several countries have begun or are preparing to ease their lockdown measures. Hopes that shuttered businesses will soon be able to reopen their doors has sparked a relief rally in risk assets. That said, there are signs that the current positivity has reached its limits as stocks appear to be plateauing and most major pairs have been trading sideways over the past month.

Even the US dollar’s retreat this week has been fairly modest, underlining the huge uncertainty about the outlook, with investors not ready to dump their dollar holdings in big numbers just yet. Still, if the trend of lockdown restrictions being gradually lifted continues in the coming weeks, the risks for the greenback are clearly tilted to the downside.

The immediate focus, though, is on the advance Q1 GDP readings for the US economy and the Federal Reserve’s first regular meeting since January. US GDP likely contracted at the steepest rate since 2009, during the Great Recession. Given that the data will only get worse in the second quarter, it makes it all the harder for the Fed to provide a timeline on how long its emergency policies will remain in place. But markets will nevertheless try to get a sense of where the Fed thinks the economy is headed and whether additional emergency measures are on the cards should conditions deteriorate further.

The Australian dollar has surged by 6.5% this month, making it the best performing major currency, as it moves ever closer to the $0.66 level where it stood before the virus turmoil began. But while the aussie’s recovery was initially driven by the overflow of stimulus announcements, its latest stretch upwards has been fuelled by the number of new virus cases in Australia falling to the tens. This, combined with the fact that China – Australia’s largest trading partner – has also contained the coronavirus, has led to investors reassessing the impact of the pandemic on the Australian economy.

New Zealand is in a similar situation as it’s seen a sharp drop in new infections. But the kiwi hasn’t enjoyed the same runaway rally as it’s been held back by a more dovish central bank, though it is the biggest gainer today (+0.7%).

Looser lockdown restrictions are also boosting the euro (+0.4%) along with expectations that the European Central Bank will tomorrow announce an increase in the size of its pandemic emergency asset purchases. There was little reaction to Fitch’s downgrade of Italy’s credit rating to one notch above junk, suggesting investors are confident the ECB won’t abandon Italian sovereign bonds should they get downgraded to junk.

After plunging at the start of the week, oil prices have reversed sharply higher, with WTI futures soaring by about 13% today. The turnaround came after US oil inventories rose by less than expected last week, according to the American Petroleum Institute. The US Energy Information Administration will publish its inventory numbers later today and if those are also below expectations, WTI might just be able to sustain its gains. But with Brent futures expiring on Thursday, further volatility is anticipated before the week is out.

In equity markets, most major indices were in the green but lacked momentum. Wall Street is expected to open higher following strong earnings results from Google’s parent, Alphabet, after the market close yesterday. More big earnings are due today, including from Amazon.com and Microsoft. 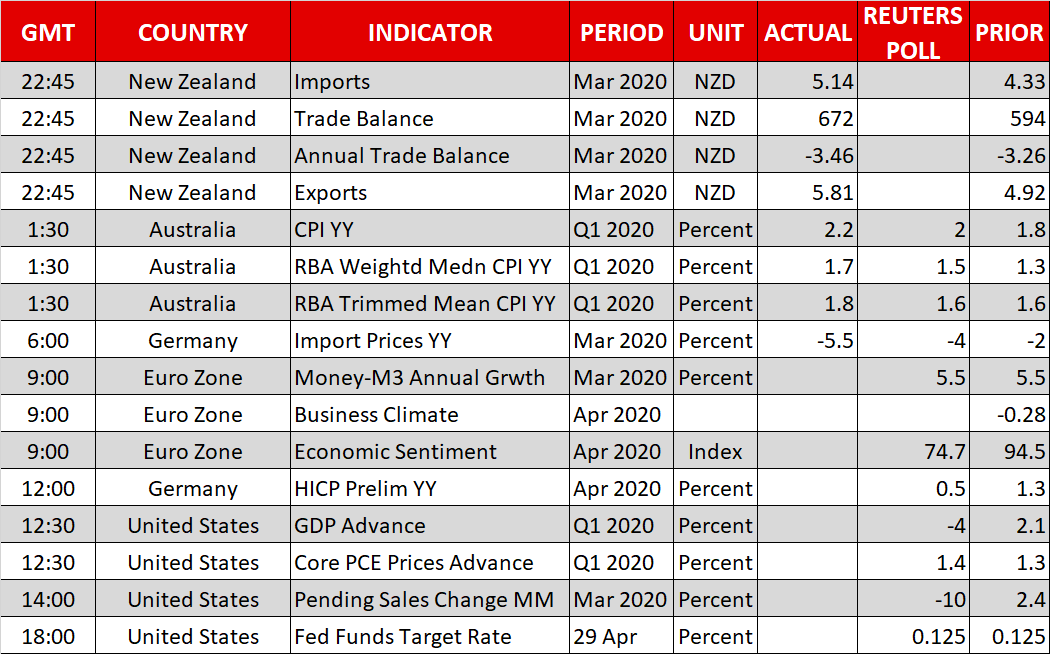