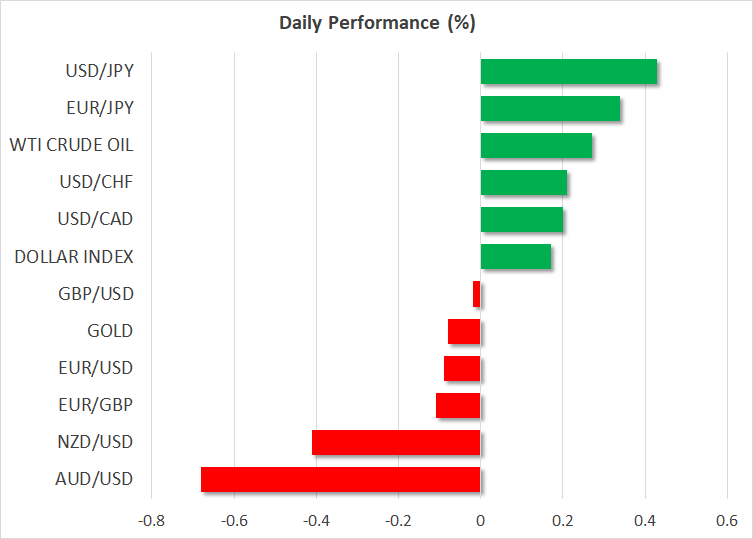 Stocks stay on the bright side

Equity traders continue to shrug off persisting recession worries, choosing to bet instead that a severe downturn will be avoided, at least when it comes to earnings. Walmart and Home Depot were the latest to report their quarterly results on Tuesday, kicking off the earnings for the big retailers. Both companies beat their earnings per share and revenue estimates and maintained their existing guidance for 2022.

The S&P 500 and Dow Jones Industrial Average were pulled higher as retail stocks rallied. But the Nasdaq closed lower as major tech stocks fell back slightly.

Growing signs that inflation has probably peaked in America are likely underscoring the belief that the pain for businesses from soaring costs will not get worse in the second half of the year. There also seems to be some relief that Treasury yields have not gone up that significantly even after Fed policymakers overwhelmingly rubbished the idea of a rate cut as early as next year.

Meanwhile, in China, it seems that the government has not totally given up on additional stimulus measures after the country’s premier pressed regional authorities on Wednesday to do more to boost growth. Moreover, China’s central bank cut the one- and seven-day lending facilities on Monday and will likely follow it up with a reduction in the loan prime rate next week.

However, investors remain concerned that policymakers are still not doing enough to stimulate the stalling economy, which is being crippled by constant snap lockdowns.

Nevertheless, most indices in Asia were in the green today, European shares opened higher and US stock futures were marginally in negative territory ahead of earnings from Cisco and Target.

In the FX space, optimism was in far shorter supply, however, as the US dollar held firm near yesterday’s 3-week highs against a basket of currencies, while the yen was mixed.

Data out of the US continues to provide conflicting views on the state of the economy. Housing starts and building permits both declined in July, but industrial production rose by more than forecast.

The real focus, however, is on today’s retail sales numbers for the same period due at 12:30 GMT, as investors will want to gauge the strength of consumer spending, while the minutes of the Fed’s July meeting will also be watched closely at 18:00 GMT.

The minutes are unlikely to signal a slowdown in the pace of tightening and may even jolt markets if they disclose that policymakers discussed raising rates by a full percentage point.

The Reserve Bank of New Zealand may have already set the tone for a hawkish surprise after it lifted rates by 50 basis points earlier today. Although the size of the hike was expected, the Bank disappointed some who were anticipating a shift into slower gear. Instead, the RBNZ raised its projection of where it expects the cash rate to peak and signalled that it will get there sooner than previously anticipated.

The New Zealand dollar immediately jumped on the announcement but the boost proved short-lived and is now trading lower on the day versus the greenback. The Australian dollar fell even more, dipping below $0.70 after wage growth figures out of Australia slightly missed the forecasts.

The euro and pound fared better, climbing marginally, although the pound was also off its earlier highs when it spiked on the back of stronger-than-expected CPI data. UK inflation surged to 10.1% y/y in July, topping forecasts of 9.8%. Core inflation also beat expectations, spurring investors to almost fully price in a 50-bps rate increase in September. 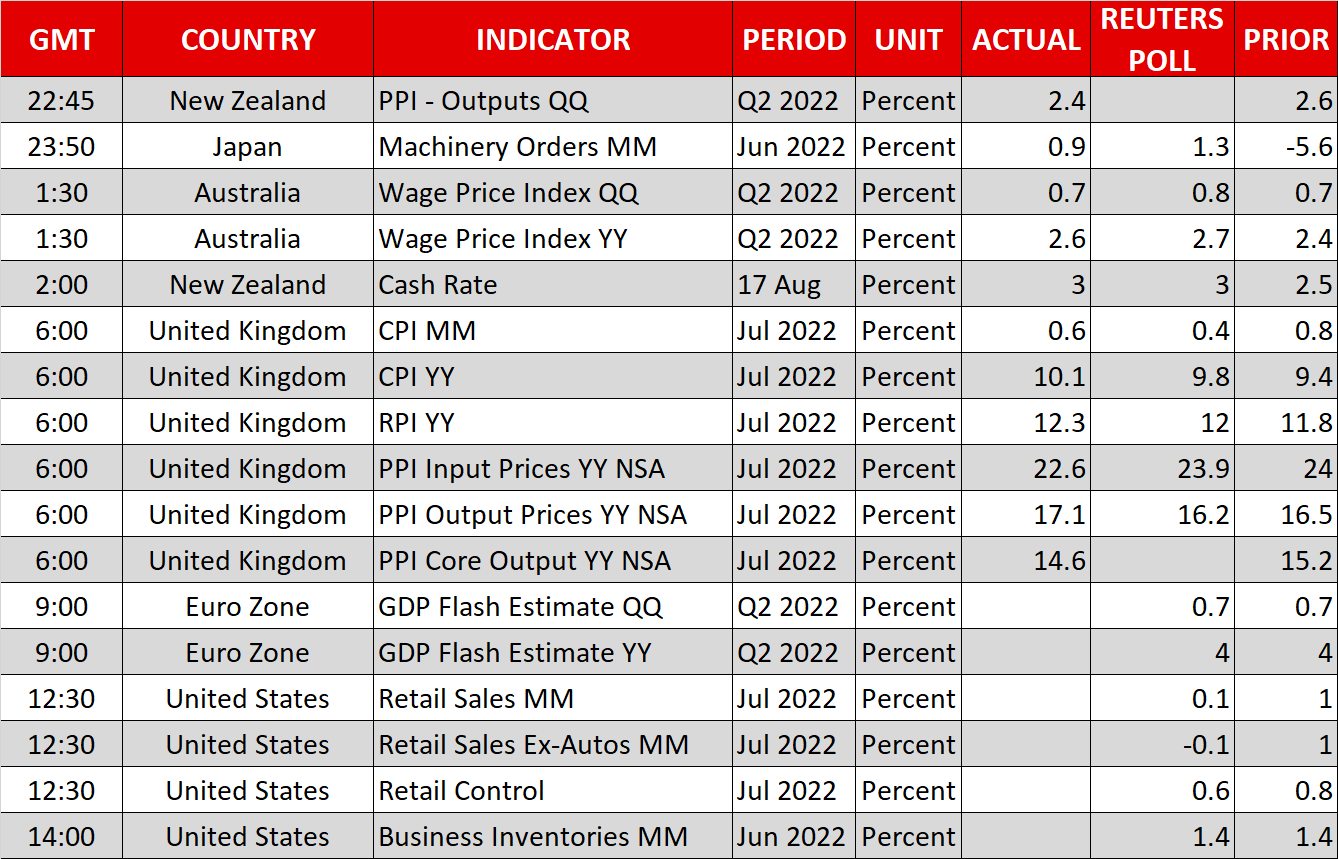