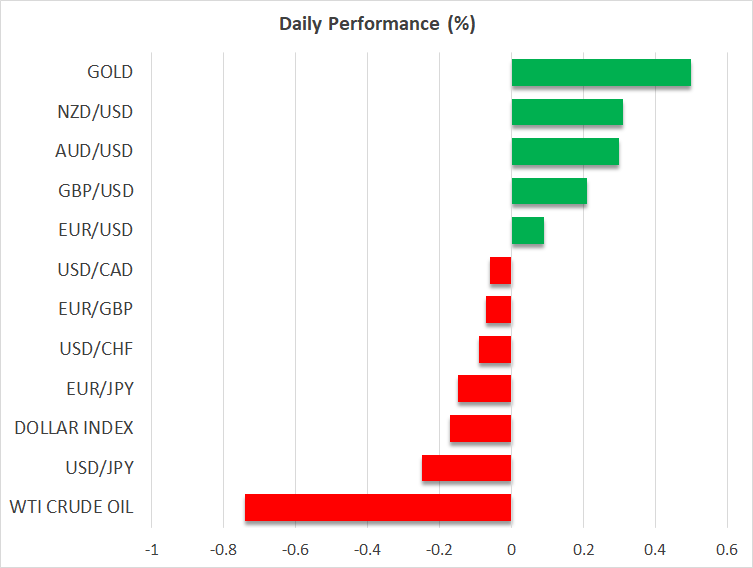 The minutes of the FOMC meeting contained no new revelations, but there was a clear sense of optimism about America's economic fortunes. While the officials highlighted the various downside risks, they also emphasized the benefits from the overload of federal spending and the impressive progress in vaccinations.

The message was that things are improving quickly and that inflation will overshoot soon - thanks to a cocktail of supply chain disruptions, soaring commodity prices, and direct money transfers - but the Fed will be patient with rate increases. Policymakers believe any inflation episode will be transitory because powerful long-term forces will ultimately pull inflation back down.

Globalization and technological advancements, an ageing population, and a lack of worker bargaining power in wage negotiations imply low inflation over time. However, investors aren't buying this narrative. The fact is, globalization is slowing down and more importantly, the US has never done so much stimulus, nor given so much money directly to people. Hence, markets fear that this inflation episode will be stickier than what the Fed expects.

As such, there's a dichotomy between the Fed and investors, with policymakers signaling that rates will stay on the floor until 2024 but market pricing pointing to more than two rate increases by then. At this stage, it seems traders are right and that the Fed will be forced to shift gears during the summer or autumn, as US economic data turn sizzling hot.

In the FX spectrum, the minutes helped the US dollar to stage a minor rebound. While the Fed isn't telegraphing any rate increases for now, it is also not showing any concern about market pricing for rate hikes having gone too far.

The real question for the dollar is how much of the 'good news' is already priced in here. The short answer is probably not enough, considering that leveraged funds are still net-short on the reserve currency.

Elsewhere, some disappointing vaccine news has taken the wind out of sterling's sails. The UK's medical regulator said people under 30 should not be given the AstraZeneca vaccine, preferring the Pfizer or Moderna jabs instead. Since the Astra vaccine constitutes the vast majority of British supplies, this has sparked fears of a slowdown in the nation's immunization program, which until now was world-beating.

Meanwhile, Wall Street is going from strength to strength, with futures pointing to yet another record high for the S&P 500 today. Considering how dramatically the Fed's rate trajectory has been repriced lately, it is quite impressive that stock markets have performed so well.

While the overall picture remains bright, the S&P 500 will face a serious technical test around the 4130 region, which is the 161.8% Fibonacci extension of the March 2020 collapse. That's about 1% away from current levels.

As for today, all eyes will be on Fed Chairman Powell, who will deliver remarks before an IMF event at around 16:00 GMT. Regional Fed presidents Bullard (15:00 GMT) and Kashkari (18:00 GMT) will speak as well.

Over in Europe, the ECB will release the minutes of its latest policy meeting at 11:30 GMT. This is usually a non-event for the euro, but it could attract some extra attention this time since the central bank decided to accelerate its QE purchases at this gathering. 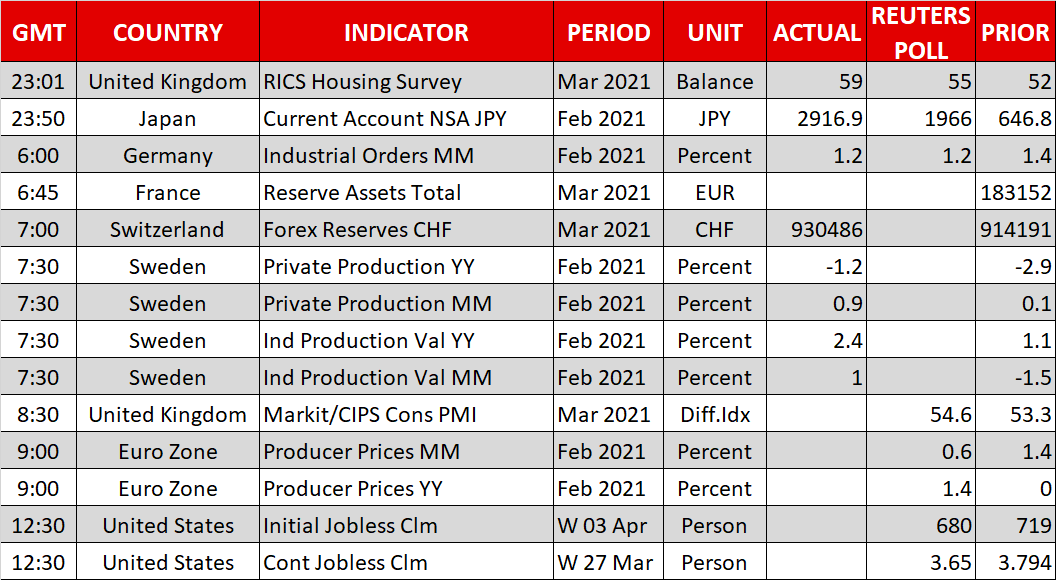 US Open Note – Stocks soar; dollar continues to slip as US yields fall