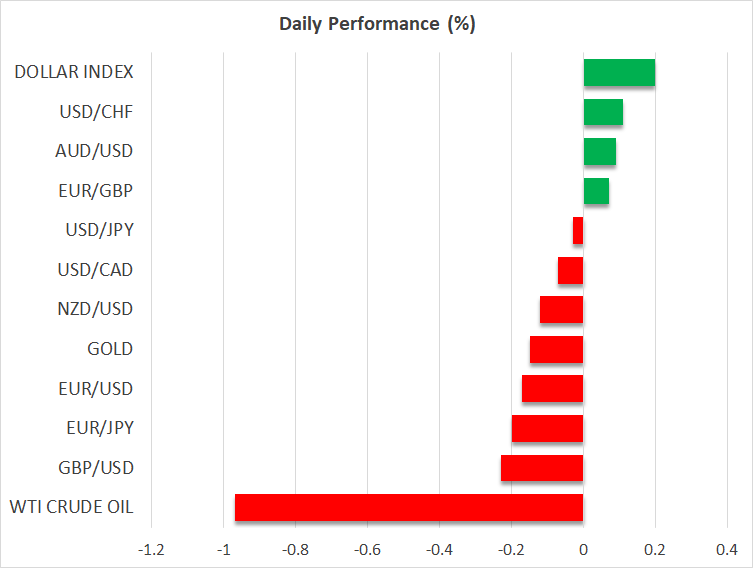 The US dollar is on track for its worst 4-week run since last July and looks set to end the month with losses of at least 2.5%. An uptick in the growth outlook for some of America’s competitors along with an unquestionably dovish Federal Reserve have offset a string of positive indicators for the US economy.

Treasury yields, which have been steadily climbing in the past week and maintained posture even after Wednesday’s predictably dovish FOMC meeting, appear to be giving up, with the 10-year yield pulling back from yesterday’s spike to 1.69% to around 1.64% today.

As other countries catch up with the US in the vaccination race and exit from lockdown, the dollar is likely to be pressured as yield differentials narrow. This could be a recurring theme until at least June, which is the earliest that the Fed is likely to signal any shift in its current policy stance.

But dollar bears were taking a breather today and the greenback advanced moderately against the euro and pound. The aussie fell back slightly after failing to break resistance in the $0.7815 region but the Canadian dollar held near three-year highs.

The yen also paused its recent slide amid some souring of the positive mood. A worrying escalation in virus cases in Japan has been weighing on the yen all week after the Bank of Japan warned consumption is likely to take a hit. But with infections surging in other places too like India, some of the vaccine-led optimism has faded, giving way to slight risk-off moves and helping the yen edge off lows.

In commodities, copper futures (3-month LME contract) raced above $10,000 a tonne on rising demand for electric vehicles and other technology products. But oil prices slipped on Friday, paring back some of yesterday’s strong gains on the back of the robust US growth figures.

Fresh record for S&P 500, but chip shortage starts to worry

Sentiment in equity markets was similarly mixed as investors were caught between rising optimism about the outlook in many parts of the world and a reminder that the Covid crisis is far from over.

But other concerns have also started to creep into the markets lately. A growing global shortage of chips, which are increasingly being used by the auto industry and most electronic devices these days, could hurt production of not only car manufacturers but also major tech companies such as Apple and Samsung.

Apple shares pulled back from their post-earnings jump yesterday, finishing the day in the red. Nevertheless, strong gains by Amazon and Facebook pushed the S&P 500 to a new record high on Thursday, though neither the Dow Jones and Nasdaq were able to replicate that feat.

US futures were last trading between 0.2%-0.4% lower, following declines across Asia today. However, European shares opened mostly in positive territory, hinting that risk appetite is alive and could strengthen further during the course of the day.

It might be somewhat quieter on the earnings front without any of the Big Tech reporting on Friday, but announcements from Exxon Mobil and Chevron before the market open should make for high volumes.

US data could also set the mood as personal income and consumption numbers are due later today, along with the core PCE price index, which may provide further clues about potentially brewing inflationary pressures. 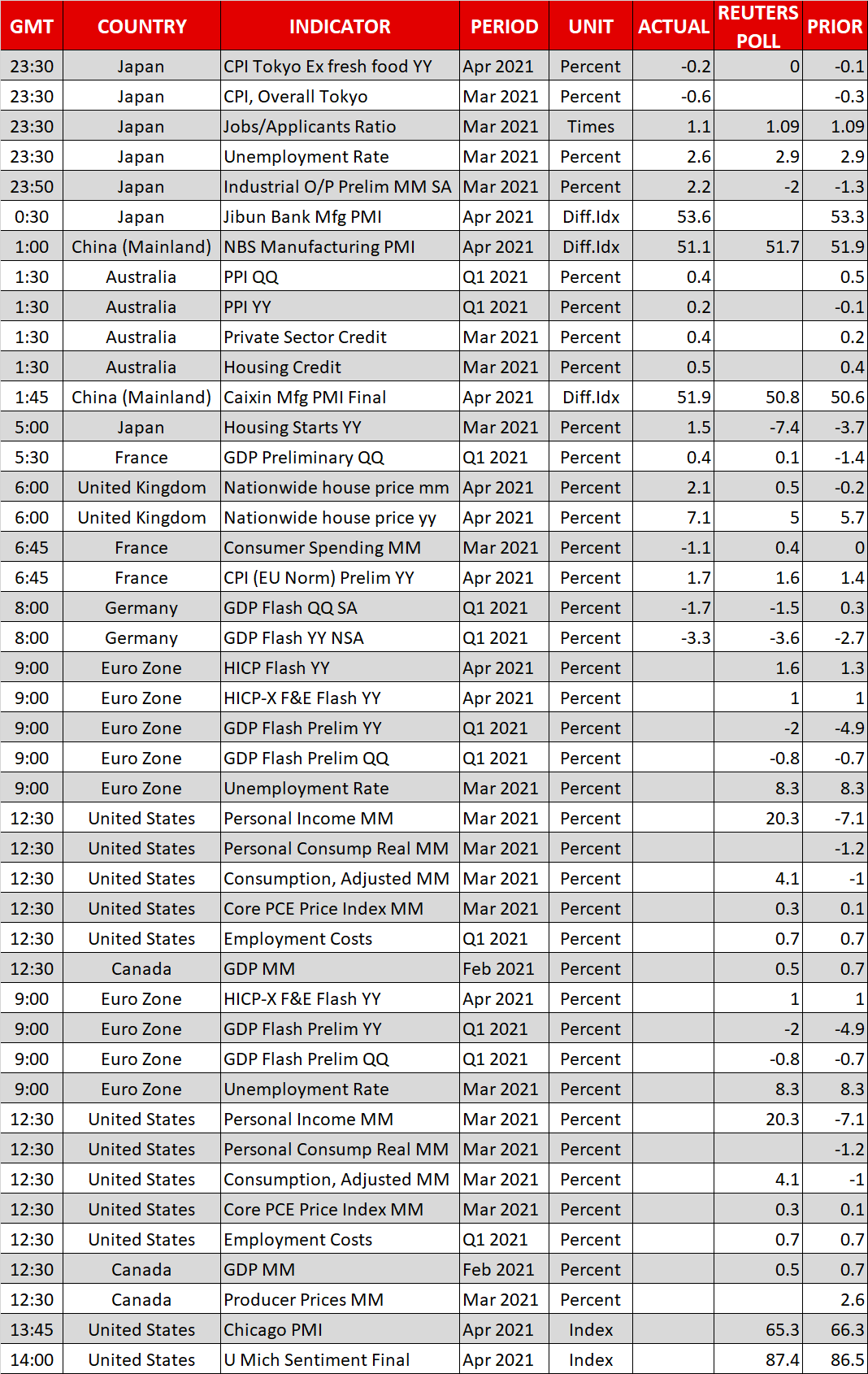