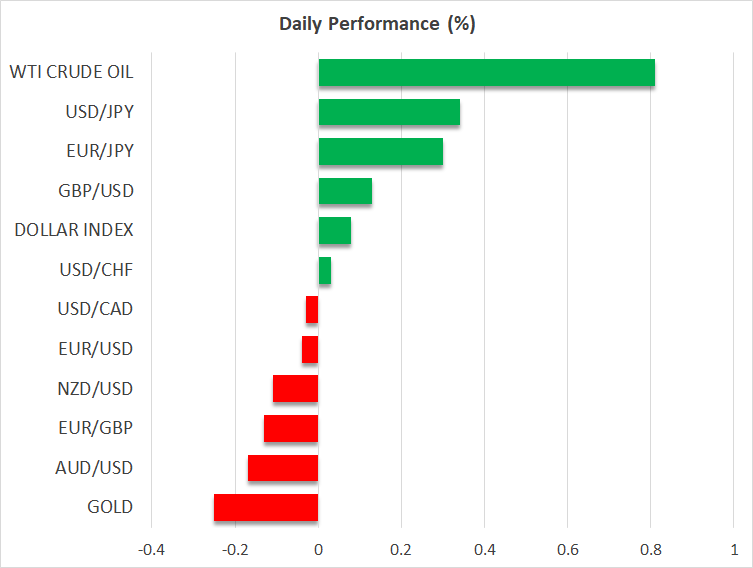 Powell as dovish as ever

The Federal Reserve struck a more positive tone on the US economy on Wednesday as it kept monetary policy unchanged as widely expected. Policymakers acknowledged the progress on vaccinations and greater flow of fiscal stimulus but maintained that policy would stay unchanged until there’s been “substantial further progress” towards meeting their employment and price stability goals.

But while Chair Jerome Powell mostly stuck to the script, he did provide a little more clarity on what the Fed is looking for in its quest for further progress in the recovery. Specifically, Powell stressed that a transitory rise in inflation would “not meet the standard for raising rates” and that one great jobs report is “not enough”. Powell further dampened expectations of an early withdrawal of monetary stimulus by repeating that it’s “not time yet” to start talking about tapering and that the economy is a long way from ‘substantial further progress’ despite the recent run of upbeat data.

His dovish remarks pulled Treasury yields lower and the dollar tanked, hitting one-month lows overnight. However, the 10-year yield, which has been steadily edging higher this week, quickly rebounded and is back above 1.65% today, suggesting that the markets don’t think the Fed will be able to keep rates near zero for too long.

The Fed may be able to put off taper talk for now, but rising inflation and a strengthening economy mean it’s only a matter of time before policymakers will need to apply the brakes.

The dollar also managed to bounce back from its lows, though the technical picture for the greenback remains rather bearish in the near term. The recent improvement in the economic outlook in some other parts of the world, notably in the Eurozone and Canada, have taken some of the shine off the dollar.

The euro started the month below $1.18 but is now trying to establish a foothold above the $1.21 handle. However, it is the Canadian dollar’s gains that have come as the biggest surprise as it’s now the best performing major currency in the year-to-date. The Bank of Canada is on course to raise rates before the Fed and yesterday’s better-than-expected retail sales numbers only reinforced that view. The loonie extended its advances on Thursday, climbing to a fresh 3-year high of C$1.2283 to the dollar.

The yen continued to slide across the board as the currency remains mired in fears that Japan’s fourth wave and slow vaccine rollout will put its recovery behind that of other advanced nations. The dollar was last attempting to reclaim the 109-yen level and there could be more upside for the US currency later today from the Q1 GDP report.

Annualized growth in America likely surpassed 6% in the first quarter. The weekly jobless claims figures will also be eyed and may help to further reverse the post-Fed moves in bond and FX markets.

The combination of a dovish Fed, rising European optimism and strong earnings boosted shares in Europe on Thursday, though Germany’s DAX bucked the trend.

US stock futures were also up sharply, hinting that some life may be returning to Wall Street after a muted performance in the previous three sessions. A solid start to tech earnings by Tesla, Microsoft and Alphabet failed to spark a fresh rally, even though both the S&P 500 and Nasdaq Composite modestly scaled all-time highs this week.

But Nasdaq futures were pointing to a 1% opening gain today following exceptionally strong results from Apple and Facebook after Wednesday’s market close. Amazon and Twitter will be reporting their results after today’s closing bell.

This week’s steady but notable rise in Treasury yields could be weighing on US equities and if Apple’s earnings beat is unable to set Wall Street alight, it doesn’t bode well for the rest of the earnings season. 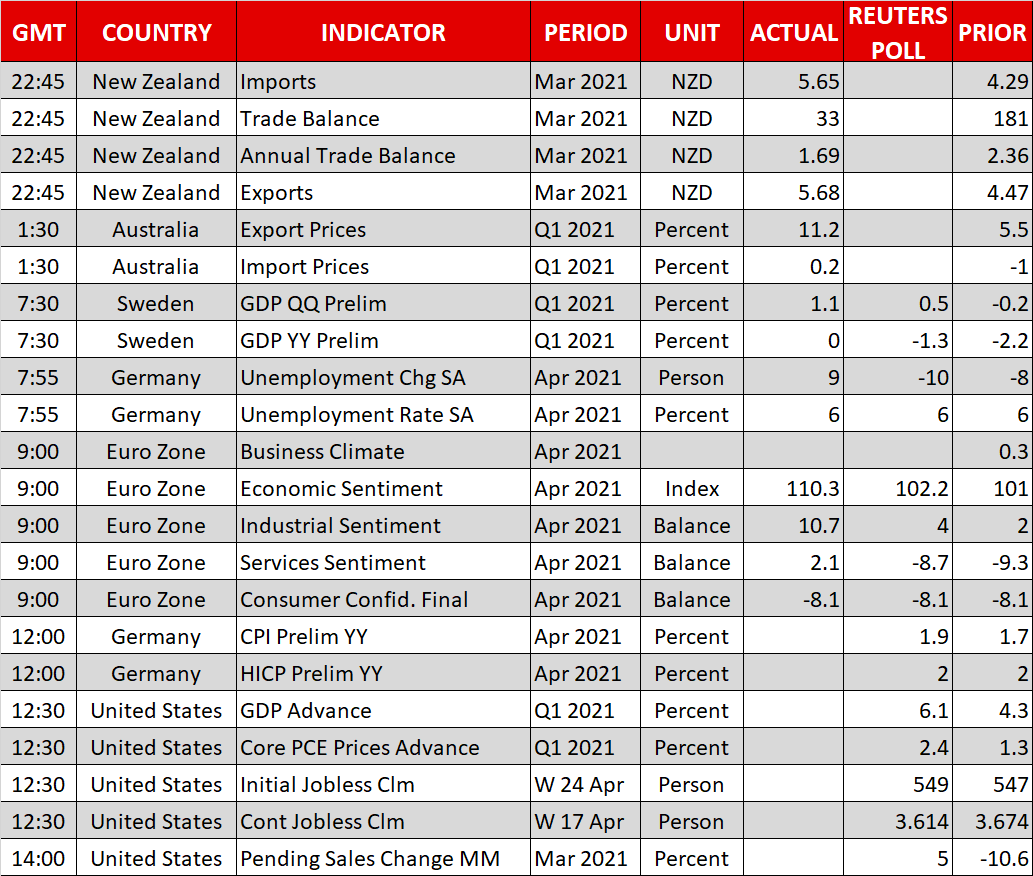