EURCAD is set to close strongly bullish after three consecutive negative weeks, with the pair accelerating from a three-year low of 1.4262 to three-week highs.

Looking at the four-hour chart, the RSI’s position provides some cautious signals as the indicator is already above its 70 overbought mark, though it has yet to show signs of weakness, suggesting that there might be some extra room for improvement in the market.

Should sellers return to the game, the 61.8% Fibonacci  at 1.4544 could act as immediate support before attention shifts back to the 200-period simple moving average (SMA), which has flattened around the 50% Fibonacci of 1.4490. Breaching the latter, the area between the 20-period SMA and the 38.2% Fibonacci of 1.4436 could next take control as it did earlier in the week.

In short, EURCAD could experience more upside pressure, though not for long as the market is already trading in overbought waters. 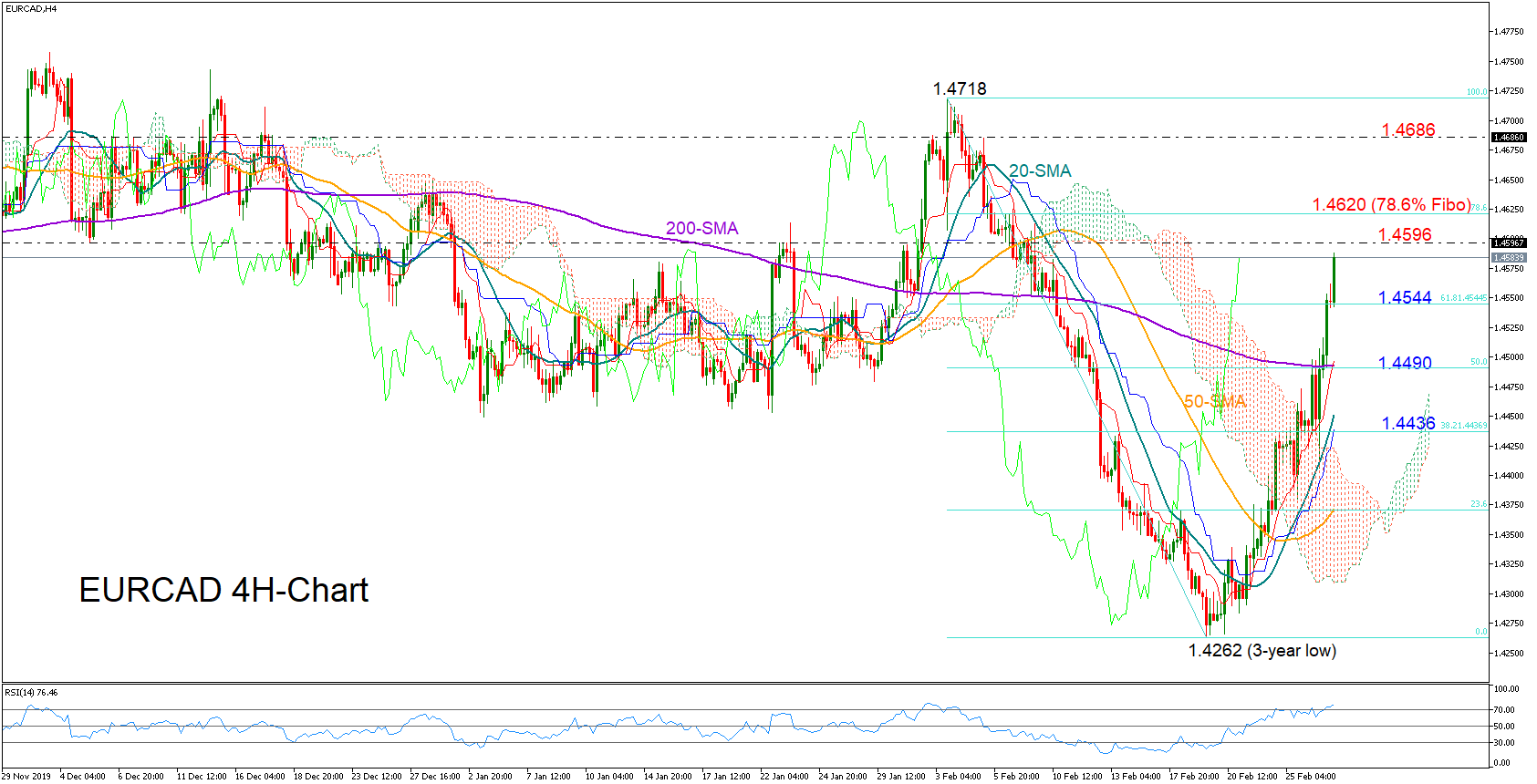