EURGBP faltered after barely surpassing the 0.8600 level on Wednesday in the four-hour chart. The 61.8% Fibonacci retracement of the 0.8668 - 0.8449 down leg is also in the neighborhood, cementing that ceiling and making any violation at this point important to watch.

The soft slowdown in the RSI and the MACD is reflecting a weakening bullish bias. Yet, as long as the former maintains its higher lows above the short-term ascending trendline and the latter remains around its red signal line and within the positive territory, any downside correction in the price could raise little worry.

Instead, a slide below the supportive trendline drawn from the 2 ½ -year low of 0.8449 could create some anxiety, especially if the 50-period simple moving average (SMA) at 0.8571 proves fragile this time, letting selling forces to spiral towards the 50% Fibonacci of 0.8558. Moving lower from here, the 200-period SMA may attempt to prevent any declines towards the 38.2% Fibonacci of 0.8531.

Summarizing, EURGBP is holding a positive-to-neutral bias in the short-term picture. A break above 0.8598 may spark another bullish round, whereas a clear break below the trendline could enhance the current selling pressures. 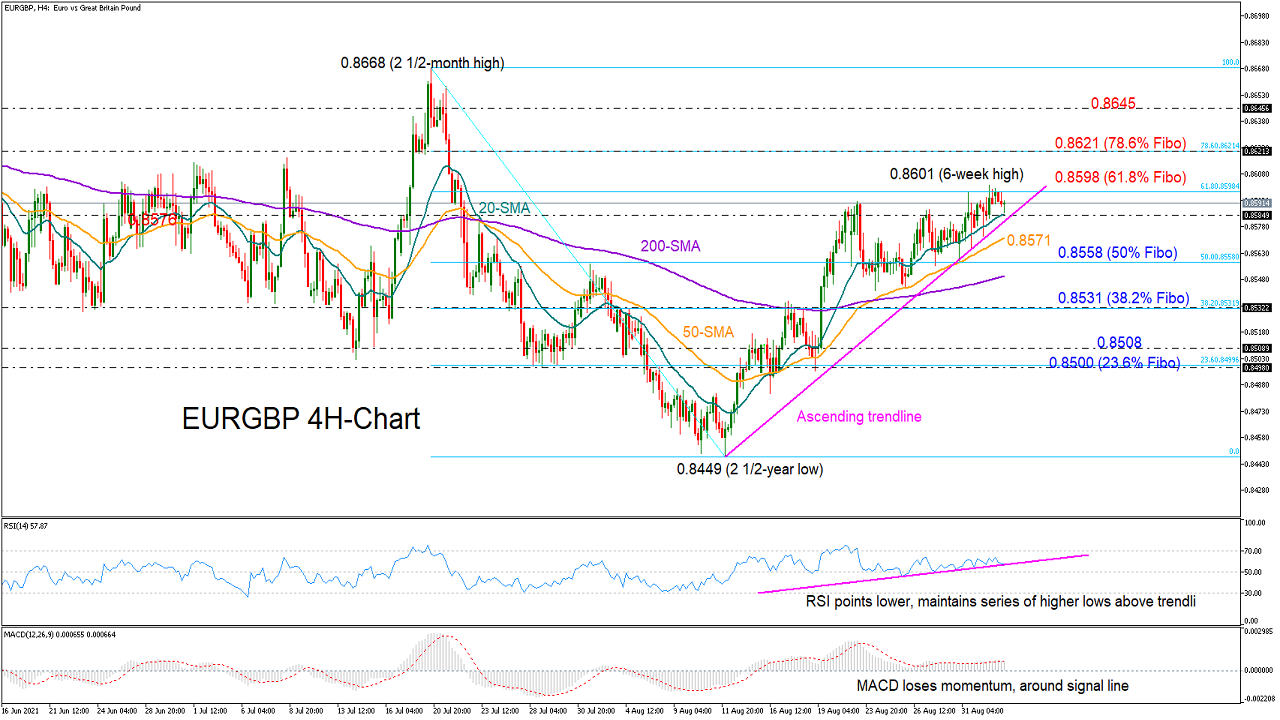 Week Ahead – Fed, BoC to sing from same hawkish hymn sheet; data flurry on the way