Gold has been losing ground since early March, generating a profound structure of lower highs and lower lows within a descending channel. Furthermore, in the last few daily sessions, the technical picture has deteriorated, with the price forming consecutive fresh 29-month lows and trading beneath its lower Bollinger band.

The short-term oscillators currently suggest that bearish forces are strengthening. Specifically, the RSI has entered the 30-oversold zone, while the MACD histogram is retreating below both zero and its red signal line.

Should selling pressures persist, the 1,600 psychological mark could act as the first line of defence. Sliding beneath that floor, the April 2020 support of 1,566 might curb any further downside moves. Failing to halt there, the attention could shift to the March 2020 low of 1,451.

On the flipside, bullish actions could propel bullion towards its recent high of 1,688. Conquering this barricade, the bulls could aim for the crucial 1,734 level, which overlaps with the 50-day simple moving average (SMA) and the restrictive trendline taken from the commodity’s peaks. Jumping above that zone, the price could ascend towards 1,765 or higher to test the August high of 1,807.

All in all, gold has been developing within a descending move since March 8, and only a decisive advance above the upper boundary of its declining channel may change its outlook to bullish. 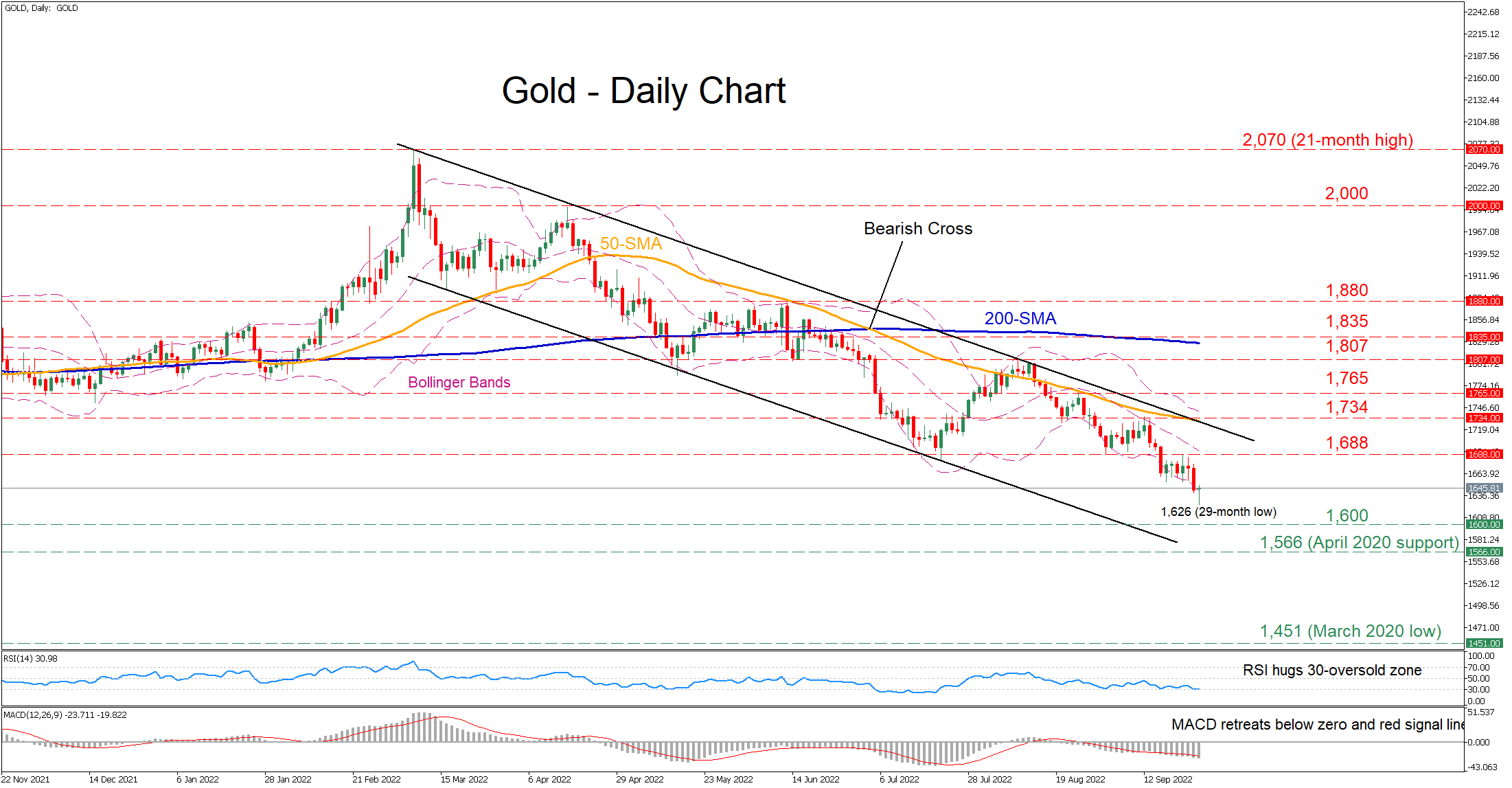