Gold have developing slightly higher over the last five weeks, holding within an upwardly sloping channel.

The price opened with a positive gap earlier in the day, remaining marginally below the 200-day simple moving average (SMA), while the RSI and the MACD provide little direction about the next move in the price as the former is heading up below its 50 neutral mark and the latter remains stable within the negative territory.

If buyers break through the 1,857 barrier and the 50-day SMA, the next challenge could come from the area between the 1,878 barrier and the top of the short-term bullish channel. Notably, the upper limit of the medium-term bearish channel is in the same area. So, any move up from there could be important for getting close to the 1,915 barrier. Even higher, the ascent may stop between the 2,000 round number.

Overall, gold is still neutral in the short term, and traders are waiting for a long-term move above 1,890 or below 1,805 to give the market a new direction. 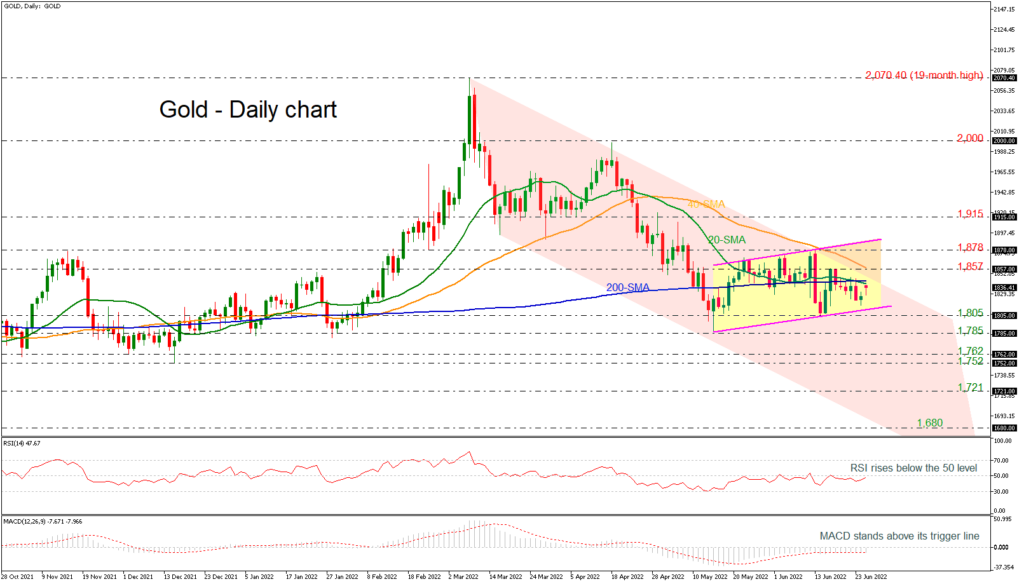