NZDUSD has been trending lower since March, generating a profound structure of lower highs and lower lows. Even though the pair has posted a moderate recovery after finding its feet at the 30-month low of 0.5510, the 200-day simple moving average (SMA) has curbed further advances.

The momentum indicators suggest that bullish forces are subsiding. Specifically, the stochastic oscillator is descending after posting a bearish cross, while the MACD histogram has fallen below its red signal line but remains in the positive zone.

To the downside, the recent support of 0.6155 could act as the first line of defense. Sliding beneath that floor, the bears could target 0.6063 before the crucial 0.6000 psychological mark appears on the radar. Violating this zone, the price might retreat towards the inside swing high of 0.5815.

Alternatively, should buyers regain control, the pair may test the recent rejection point of 0.6288, which overlaps with the 200-day SMA. Conquering this barricade, the price might ascend towards the August peak of 0.6466. Failing to halt there, any further advances could cease at the June peak of 0.6575.

Overall, NZDUSD has managed to erase a substantial part of its steep decline, but the rebound has stalled at the 200-day SMA. Hence, a clear break above the latter could open the door for further recovery. 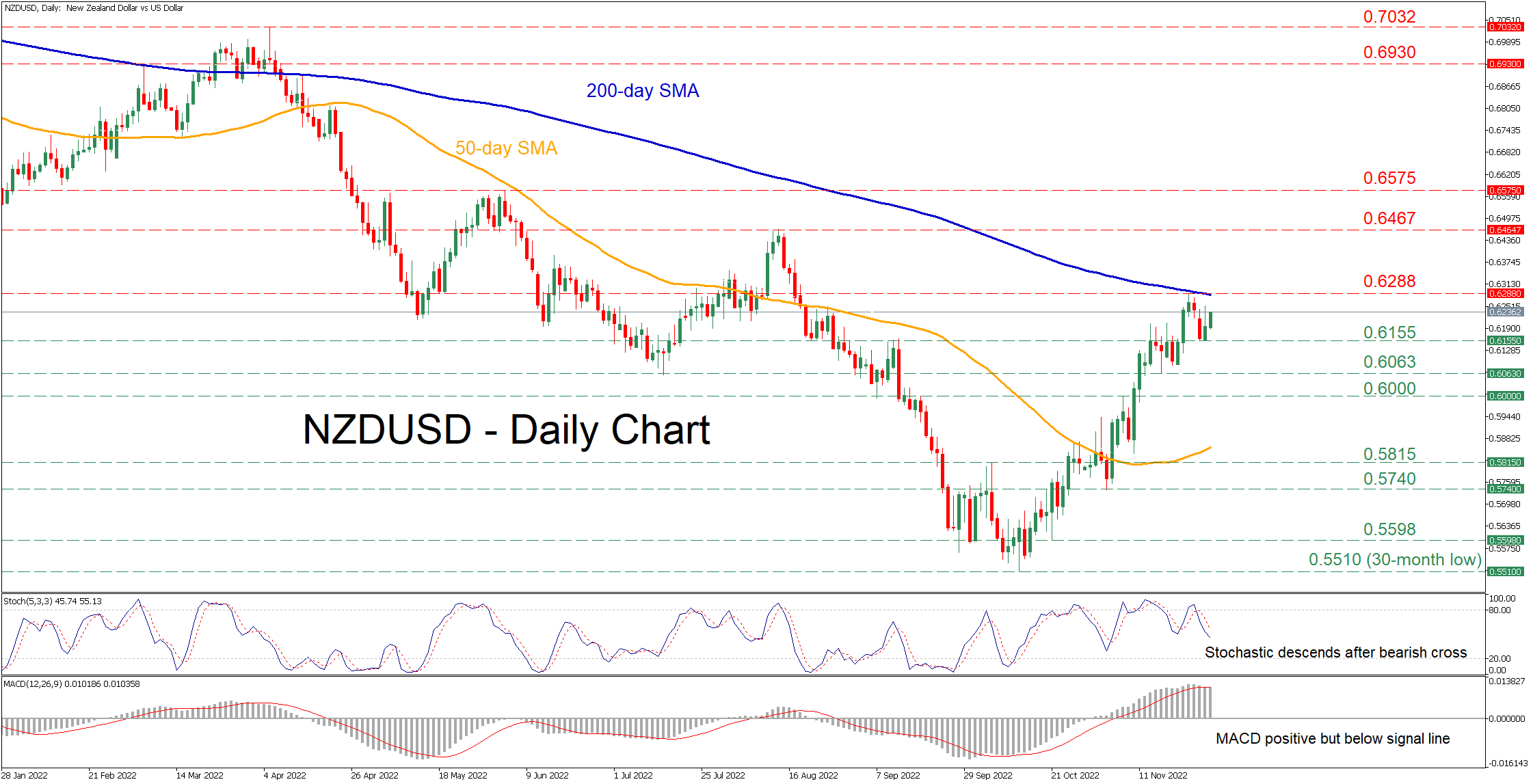