USDCAD had a lukewarm start to December, barely gaining bullish traction despite taking support from the 20-day simple moving average (SMA) at 1.3394.

The pair has completed two consecutive negative months, charting a bearish head and shoulders pattern around the 29-month peak of 1.3976. Even though the bulls attempted to deactivate the bearish structure above the 1.3500 neckline this week, the 50-day simple moving average (SMA) pressed the price aggressively lower, keeping negative trend risks alive.

In momentum indicators, the RSI and the MACD have been trending up since mid-November, but the former has yet to climb successfully above its 50 neutral mark, while the latter hasn’t exited the negative zone.

Nevertheless, there are a couple of support levels that may prevent an outlook deterioration. The upper constraining line from August 2021 might immediately attract attention around 1.3330 if the 20-day SMA at 1.3400 gives way. Then, the 38.2% Fibonacci retracement of the 1.2006-1.3976 at 1.3222 could defend the neutral trajectory in the short-term picture. Should selling forces persist, the tentative ascending trendline could next come to the rescue near 1.3120. Otherwise, the decline may stretch towards the 200-day SMA and the 50% Fibonacci of 1.2990.

In brief, USDCAD is lacking bullish signals, with traders waiting for a clear break above 1.3500-1.3565 or below 1.3330 to direct the market accordingly. 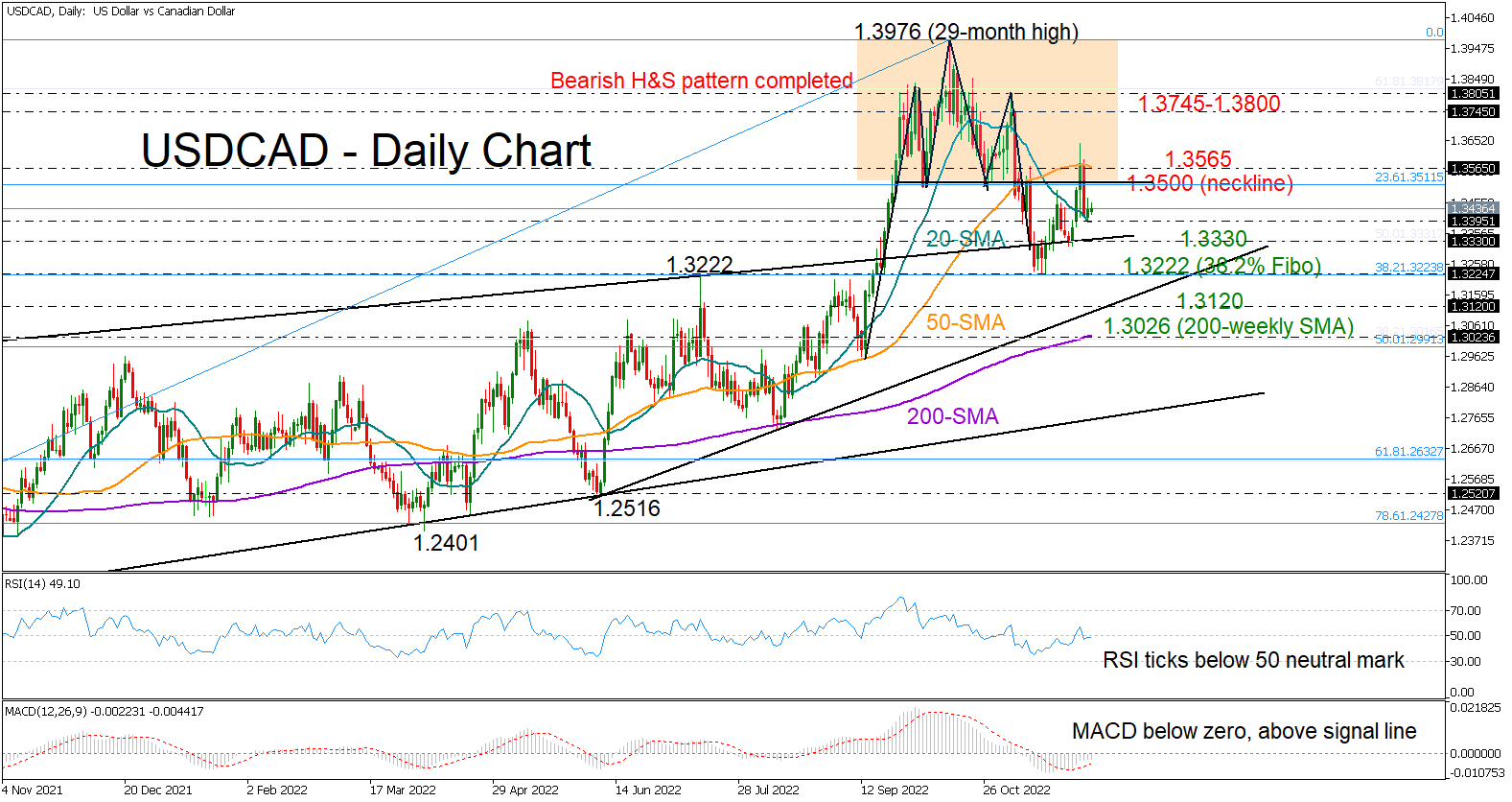