USDJPY shifted to the sidelines following last week’s aggressive downfall from the 142.00 area, consolidating its losses between 139.55 and 137.49.

Even though the pair is searching for a foothold near November’s low of 137.49, the technical signals have yet to identify strong buying motives. Particularly, the RSI has been struggling to gain ground following the exit from the oversold territory, while the MACD has been flattening slightly below its red signal line and within the negative area.

If selling pressures resurface below November’s trough, all eyes will turn to the 38.2% Fibonacci retracement of the 109.10-151.93 uptrend at 135.57. However, the 200-day simple moving average (SMA), which hasn't been tested since February 2021, could be a more important barrier at 134.50. A decisive close below it could confirm additional losses towards the 133.00 round level.

All in all, the ongoing sideways move in USDJPY remains exposed to a breakdown. A step below 137.49 could trigger the next bearish phase in the market. 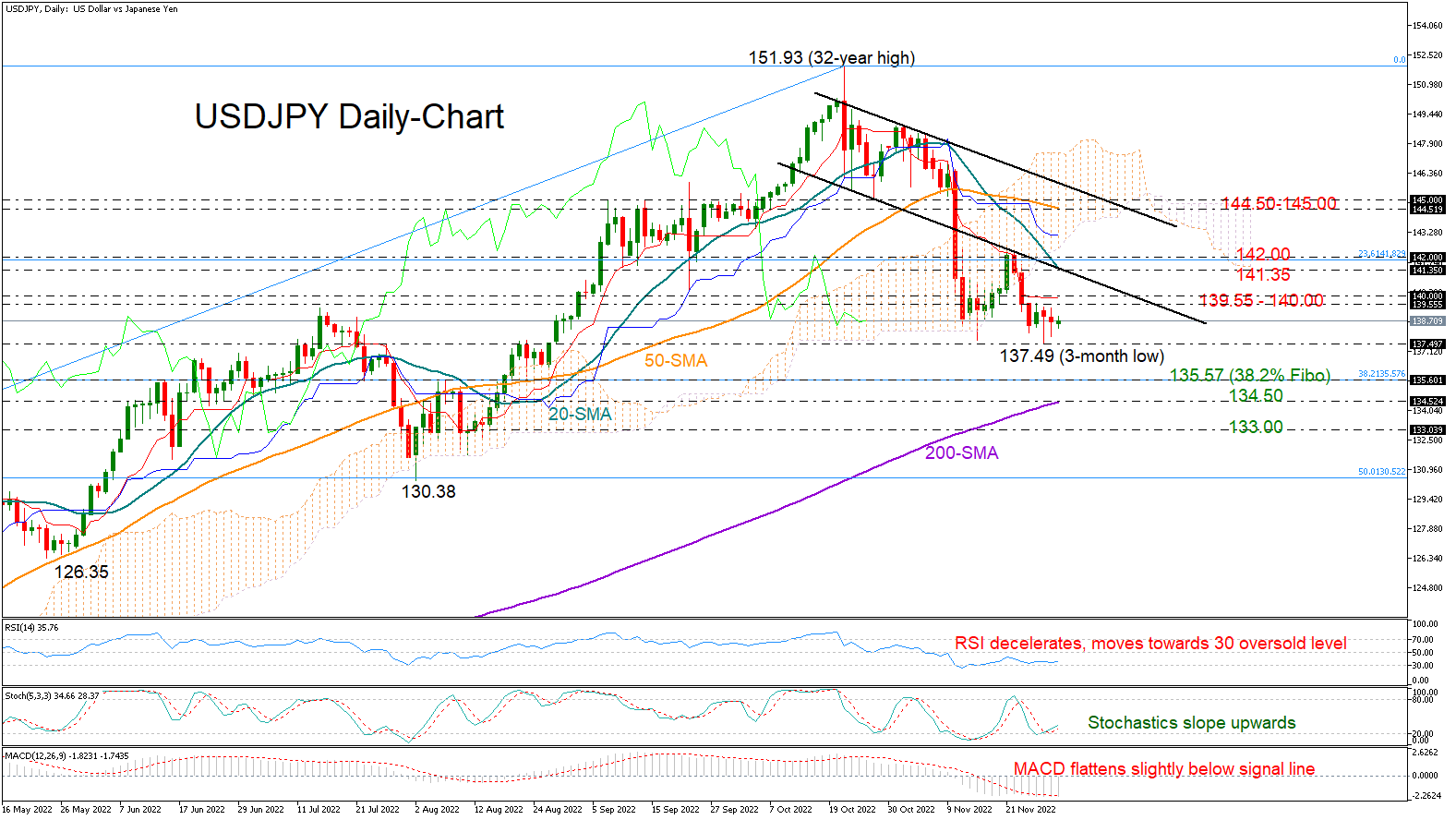