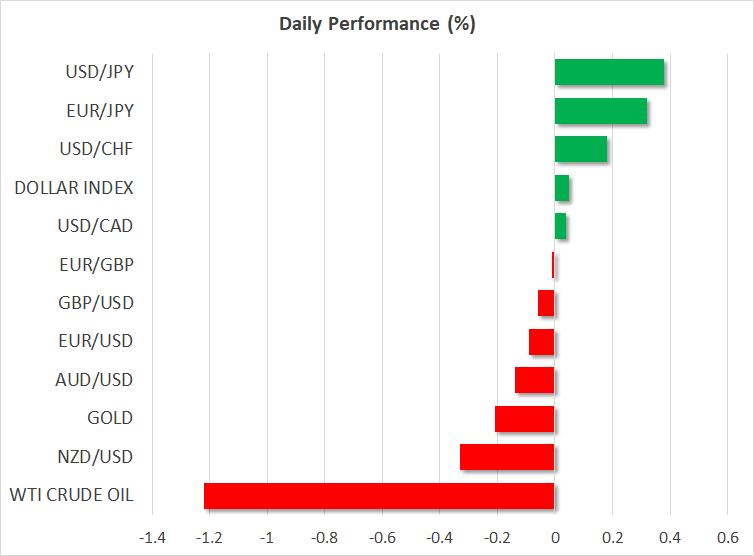 The month-long risk rally suffered a major setback on Monday after economic indicators out of the world’s two biggest economies did anything but shore up confidence in the growth outlook, reviving fears about a global recession. A raft of data on China’s economic health missed the mark in July, underlining fears that the road to recovery from the recent Covid outbreaks will be less smooth compared to the bounce back from the 2020 lockdown.

The deepening crisis in the property sector is hitting everything from investment to demand for construction materials to consumer sentiment, while the government’s reluctance to give up on its zero-Covid policy certainly isn’t helping.

But it’s not just China that investors are getting jittery about, as the US economy may also be fast losing steam. The Empire State manufacturing index plummeted in August to its lowest since May 2020 when the country was in its first Covid shutdown, while a key housing gauge also brushed a similar low.

Safe havens like the US dollar and Japanese yen jumped on the back of the worrying data, reversing some of their recent losses when they came under pressure from the improving risk tone. The greenback has now more than reversed the losses against a basket of currencies that followed last week’s soft US CPI readings, even as safety bids pulled Treasury yields lower.

The dollar index was edging above 106.70 on Tuesday to a more than one-week high.

Commodities have been on the backfoot this week amid renewed concerns about demand. Metal prices such as copper are under pressure, though their losses have been modest compared to oil. WTI and Brent crude futures plunged yesterday, hitting more than six-month lows, as China worries dealt a fresh blow to the energy commodity.

Signs that Iran and the West are inching closer to a new agreement on a nuclear pact are adding to oil’s downside.

Aussie and kiwi come crashing down

The combination of falling commodity prices and weakening growth picture in China – the world’s biggest consumer of commodities – has pummelled the currencies that are reliant on both. The Australian and New Zealand dollars fell sharply on Monday, with the aussie struggling to hold onto the $0.70 level today and the kiwi nosediving below $0.64.

The Reserve Bank of New Zealand is expected to hike rates by 50 basis points early on Wednesday, but it remains to be seen if there can be any boost for the kiwi from the decision as a less hawkish tone is possible.

The Canadian dollar was also one of yesterday’s worst performers, but it was steadier around C$1.29 ahead of domestic CPI data due later today.

The euro and pound, meanwhile, slipped further against the greenback, with the latter showing little reaction to reasonably solid UK employment numbers.

However, there were few signs of panic in equity markets as US indices notched up another set of impressive gains on Monday, extending the now two-month-old rebound. Tech stocks led the way, with Tesla jumping 3% after CEO Elon Musk boasted of the company’s latest milestone that it has now produced more than 3 million vehicles.

Lower bond yields are likely offsetting some of the impact from the negative headlines on the economy, while investors continue to draw support from the latest earnings season as well as from the growing signs that inflation in the US has peaked.

Still, Wall Street’s resiliency is questionable when considering that the market-implied Fed terminal rate has gone up in August and Fed officials have not altered their language following last week’s CPI miss.

As for Q2 earnings dispelling fears that the US is headed for a recession, that view will be put to the test when the major retailers report their results this week, starting with Walmart and Home Depot today.

In Europe, shares were in positive territory despite Dutch TTF natural gas futures surging again on Tuesday to the highest since March. Asian stocks were mixed, with Chinese indices finding some solace from the PBOC’s rate cut yesterday. 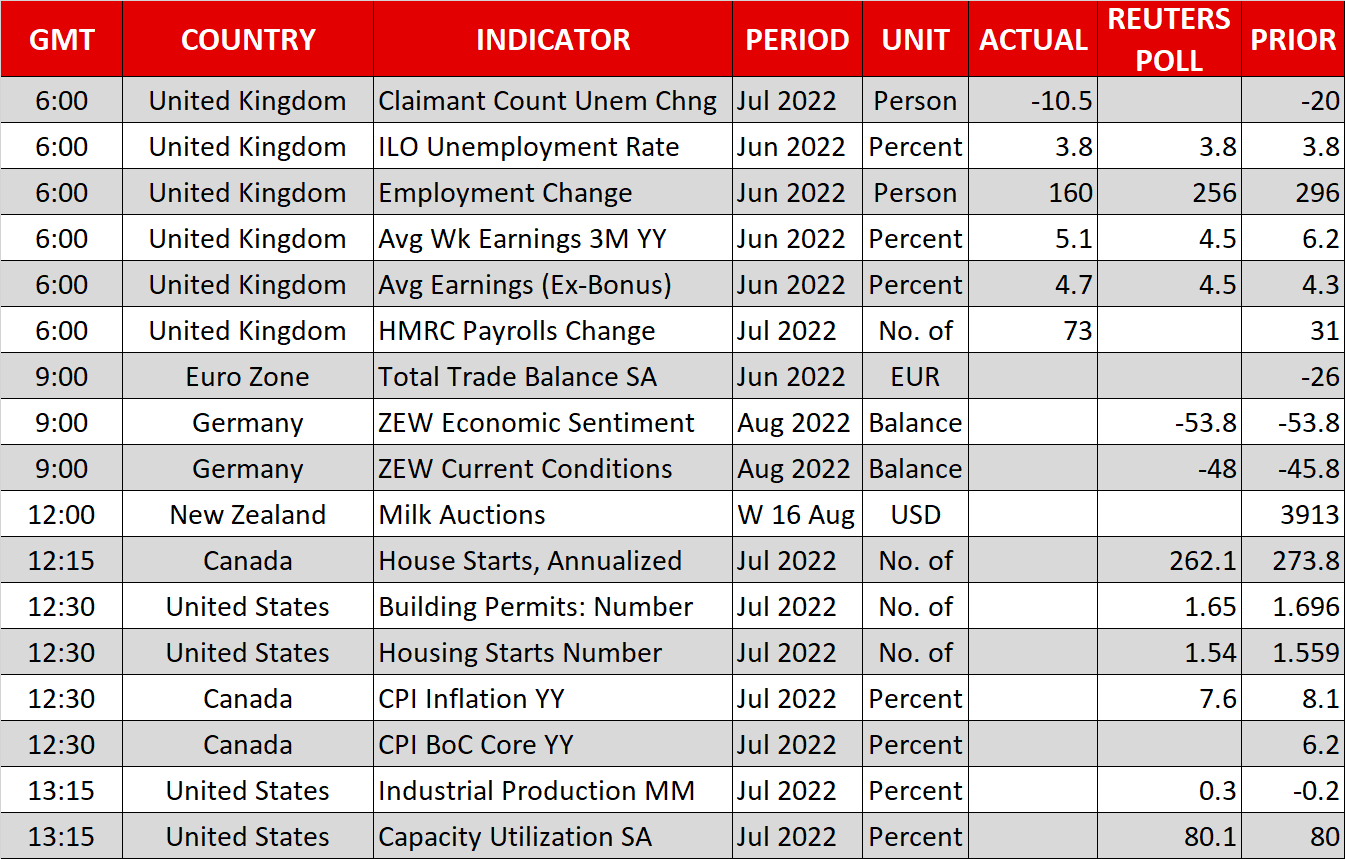